Home People & Planet With catastrophe looming, the world cannot turn its back on Afghanistan’s children

With catastrophe looming, the world cannot turn its back on Afghanistan’s children

With many children displaced or fleeing their homes since the Taliban takeover, the situation for children in Afghanistan is dire
23.11.2021
Patrick O'LearyProfessor, Co-Lead of the Disrupting Violence Beacon and Director of Violence Research and Prevention Program, Griffith University
Jianqiang LiangLecturer (social work), Griffith University

Children remain the most vulnerable in Afghanistan since the Taliban takeover. Photo by Shutterstock.

Months after the Taliban’s return in Afghanistan, there are grave concerns about the state of the country, and in particular, the lives of children.

According to surveys by the World Food Programme, 95% of households are not consuming enough food. The economy is on the brink of collapse, further exacerbating the threat to the livelihoods of children and their families.

The UN is urging the global community to not only boost its aid for the country, but also monitor the safety of women and children.

The crisis of starvation and malnutrition cannot be separated from the years of conflict and violence in Afghanistan. Generations of children have grown up in a world marked by trauma and disadvantage. There have been some seeds of hope to change the normalised acceptance of violence against children, but this was premised on institutional reform that now appears to have evaporated.

With western media attention on the country waning, we are urging the international community not to forget the plight of Afghanistan’s children, especially in the precarious months ahead.

A legacy of violence against children

There are different forms of violence against children in Afghanistan, including sexual violence, domestic and family violence, bombings of schools and other types of attacks and killings. From the start of 2019 to the end of 2020, more than 5,700 girls and boys were killed or maimed in Afghanistan.

While girls have been targeted in relation to accessing education, boys have been recruited to armed groups, such as the Taliban, in high numbers. Recent pictures of children with weapons in a demonstration against the Taliban shows just how perilous their safety is at the moment.

In Kabul, terrorists committed a horrendous attack on school children, most of them girls. The escalation of terrorism is alarming for peace and democracy in Afghanistan. World leaders must unite to safeguard school-children. My heart is with the #Kabul school victims’ families.

Sexual violence continues to impact both girls and boys, for example, with increases of early and forced marriages and the practice of bacha bazi, which involves men sexually abusing young boys.

Many children also lost their parents to violence during the long years of conflict. In response, orphanages play an important role in Afghanistan. However, the care these institutions provide is now compromised due to a lack of external and domestic funding. Some orphanages are even reducing the amount of food they can give children.

At the same time, the UN and other international humanitarian agencies were able to access vast stretches of the country and expose violations of children’s rights. Importantly, they were able to work to promote the rights of girls.

Despite the enormity of the task of improving children’s safety, the last few years have brought glimmers of hope that change is possible. For example, programs promoting peace and challenging community norms led to reductions in corporal punishment in schools and the home in the years preceding the Taliban’s return.

According to recent research, Afghan parents readily reported using physical violence against their children at home, but many considered some non-violent and positive forms of discipline to be more effective. At a personal level, some parents had discomfort with their use of violence because of their own experiences of trauma as children.

But support for societal change can be challenging. For example, research has found some religious and community leaders recognised their key roles in preventing family violence, yet were reluctant to speak out. This highlights the need for a whole-of-community response where parents feel supported to change the way they care for children.

From 2018-19, we evaluated the “Tsapar Project”, operated by the Swiss-based INGO Terre des Hommes group, which supports child rights and well-being. The program involved providing social work services and vocational training to children and women who were in conflict with the law as a way of re-integrating them back into society. These children and women were often from very poor families and had experienced violence.

The children who took part in the programs reported lower levels of abuse and neglect afterwards. Parent-child relationships were also improved. And vocational training resulted in a higher level of self-efficacy and improved mental health.

Overall, the children left the programs with a good sense of hope. For the women, however, the lack of formal employment often limited their options after they left and forced them to the margins of society.

The return of the Taliban will likely continue this trend, with further restrictions on women’s liberties and freedoms to pursue education and employment.

A call for global solidarity

With the Taliban back in power now and many international humanitarian agencies no longer operating in the country, how can these small gains be preserved? How can parents, teachers, community and religious leaders, and the new government authorities act in the best interests of children?

First, all stakeholders (including the Taliban) need to respect the history, culture, and diversity of Muslim communities in Afghanistan. The Taliban, in particular, needs to be aware of universal children’s rights and have a baseline respect for children’s rights to life, food security, and safety.

The Afghan people have shown an incredible capacity for resilience in the face of seemingly insurmountable odds. This means there is still hope under Taliban rule, but it will require the international community to find the right balance of working with the new rulers and applying the right amount of pressure.

There are already some signs this may be working, with some girls being allowed to return to the classroom in northern Afghanistan. Averting the current threat of starvation will be the next major test. 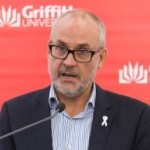 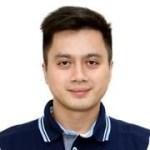