Home Economy, Policy & Business Why is inflation so low in Japan?

Government price controls, an ageing population and negative interest rates are among the factors keeping down inflation in Japan
11.10.2022
Victoria MastersonSenior Writer at Formative Content

Inflation in Japan has been low since the 1990s. Photo by Riccardo Chiarini on Unsplash.

It’s something many of us may be dreaming of right now, but it’s a reality for those in Japan

Its inflation rate stood at that level in August, putting it far below readings among its fellow G7 members. The United States had inflation of 8.3% in the same month, Canada 7%, France 5.9%, Germany 7.9%, Italy 8.4% and the United Kingdom 9.9%, according to data site Trading Economics.

So why are things different in Japan?

Why is inflation in Japan lower?

Japan’s economy has faced the same pressures as those of other countries, policy institute Chatham House notes. This includes the food and energy crises that followed Russia’s invasion of Ukraine, and supply chain issues as economies bounced back from COVID-19.

Two factors, though, may be behind Japan’s lower inflation.

The situation with wheat is similar. Japan imports most of its wheat through a government organisation that fixes resale prices for six months at a time. This has helped the country avoid the worst impacts of rising wheat prices following Russia’s invasion of Ukraine.

The second reason inflation may be lower in Japan is the slower pace of its recovery from COVID-19 than other G7 economies.

Tokyo lifted restrictions on economic activity more gradually. This helped limit inflation by “delaying the post-pandemic increase in demand that many other countries have seen”, explains Yasumune Kano for Chatham House.

Domestic demand in Japan is weak and this is keeping prices low, the organisation says. This weak demand is partly a result of low wages. Factors keeping wages low include more than a third of all jobs being part time or contract work. Unions are also focused on job security rather than higher pay, Focus Economics says.

But this hasn’t been the case in Japan, where interest rates have been below zero for six years, at -0.1%. They also haven’t been above 0.5% since 1995, Bloomberg reports.

Japan’s ageing and falling population is behind this low consumer demand, which is helping to keep down the inflation in Japan, Bloomberg adds. Older people are saving more and spending less to make up for the lack of return on their savings because of negative interest rates.

Japan’s labour force peaked in the early 1990s at just under 70% of the population, according to the International Monetary Fund. The labour force is now below 60%, making it the lowest among G7 nations. Japan’s population shrank by 300,000 last year.

While other countries are battling to stop inflation soaring, Japan has struggled with low inflation, low growth and deflation for decades.

Between 1960 and the late 1980s, Japan’s economic growth was double that of the US. But in 1989, there was a stock market crash and a banking crisis in Japan. Inflation in Japan has remained low ever since, and turned into deflation in the 2000s, and again during the pandemic.

Inflation has been low in Japan since the 1990s.

The current 3% rate of inflation in Japan is higher than the central bank’s 2% target. But underlying growth in prices – with the spike in energy and food costs stripped out – is still low, Moneycontrol.com says.

Inflation is a global challenge

The energy and food crises have turned inflation into a global phenomenon in 2022, with all advanced economies and 87% of emerging markets and developing countries affected, according to the World Bank.

But not every country is battling rising inflation. In Zambia, a range of measures have helped bring inflation down from more than 24% in August 2021 to 9.7% in June this year.

Inflation is also low in Switzerland, at around 3.5% according to Trading Economics. Wage restraint and an energy mix that reduces Switzerland’s exposure to rising oil and gas prices are among the reasons for this, Reuters reports.

Switzerland generated more than 60% of the electricity it needs from its own hydroelectric plants in 2021, according to data from the US International Trade Administration. 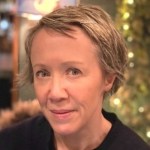 Victoria is a journalist for London-based content agency Formative Content, writing news blogs for the World Economic Forum on topics including climate change, biodiversity, inclusion, wellbeing, the world of work, the global economy and artificial intelligence.