Home Globalisation & Geopolitics Why are Japan’s leaders clinging to their Olympic hopes? Their political fortunes depend on it

Why are Japan’s leaders clinging to their Olympic hopes? Their political fortunes depend on it

The symbol of the Olympic Games at the Tokyo museum with the new stadium in the background. Postponed from March 2020 to July 2021, the Olympics getting cancelled could have an impact on the political landscape of Tokyo. Photo by Shutterstock.

With the spread of COVID-19 steadily worsening in Japan since the onset of winter — daily records for infections and deaths continue to be broken — the fate of the Tokyo Summer Olympics is again very much in doubt.

This week, former International Olympic Committee vice-president Kevan Gosper caused consternation in Japan when he suggested the United Nations might have to decide whether the Olympics and Paralympics can go ahead this year.

Japanese medical experts are also increasingly uncertain about the feasibility of the games being held. Even if vaccinations proceed around the world, it would still be extremely risky to allow in over 15,000 foreign athletes, plus tens of thousands of coaches, officials, sponsors and members of the media.

The Japanese public seems to agree. A recent poll by public broadcaster NHK showed 77% of those surveyed want the Tokyo Games either cancelled or postponed again.

Prime Minister Yoshihide Suga has nevertheless reaffirmed the government’s determination to hold the Olympics beginning on July 23. In his opening speech for the first session in the Japanese parliament on Monday, Suga vowed the government would bring the pandemic under control as soon as possible.

So, why is the government clinging to the hopes of holding the Olympics in the face of such challenges — and what are the potential costs?

Suga’s leadership is off to a bad start

Put simply, Suga’s political fortunes depend on it. If the Tokyo Olympics are cancelled, his premiership is almost certainly doomed and his ruling Liberal Democratic Party would no doubt face a harsher electoral challenge from the more organised opposition parties.

It has been a rough start for Suga since he took over from Shinzo Abe last September, largely due to his poor handling of the pandemic.

The conservative LDP government has consistently prioritised the economy over public health. With the backing of the Japan Business Federation, the powerful lobby group of Japan’s large corporations, for instance, Suga continued Abe’s “Go To Travel” campaign, which subsidised domestic tourism and support for the hospitality sector. He reluctantly suspended the program last month after it was blamed for spreading COVID-19 around the country.

Japan is getting ready to ban all entry by foreigners again from the 28th till the end of January.
Suga’s Go To Travel and Go To Eat have resulted in great defeat & COVID19 spike
....but the Japanese government is Going To Blame Gaijin #Omotenashi https://t.co/wAnHEj2gPO

Suga has also resisted taking stronger action to control the pandemic. He was finally forced to yield to pressure from local leaders and reintroduce a state of emergency for the Tokyo metropolitan region on January 7. This has since been expanded to other major urban areas, covering half of Japan’s population until at least February 7.

But this is less extensive than the month-long national state of emergency declared last April. The new measures still rely on voluntary cooperation by the public and businesses, with people being urged to stay home, and restaurants and bars asked to close by 8pm. Because the restrictions are not mandatory, some restaurants have started to break ranks.

Legislation is being considered in the Diet to introduce penalties such as imprisonment or fines for non-compliant individuals and businesses, but opposition parties have objected to any punitive enforcement measures.

The Suga government has also been criticised for a relatively low rate of testing, poor contact tracing and the slow roll-out of a vaccine, which is not due to start until the end of February.

To counter these concerns, Suga has appointed the ambitious administrative reform minister Taro Kono to take charge of distributing the Pfizer-BioNTech vaccine for the entire population.

One in six people in ‘relative poverty’

The economy has not been faring much better. While the official unemployment rate is around 3%, at least half a million Japanese have lost their jobs in the past six months. One in six are considered to be in “relative poverty”, with incomes less than half the national median.

About 40% of workers are employed in lower-wage, non-regular jobs, especially in the service industries, and have been the most vulnerable in the pandemic-related recession. Women, in particular, have been hit hard.

While the economy showed signs of growth in the last six months, it is expected to slow down again in the first quarter of 2021 before stabilising. However, the IMF is expecting a “gradual recovery” for the year, thanks to stimulus measures implemented by the government.

The Olympics loom over upcoming elections

Hosting the Olympics has always held an immense amount of political prestige, so failing to do so would be yet another blemish for the new government and could doom its prospects in the next national election, due by October 21.

Suga will also face another ballot for his party leadership on September 30. There are some rumours that a power-broker in the party, Toshihiro Nikai, could withdraw his support for Suga in favour of another candidate. One name being floated as a possible replacement is Seiko Noda, who could become the first female prime minister of Japan if this came to pass.

If the Olympics are cancelled, this would also have major implications for the popular Tokyo governor, Yuriko Koike, a fierce backer of the games. She was re-elected in a landslide last year, but her party could suffer in local elections this July if the games don’t go ahead.

Then there is the financial cost to the country. After the postponement last March, the official cost of the games rose by 22% to US$15.4 billion, though audits by the government have shown the true cost to be $25 billion.

The government, too, is responsible for all of the costs, with the exception of $6.7 billion in a privately funded operating budget.

This would add to the huge fiscal deficit and public debt the government has run up due to its stimulus spending to counter the pandemic. The draft budget submitted to the Diet this week was estimated at a record 106.6 trillion yen, or US$1 trillion.

The Olympic torch relay is due to start in Fukushima on March 25, which presents a deadline for a final decision on whether the games can proceed.

The IOC has said the Olympics cannot be delayed any further and will have to be cancelled if they cannot begin safely in July.

Unless the Suga government can quickly tackle the pandemic more effectively, it may soon find hosting the games has slipped beyond its control — and its political fate along with it. 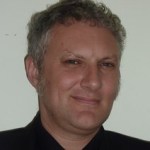