Home Opinion Who is responsible for Malaysian athletes’ welfare?

Who is responsible for Malaysian athletes’ welfare?

Malaysia’s national athletes deserve more, and it is imperative that significant efforts be made by national agencies and their related associations to care for its athletes
15.02.2022
Samantha ChehWriter at StoneBench

Malaysian disabled athletes and officials during the opening ceremony of the 9th Para ASEAN Games 2017 at Bukit Jalil National Stadium. Photo by Shutterstock.

When news of a para-athlete living rough on the streets of Kuala Lumpur hit social media in mid-January 2022, it ignited a nationwide reckoning on how we treat our athletes.

The para-athlete in question is Koh Lee Peng, a former swimmer whose skills and accolades won her seven gold and three silver medals at various international competitions. Local reporting revealed that Koh had been reduced to hawking tissues and other ad hoc goods on the street in an effort to supplement the meagre RM300 ($71.60) she receives in assistance from the National Athlete Welfare Foundation (YAKEB) every month.

In comparison, selling tissues brings in a monthly RM800.

It’s a shocking state of affairs, by any measure, and yet Koh’s case is not the first of its kind.

Back in 2019, former national sprinter Raduan Emeari made waves online when photos of him working at a petrol station surfaced. The National Sports Council (NSC) pushed back against criticism, citing that Raduan had initially rejected a posting with the national team due to familial obligations.

Worse still is the story of P. Mariappan, a two-time Paralympic Games bronze medallist, whose story was one of the first to shine a spotlight on the plight of athletes. In various news profiles, he detailed a post-career life characterised by destitution and disappearance into the folds of history.

The outcry following Mariappan’s revelations prompted a 2016 policy change that would reward medalled para-athletes with a pension, but the fact of the matter is that not all athletes win medals. And when they don’t, what happens to them?

Malaysia has produced some of the world’s most talented athletes, from abled sportsmen like Nicol David, Lee Chong Wei and Panadalela Rinong; to disabled athletes like Muhammad Ziyad Zolkefli, Siow Lee Chan and Ridzuan Puzi.

But the reality of their treatment outside the bright lights of international sporting arenas is calling much-needed attention to a key question: who is looking out for Malaysia’s athletes?

Evidently, there is little support in the upper echelons of government, based on the recent raft of news that have revealed how often the needs of Malaysia’s athletes have collided with the national agencies.

Similar to other countries, Malaysia runs two programmes to train sports talent: the Podium Programme and Kita Juara. Through these programmes, selected athletes receive a monthly allowance of between RM800-RM3,500, based on performance and rank. However, over the years, more attention has been paid to the scarcity of support offered to our national sportsmen.

Outside this allowance—which barely covers the cost of living in the capital Kuala Lumpur—national athletes are largely left to fend for themselves. Many rely on family money to fund their expensive training and coaches, while others, like national shuttler Lee Zii Jia, are moving abroad to play under the auspices of private companies and sports endorsers.

In late 2021, it was revealed that 144 athletes had been cut from the Podium Programme—a national initiative to groom sports talent—including Olympic medallist Cheong Jun Hoong, and Low Wee Wern, formerly the fifth best squash player in the world. Without the Podium Programme, many athletes now find themselves cut off from access to funding for the high costs of training at a professional level.

“It definitely feels like I’ve been used and then tossed away,” said Low to the New Straits Times.

The situation is even more dire when it comes to para-athletes who face much greater challenges in transitioning to life post sports and who—prior to the aforementioned 2016 policy change—were not entitled to the same benefits as their able-bodied counterparts.

A question of costs

Competing at an international level is not just a question of skill but also cost.

We may be accustomed to hearing about the astronomical salaries paid out to footballers, or the significant cash prizes won by esports athletes, but the truth is that some of our best athletes are barely scraping by.

In the US, the price tag of raising an Olympian can run up a significant bill as the costs of training, coaches, travel, gear and more add up to hundreds of thousands of dollars. In one New York Times report, the parents of one athlete said they easily spent $100,000 in swimming-related expenses in a single year. Athletes’ ability to recoup these expenses through endorsements are also hamstrung by the visibility of their sports – think about the social cache of a professional kayaker versus a tennis player.

Furthermore, the time and training required to compete at the highest levels of any sport can encompass an athlete’s entire life, leaving them little (if any) ability to hold down full-time jobs or obtain educational qualifications. A survey of US athletes post-COVID found that 59% made less than $25,000 a year, with around a quarter relying on non-sports-related employment for a living.

Malaysian power-lifter Mariappan told the Malay Mail that he had to leave his job as a tailor in order to train. Later, after the medals dried up, he would resort to selling ice cream.

What do we owe our national athletes?

These are just the athletes who have made it into the history books, but what about those who do not win a medal? In Malaysia, there isn’t much financial compensation for athletes who do not feature in a competition, despite having dedicated large portions of their lives to train and compete.

“Our concern should not just be for the one guy who will win but for the nine others who trained equally hard and did not make it to the podium,” said politician Steven Sim in a 2018 Malaysiakini opinion piece, quoting an official of the ​​Amateur Swimming Union of Malaysia (Asum).

Life after sports is a central concern among athletes. Though some retired athletes do find ways to remain in sports-adjacent roles, as coaches, trainers, or TV commentators, many do not. Many struggle to transition to a life with less structure, fewer immediate goals and little patience for under-stacked resumes.

The experience is worse for para-athletes, many of whom are moving into a world that is already hostile towards disabled people. Former swimmer Koh Lee Peng’s story is instructive: after leaving the world of para-athletics, she faced a huge amount of censure from everyday people for selling tissues on the street.

Yet what is clear from the old and hardly-new policies, there has been very little effort by national agencies and their related associations to care for athletes who have outlived their use. There are no pension plans, few post-career education opportunities, and even less love left for them outside the spotlight.

What do we owe these people who have dedicated their lives to perfecting their sports? What are they due for the service of competing on the international stage? And—most importantly—who is responsible for that work? It’s a question that has long remained unanswered, and likely will remain for years more. 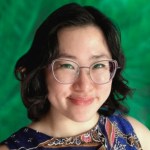 Samantha is a writer and editor based in Kuala Lumpur, Malaysia. She has over five years of experience covering the intersection of technology, business, finance, social issues and culture. She was previously a staff writer at Tech Wire Asia. Her work has been featured in local and regional outlets such as South China Morning Post, Tech in Asia, Reuters, and others. At StoneBench, Samantha writes and edits on a range of topics, with a special focus on technology and business.