Home Technology & Digitalisation Which are the world’s smartest cities?

Which are the world’s smartest cities?

We speak with the minds behind the 2020 Smart City Index released yesterday, which sees Singapore, Helsinki and Zurich top the global rankings
18.09.2020
An interview with
Christos CabolisChief Economist and Head of Operations of the World Competitiveness Center at IMD Business School
Arturo BrisDirector of the World Competitiveness Center and Professor of Finance at IMD Business School
Chan Heng CheeChairperson of the Lee Kuan Yew Centre for Innovative Cities at Singapore University of Technology and Design

Singapore maintains its top ranking in the 2020 Smart City Index released by IMD in collaboration with SUTD. Photo by Lily Banse on Unsplash.

The Institute for Management Development (IMD), in collaboration with Singapore University for Technology and Design (SUTD), released the 2020 Smart City Index yesterday, with key findings around the role technology is playing in the context of a COVID-19 era, in a way that will likely continue.

The index is based on a survey of hundreds of citizens across 109 cities in the months of April and May this year – at the peak of the pandemic. Respondents were asked questions about the technological provisions in their cities across the areas of health and safety, mobility, activities, opportunities and governance.

In all, there were six cities from the Asia-Pacific in the global top 20. While Singapore topped the global ranking once again, the other cities from the region at the top of the list were Auckland (4) and Taipei (8), followed by the Australian trio of Brisbane (14), Sydney (18) and Melbourne (20).

Unravel spoke with Christos Cabolis, chief economist at IMD, Arturo Bris, who led the work on the rankings as the director of the World Competitiveness Center at IMD, and Chan Heng Chee, who chairs the Lee Kuan Yew Centre for Innovative Cities at SUTD, about these findings. We also asked them what it is that makes some cities more successful than others in their endeavour to be ‘smart’. They also took questions around the concept of ‘second cities’.

Unravel: Why have we seen European cities fall in the ranking? Who are some of the biggest gainers and why?

Christos Cabolis: When looking at the ranking, we see fluctuations and movements, and a city can fall because others improve. We are also seeing cities leapfrog others as a result of technological, infrastructure and economic improvements. These biggest improvements tend to come from mid-sized cities in general, not only European.

Unravel: What are some of the common threads across the top-ranking cities?

Mr Cabolis: The top performing cities tend to be mid-sized in highly developed countries. These cities seem to have managed the diseconomies of scale of the largest cities (such as congestion and pollution), and do not have problems with corruption and security.

Unravel: What impact has COVID-19 had on the ranking of cities?

Arturo Bris: We cannot ignore the impact of COVID-19. Those with better technology manage the pandemic better. Smart cities are not the solution, but technology helps. It is also clear that the COVID-19 crisis is likely to widen inequalities between the haves and the have-nots of connectivity, both among and within cities. This is an aspect that will capture the attention of analysts and governments, both central and local.

Chan Heng Chee: Smart cities closer to the top of the rankings seem to deal with unexpected challenges of the devastating pandemic with a better outcome.

Unravel: You mention that COVID-19 is likely to widen inequalities between the haves and the have-nots of connectivity. Can you please explain this in greater detail?

Mr Cabolis: Technology is a tool to improve efficiency and the effectiveness of resources and services. Cities that fail to provide solutions to basic problems suffer from waste in provision and allocation. Citizens who don’t have access to these solutions, even in the best cities, can also miss out. Cities must ensure that solutions are provided to all.

Unravel: Why are smart cities more resilient? How does technology help in this regard?

Mr Cabolis: In general, by using technology, smart cities allow the same resources to be provided more efficiently and effectively. The technology is a tool to improve the lives of its citizens.

Smart is a relative term. Different cities use technology for different things. That might be preventing traffic, in the case of Paris, or improving citizen participation through offering free WIFI in Ramallah.

Unravel: Can you tell us more about the importance of developing second cities? What does it tell us about urbanisation and economic development in a country?

Mr Cabolis: The largest cities, whatever their stage of economic development, tend to have infrastructure problems such as air pollution, road congestion that increase exponentially with size. Developing second cities allows these challenges to be spread out, thought of, and therefore addressed. This also allows the cities to play different roles whether financial, administrative or industrial. And gives the opportunity for each city to learn from one other’s initiatives.

Mr Bris: Smart is a relative term. Different cities use technology for different things. That might be preventing traffic, in the case of Paris, or improving citizen participation through offering free WIFI in Ramallah.

At their best, the application of technologies within smart city initiatives provide solutions to existing problems. In the developing world these should be simple and robust solutions to the basic concerns such as healthcare that you mentioned. That is, solutions that improves the efficiency and effectiveness of the limited resources of healthcare services.

Smart cities closer to the top of the rankings seem to deal with unexpected challenges of the devastating pandemic with a better outcome.

Unravel: In your view, how do inhabitants’ perspectives of smart cities differ from those in rankings that are based on technological or economic aspects of smart cities?

Mr Cabolis: Smart city rankings that look at technological or economic aspects of smart cities tend to concentrate on a specific range of aspects – and tend to look at input factors, or what is offered to the residents of a city.

When looking at smart cities, the areas measurable by statistics are important, yet they are one component of the equation. The other component is their impact on the everyday lives of the citizens. And this is extremely important since it is they who live and use the technology in their daily life. Therefore, the ‘citizen-centric’ index we offer, that focuses on how citizens perceive the scope and impact of efforts to make their cities ‘smart’, can be a powerful tool to the decision makers of a city. 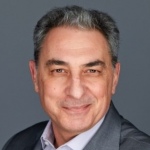 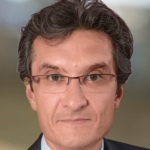 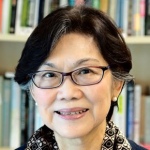 Ambassador Chan Heng Chee is Ambassador-at-Large with the Singapore Foreign Ministry. She chairs the Lee Kuan Yew Centre for Innovative Cities at the SUTD. She was elected the Global Co-Chair of the Asia Society in December 2017 and is a Council Member of the Asia Society Policy Institute. Previously, she was Singapore’s Ambassador to the United States and Singapore’s Permanent Representative to the United Nations with concurrent accreditation as High Commissioner to Canada and Ambassador to Mexico.