Home People & Planet What the outcomes of COP26 mean in practice

What the outcomes of COP26 mean in practice

With the COP26 completed, the real test is now. Photo by Anders Jildén on Unsplash.

The 2021 U.N. Climate Change Summit (COP26) has ended, but many questions remain on the agreements reached by the 197 parties as well as the pledges made by governments.

The Glasgow Climate Pact aims to phase down unabated coal power and end inefficient fossil fuel subsidies, while more than 140 countries have now committed to ending deforestation by 2030.

The two-week event also ended the legal wrangling over Article 6 of the Paris Agreement after six years of discussions, thereby providing a framework for countries to exchange carbon credits through the UN Framework Convention on Climate Change (UNFCCC) as a mechanism to reduce emissions.

Here, climate lawyer and policy advisor Stephen Leonard shares his views on these and other outcomes with David Henry, who writes for Landscape News.

David Henry: A group of governments and funders made a historic pledge of USD 1.7 billion to directly support Indigenous peoples and local communities. What does this mean?

Stephen Leonard: The increase in finance to support Indigenous peoples is a good step forward, but it’s going to be important that a lot of that finance is used to build capacity and support Indigenous communities on the ground, ensuring that they are in the position to fully understand the complexities of incoming carbon markets, carbon rights, tenure and some of the other difficult legal issues.

Mr Henry: Are there any aspects of the Glasgow Climate Pact (GCP) that may affect the pledge to end deforestation?

Mr Leonard: The GCP partly supports the pledge in that it places emphasis on protecting and conserving forests and ecosystems. However, this is focused on forests and ecosystems in a mitigation context only. The GCP does not recognize the importance of adaptation and resilience of forest-dependent communities in achieving these efforts. Such measures as securing land tenure provide significant support for resilience of Indigenous peoples to protect forests, and this needs to be further recognized in an adaptation or joint mitigation-adaptation context within the UNFCCC and more broadly.

Mr Henry: Is the timeframe for the deforestation pledge adequate?

Mr Leonard: 2030 is a long way out. Politically, it locks in another 10 years of deforestation. It would have been nice if the pledge had said 2030 or sooner. It’s also worth noting that the assessments on the New York Declaration on Forests (for pledged countries to have halved deforestation by 2020 and ended it by 2030) and the targets identified there – none of them are on track to be achieved. So why would we expect to achieve a halting of deforestation by 2030? I’m fairly sceptical on this, especially where some countries are seeking to take a ‘net carbon sink’ approach, which essentially means deforestation continues, but this is offset by restoration efforts and measured in carbon metrics. A question I have is whether, for example, peatland restoration – which can store very significant amounts of carbon – can be used as an offset for the equivalent amount of carbon emitted through deforestation. This would mean massive ongoing deforestation, offset against minimal peatland restoration efforts.

Mr Henry: In addition to ending deforestation, COP26 saw other countries make other pledges to achieve net zero, quit the use of coal and cut methane emissions. Did any of these surprise you?

Mr Leonard: I was expecting more countries to support these pledges, so I was disappointed, if anything. If we look at the energy transition pledges that came through, there were very low numbers of countries, and important countries didn’t sign on. I was probably more surprised about what wasn’t in the pledges and the countries that weren’t supporting the pledges. There was an important emphasis on coal, but not enough on other fossil fuels such as oil and gas. And the references to ‘unabated’ coal are problematic because this raises issues around incentivizing carbon capture and storage, burning biomass and other technologies, rather than seeing a phase-out of coal-fired power stations.

Mr Henry: How do you assess the greater focus on nature at COP26?

Mr Leonard: The final text provides some nice references to support actions to protect, conserve and restore forests and other ecosystems, hopefully incentivizing and scaling up public finance into these types of activities. References to nature-based solutions were removed in the final drafts, which is a good thing, in my opinion. Proponents of nature-based carbon offset markets would disagree with this view. There has been an emphasis on nature-based solutions within the UNFCCC, and it has created a lot of tension and confusion within the climate context because it’s basically the fossil-fuel industry’s approach to carbon offsetting.  Perhaps that term should just be left there.

Mr Henry: How does this relate to Article 6 of the Paris Agreement?

Mr Leonard: Insofar as Article 6 is concerned, the direct references to REDD+ (a mechanism to reduce emissions through forest management) were also removed in the final drafts. So, for now, forests are only included if the activity meets the strict additionality criteria required – referring to whether emissions reductions under Article 6 are additional to what would have occurred anyway – and applies the new baselines agreed under the new Article 6 mechanism. The potential for ‘hot air’ created through REDD+ has been significantly limited. The establishment of the Glasgow Committee on Non-Market Based Approaches opens an important space for new work related to forests and ecosystems, especially insofar as they contribute to adaptation and resilience.

This piece was first published on the Global Landscapes Forum and can be read here. 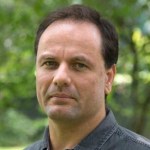 Stephen Leonard is an international lawyer who advises multiple organisations, including UN agencies and civil society, on climate law and policy. He has more than a decade of experience in the UN climate negotiations and expertise in climate finance, specialising in forests and ecosystems as well as the Green Climate Fund. He is the founder of international consulting firm Rationale Advisors and is on the boards of various legal organisations focused on climate justice.