Home Economy, Policy & Business What the blocking of the Suez means for global trade

The stranding of the Ever Given in the Suez Canal for close to a week is a reminder of global supply chain fragility
30.03.2021
Michael BellProfessor of Ports and Maritime Logistics, University of Sydney

The recent blockage of the Suez Canal once again highlighted the fragility of global supply chains. Photo by Shutterstock.

In the early hours of March 23, the container ship Ever Given was blown off course by high winds on its way through the Suez Canal. At 400 metres long, the Ever Given is longer than the canal is wide, and the ship became wedged firmly in both banks, completely blocking traffic.

Dredgers, excavators and tug boats are working frantically to free the ship, but the operation may take weeks, according to the head of one of the rescue teams. About 10% of the world’s maritime trade passes through the canal, which allows ships to shorten the trip between Europe or the American east coast and Asia by thousands of kilometres, saving a week or more of travel time. 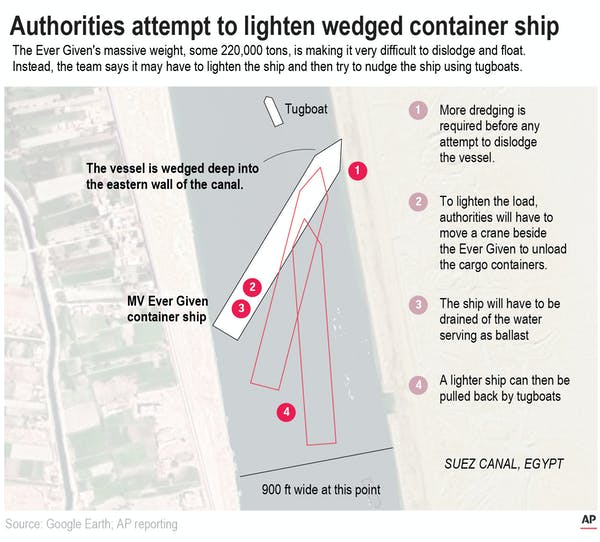 Around 50 ships a day pass through the canal under normal circumstances, split almost equally between dry bulk carriers, container carriers (like the Ever Given) and tankers. As the blockage continues, some shipping lines are considering diverting ships around Africa rather than wait for it to clear.

Coming on top of the COVID-19 pandemic, this event has highlighted the fragility of global supply chains – and is likely to accelerate changes in the world economy that were already under way.

The blockage is disrupting important energy trades, but probably not dramatically as there are alternative routes and sources should the blockage last a long time.

About 600,000 barrels of crude oil are shipped from the Middle East to Europe and the United States via the Suez Canal every day, while about 850,000 barrels a day are shipped from the Atlantic Basin to Asia also via the Suez Canal. While the SUMED pipeline, which runs parallel to the Suez Canal, will enable some crude to continue to flow between the Mediterranean and the Red Sea, European and North American refiners will want to replace Middle East oil with oil from sources that don’t usually pass through the canal. Similarly, Asian refiners will want to replace North Sea crude oil.

Interest is growing in shipping crude oil around the Cape of Good Hope, which adds seven to ten days to the shipping time from the Middle East to Europe and North America, increasing the demand for ultra large crude carriers.

While the rerouting of crude oil is unlikely to have much effect on oil prices generally, as inventory levels are currently high, this comes at an opportune moment for crude oil tanker owners, as the charter rates for such ships have been rock bottom due to the depressed global demand for oil and the aftereffects of pandemic lockdowns. Owners of tankers carrying refined oil or LNG can expect a similar increase in demand for their ships and therefore charter rates.

A reminder of supply chain fragility

For commodities such as oil, LNG, coal and iron ore, there is a world demand and a world supply which must balance. However, one source can often be substituted by another. This means the blockage of the Suez Canal will affect the spot price of commodities locally and the charter rates for the ships that carry them, but the trade will continue.

It’s a different story for products carried by container ships like the Ever Given. These products tend to be highly differentiated and more difficult to substitute. The blockage of the Suez Canal will undoubtedly cause shortages of specific products around the world, either because they don’t arrive at their destinations on time or because manufacturers run short of key inputs or components.

Shortages will remind manufacturers of the fragility of global supply chains, and they may look at how to reduce their dependency on specific sources, particularly those that are distant and rely on container shipping.

Advances in technology associated with digitisation and automation are making manufacturers less dependent on large skilled workforces found only in certain parts of the world. Production is becoming more mobile and therefore able to locate closer to the markets served.

More mobile production, along with the continued miniaturisation of some products (for example, flat screen TVs becoming ever flatter) and the advancing digitisation of things like books and manuals, is gradually shrinking global supply chains and reducing freight-kilometres, measured in terms of value or volume. Major disruptions such as the COVID-19 pandemic and the blockage of the Suez Canal can only hasten this development.

This trend predates the pandemic and the current blockage. It can be seen in a number called the world seaborne trade-to-GDP multiplier, which measures how much of the world’s economic activity depends on shipping.

Who will pay the price?

The cost of the disruption caused by the blockage of the Suez Canal will weigh heavily with the insurers of the Ever Given. The ship is owned by Japanese firm Shoei Kisen Kaisha and chartered to the Taiwanese line Evergreen. The hull and machinery are insured on the Japanese marine insurance market, but at the moment damage to the ship appears to be minimal.

The major costs are loss of earnings by the Suez Canal Authority while the canal is closed to traffic, and losses incurred by the owners of the cargo in the many ships held up by the blockage. Depending on how long the blockage lasts, these may lead to huge insurance claims. Third party claims are covered by the London P&I Club, which is reinsured by the International Group of P&I Clubs.

In the long term, however, the blockage may be a good thing. If it offers a further nudge to shorten supply chains, the benefits to the global economy and environment will surely outweigh the cost to the insurers. 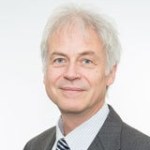 Professor of Ports and Maritime Logistics, University of Sydney