What Singapore’s green ambitions could mean for the world

From its roots as a trade centre to its present-day position as a pioneering tech hub, Singapore is poised to emerge as a carbon trading capital connecting East to West for a greener, carbon neutral world
24.05.2022
Bo BaiExecutive Chairman and Co-Founder of MetaVerse Green Exchange

A lake in the shape of human footprints in the middle of a lush forest as a metaphor for the impact of human activity on nature in general. 3d rendering by Shutterstock.

Europe has long been the de facto leader in the sustainability agenda. From spearheading forward-looking guidelines to regulating the EU’s carbon removals market to goals of becoming the first climate-neutral continent through the European Green Deal, Europe has held its position and reputation as the international benchmark for ESG mandates.

Most recently, the European Union (EU) launched the Carbon Border Adjustment Mechanism (CBAM), adding to its repertoire of sustainability-driven policies. Expected to come into effect by 2026, the CBAM is a key element of the ‘Fit for 55’ plan to cut greenhouse gas emissions in Europe by 55% by the end of the decade. Ultimately, the CBAM aims to prevent carbon leakage – which is the rise of greenhouse gas emissions in other countries as a result of companies moving operations outside of the EU to avoid stringent climate policy. Goods entering the bloc will either need to prove their low-carbon credentials, or pay tariffs based on the level of emissions.

While such ambitious frameworks raise the bar for national sustainability initiatives across the EU’s trading partners, the CBAM has also been criticised for being inherently protectionist and discriminatory towards emerging economies, with the implication being that the mechanism favours businesses that choose to produce their goods within the bloc.

As such, impacted industries from emerging economies may have to turn to alternative carbon trading hubs to cushion the potential financial blows posed by the CBAM. Singapore for one, is already an economic and technological powerhouse in the Asia-Pacific region, and is advancing to rival the EU in the fields of carbon trading and green financing. With its established network of free trade agreements as the world’s second most globally-connected economy, Singapore serves as a key gateway from East to West.

Positioned at the centre of major shipping and aviation routes, Singapore continues to cement its position as an essential hub for green finance, which begs the question: how can the nation-state capitalise on its position as a hub for trading and logistics within Southeast Asia to become a necessary and trusted gateway for accredited carbon neutral trade entering the EU?

Southeast Asian nations heavily rely on trade with the EU and the region is a major exporter of machinery and raw materials to Europe, with total exports reaching an all-time high of €136 billion (approximately S$200.6 billion) in 2021. In fact, almost half of all the emerging economies in Asia-Pacific are dependent on exporting commodities. As the CBAM is set to target imports with a high risk of carbon leakage such as iron, steel, aluminium and electricity, emerging economies from the region will be at a further disadvantage, especially since most lack or have limited carbon pricing mechanisms in place.

In today’s interconnected global economy, such regulations will inadvertently impact local producers within Europe as well. Taking the example of the agricultural machinery industry where equipment expenditure accounts for up to 40% of production costs, a hike in the price of machinery and raw materials would in turn impact the overall agricultural production and yields in the EU.

Additionally, the CBAM has called for more stringent reporting requirements for importers and exporters, holding them accountable for documenting carbon emissions. While this is no doubt a progressive step toward having a clearer understanding of where we stand today and how much more needs to be done to combat climate change, there are still shortfalls in carbon calculations that still need to be addressed, making it even more challenging for firms to document its emissions.

Despite technological advances, carbon reporting remains primarily manual, relying on traditional tools such as Excel, even when it comes to reporting emissions to the United Nations. As the carbon trading market has yet to catch up to the tech industry and streamline reporting processes, human error and lack of trust in reporting processes leave room for EU officials to dispute the accuracy as much as adequacy of an exporter’s offsets as goods enter the EU.

New technology is beginning to overhaul these analogue systems and inject integrity into the reporting process. The good news is that there are platforms that help simplify the measuring, reporting and analysis process for businesses, enabling them to verifiably measure their emissions via blockchain-powered infrastructure. However, until such solutions are adopted at scale, carbon calculations will continue to be far more complex than need be.

Ensuring the flow of global trade, supporting emerging economies as they navigate new regulation and combating the climate crisis will entail new approaches. Singapore has fast cemented its position as a catalyst for sustainable growth in the region and is well positioned to lead the charge. Most recently, Singapore was selected by the World Bank for the Climate Warehouse initiative to anchor the international effort to make the global trade in carbon credits more transparent and trustworthy. Noting Singapore’s world-class market and trading infrastructure, strong governance, and skilled labour force, the nation was a natural choice for the World Bank to champion a well-functioning carbon market.

Being surrounded by some of the richest economies in natural resources, Singapore finds itself in a strategic position to bridge ASEAN countries and ensure they are compliant with today’s CBAM regulations. With Singapore’s technology and conducive landscape, the nation has the potential to become the gateway for carbon-neutral trade entering Europe, ensuring that goods being exported by non-European firms to the EU are CBAM-compliant.

Products entering Singapore from across Asia can be assessed for their carbon impact (including transportation), negated of its emission through carbon credits and be verifiably certified. By ticking all of the boxes required by CBAM, Singaporean processes could become the gold standard by which carbon neutrality is judged, allowing Asian producers to continue to trade competitively with Europe while also reducing exposure to the full costs of CBAM.

Southeast Asia holds a $1 trillion green economy opportunity and Singapore’s prominence in the region makes it a paramount hub driving carbon neutrality and supporting regional firms to align with international carbon policies. With all the necessary tools and having a conducive ecosystem for a vibrant carbon trading capital already in Singapore’s pocket, it is just a case of maximising its position as a vital gateway connecting East to West. By building a strong market for carbon measurement and offsetting solutions, Singapore can support the region’s business ecosystem to overcome some of the biggest challenges in meeting its sustainability commitments. 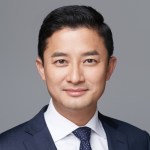 Dr Bo Bai is executive chairman and co-founder of MetaVerse Green Exchange (MVGX). Before co-founding MVGX, Dr Bai founded the Asia Green Fund, an award-winning impact private equity firm with around $2 billion assets under management. He was a partner and managing director for Warburg Pincus from 2009-2016, where he led its investments in the energy, industrials, and business services sectors in Asia. Previously, he worked at First Reserve Corporation and Goldman Sachs. Dr Bai is also the Chairman of East Low Carbon, and a director of Capital Heating, Four Rivers, Hosjoy, Huitongda, Low Carbon Environment, and AIPark. He is also a founding member of the China Impact Investment Network (CIIN).