This is the second of three pieces, first published by the UK National Committee on China, that examines the role nationalism plays in China today.

Economic nationalism is best described as the deployment of economic means, including but not limited to subsidies and protectionism of particular firms; boycotts and pressure campaigns by consumers; and heightened barriers to entry for foreign capital and investors, to shore up a political agenda that bolsters a nationally oriented sense of belonging and pride (see Gerth 2012, Helleiner 2020).

The historical origins and trajectory of economic nationalism in China

China is no stranger to economic nationalism. State-driven, export-driven mercantilism – first touted by Sun Yatsen – came to underpin Deng’s approach to reform and opening-up. Whilst China shifted towards greater privatisation and decentralisation in the 1980s, the 1990s saw state-driven, top-down investment into infrastructural growth (Huang 2010) and carefully controlled deregulation of markets, complemented by an assertive brand of nationalism. Indeed, economic nationalism helped pave the way for China’s economic rise and subsequent accession to the WTO in 2001, while mollifying domestic citizens.

China’s economic take-off gave its people confidence in its culture, political system and economy. The notion of a robust, resilient Chinese people that could “say no” to Western ideals and beliefs began to reassert itself. And the emphasis on domestic consumption and production to drive economic growth increased China’s confidence in its quality of manufacturing. Consumers increasingly made spending decisions based on national pride and interest.

The Hu-Wen administration of the early 2000s placed an emphasis on social stability and cohesiveness through a ‘harmony’-driven governing ethos. During this time, grassroots nationalism ebbed and flowed – though it was always carefully managed by the ruling authorities. The government wanted to keep nationalism in check to continue China’s economic growth. Where there were nationalistic outbursts resulting from perceived affronts to national sovereignty, the Chinese state deftly embraced a mixture of censorship and rhetorical downplaying to mollify mass sentiment.

An illuminating account of this is offered by Zhao 2008, who argues that the Chinese state in the late 1990s and 2000s sought to both harness and rein in domestic nationalism in justifying and supporting its foreign policy.

Consider the mass boycotts and protests against Japanese goods in August and early September 2012. What had begun as reactive protests against the Japanese government-initiated purchase of the Diaoyu/Senkaku Islands, escalated into targeted and violent attacks on Japanese businesses and firms within China. Heiwado, a Japanese department store in Changsha, was sacked and looted.

Viewing public outrage as having done enough to establish the government’s stern displeasure at Japan’s unilateralism, provincial and local governments moved swiftly in mid-September to break up the protests and quell the broader civil unrest through harsh, punitive measures.

The Chinese government was cognisant of the double-edged sword that citizen nationalism presented. On the one hand, it serves as a signalling function to foreign governments concerning matters of strategic interest. On the other hand, nationalistic protests that persisted without restraint could lead to effects on public order and have dangerous spill-over implications for China’s relations with neighbouring countries and foreign companies.

China needed foreign firms to enter and invest into China. This case demonstrated how excessive public bellicosity would do neither the government nor the people any favours.

The rise of a more assertive economic nationalism

Fast forward a decade, China’s domestic response to foreign economic players has markedly shifted. This is due in part to China’s significant economic advances over the past decade and in part to an increasingly trenchant foreign policy driven by an ideological and vision-based purity. Bellicosity and animosity towards the West are scaling new heights. There exists a growing population amongst Chinese youth (though by no means representative of all in the generation) who view China’s rise as inevitable and the West’s weakness as demonstrative of both its moral and geopolitical failings. Brown (2021) in China in Five Cities: from Hohhot to Hong Kong, and Fish (2017) in his China’s Millennials: The Want Generation provide excellent accounts of these Chinese millennial attitudes.

Growing racism and tensions between Chinese migrants and students in the West and their host countries have bolstered the sentiment that China is under siege from powers that are hostile to its rise. The nationalistic attitudes and speech-acts of Chinese consumers, citizens, and certain diplomats in relation to economic activities have only increased in ferocity.

China’s approaches to foreign businesses and its handling of economic nationalism have shifted considerably over the past decade. Far greater emphasis is now placed on the policing of the ideological and political stances (as regards to Chinese affairs) of domestic and foreign brands competing in Chinese markets. Moreover, the consumer base is more openly nationalistic than before.

Observers often note that growing nationalism has raised costs for foreign firms operating in China, making the country less attractive to multinationals. In 2017, Korean conglomerate Lotte Group agreed to allow the US and South Korea to deploy an antimissile system on Lotte-owned land in Korea.

Western apparel and footwear companies have been particularly affected by controversy over the use of Xinjiang cotton. Firms that stopped using Xinjiang cotton have been met with vociferous opposition and costly boycotts from Chinese consumers.

In 2021, Chinese social media became flooded with angry messages after Nike said it was “concerned about reports of forced labour” in Xinjiang and stated that the company would no longer purchase textiles from there.

Nike’s revenue in China decreased by 9% from 2021 to 2022. With rising pressure to declare a public stance – particularly on China’s core interests such as Taiwan and Hong Kong – large multinationals feel increasingly pulled in different directions by their Chinese and western consumers.

The first reason is the ideological orientation of the Chinese government under President Xi Jinping, who views territorial integrity and national security as overarching priorities. While the contribution to economic growth that foreign companies bring remains important, it is by no means the most important factor to the current leadership. Ensuring that companies adhere to Chinese positions on what China sees as its core interests is paramount.

So while boycotts and mass pressure campaigns may make companies uneasy, they also work in enforcing broad compliance with ideological lines. Earlier this year, a Chinese company, Miniso, which has openly co-opted the aesthetics of Japanese retailers Uniqlo and Muji, faced substantial backlash from consumers. Many found the cultural mimicry inappropriate, given the historical animosities between China and Japan. The company has since profusely apologised for pretending to be a Japanese brand and thereby offending Chinese consumers. Miniso has promised to “export the correct Chinese culture and values.” This is an example of the effectiveness of consumer pressure and boycotts. The second aspect is that the economic calculus of the Chinese state has shifted in reaction to China’s heightened demand-side leverage as its economy has grown. The Chinese consumer market is simply too large to miss out on. Estimates by Marco Polo, a think tank, suggested that between 2020 and 2025 another 240 million citizens are likely to reach middle income status, bolstering the size of China’s middle class to 650 million by 2025. Indeed, Starbucks recently declared its intention to increase its number of stores in China, its second largest market, from 6,000 in 2022 to 9,000 by 2025.

The final reason is that China is more self-sufficient now. China is less dependent than it was ten to fifteen years ago on the provision of quality goods and services by foreign firms. Lotte’s departure left no gap in the market – Chinese retailers are anyway much more successful in understanding the needs of local consumers. Under his Dual Circulation Strategy, Xi Jinping has placed greater emphasis on “increasing self-sufficiency in essential industries through improved innovation” and “becoming a worldwide manufacturing hub of high-value-added goods”.

China is perhaps less concerned about the exit and withdrawal of foreign firms, as companies of its own, with greater controllability and dependence upon the Chinese state, rise to the challenge.

The rise of economic nationalism in China is to some extent understandable: whether it be from the country’s economic rise since reform and opening-up or from historically rooted grievances at perceived infringements upon China’s territorial sovereignty. Yet Chinese decision-makers must also recognise that assertive economic nationalism is a risky gambit. In time, growing popular sentiment may eventually come to hamper the Chinese state in its ability to attract and open up its economy further to foreign firms, bringing valued investments and capabilities. For now, however, nationalistic sentiments have seemingly won the argument. 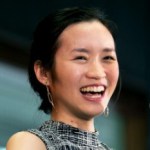 Margaret Siu is a JD candidate at Harvard Law School, where she chairs the Harvard Trade Forum and studies the legal aspects of US-Chinese cross-border dealmaking. In the past, she researched for the Center for Strategic and International Studies. She is also on the board of advisors for the Oxford Silk Road Society and is the Chair of Apricity Magazine, an international award-winning arts magazine. 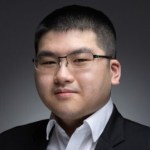 Brian Wong is a geopolitical strategist and advisor publishing extensively on Sino-American relations, statecraft in Asia, and public policy. Brian also currently sits on the Advisory Board to OxStu, the largest Oxford-based student newspaper.