The cost of China's land expansion aspirations is exorbitant – denting it both financially and in terms of its international reputation
20.12.2022
Bill HaytonAssociate Fellow, Asia-Pacific Programme at Chatham House

The Taipei skyline. Photo by Ethan Lin on Unsplash.

This is the first of three pieces, first published by the UK National Committee on China, that examines the role nationalism plays in China today.

From the high Himalayas to the semi-submerged reefs of the South China Sea, China has asserted this line time and time again. Even now it seems determined to fly a Chinese flag over every barren hectare.

The ongoing cost of this exercise is astronomic, both in financial terms and to China’s international reputation.

A 2015 Chinese news report put the cost of building one artificial island in the South China Sea at over $11 billion, and China has constructed seven of them in the Spratly Islands since 2013, along with others in the Paracel Islands.

These vast construction projects, together with other actions in the South China Sea, have alienated a considerable swathe of opinion in Southeast Asia and beyond. The annual survey conducted by the ISEAS-Yusof Ishak Institute in Singapore has shown a steady drop in affection towards China in recent years. The 2022 iteration of the survey found that well over half (58.1%) expressed either “little confidence” (33.3%) or “no confidence” (24.8%) in China to “do the right thing” to contribute to global peace, security, prosperity and governance.

The situation with India is similar.

Confrontation in the Himalayas has cost China the lives of dozens of soldiers, along with the expense of maintaining garrisons and support infrastructure at high altitudes. Meanwhile, the proportion of Indians holding unfavourable views of China rose from 32% in 2015 to 46% in 2019, according to the Pew Research Center. After clashes between soldiers from the two countries in 2020, Indian opinions moved even more negative.

Does Beijing care about any of this? It would seem not. General-secretary Xi Jinping’s repeated instruction to China’s media and diplomats to “tell China’s story well” seems predicated on the idea that China’s behaviour is benign and that everyone else just needs to see the world from Beijing’s point of view. China’s public diplomacy shows no sign of being interested in opinions that run counter to the views in the Party headquarters in Zhongnanhai.

Within China, there is no public discussion about the nature, or the history, of these territorial claims or whether the cost of pursuing them is worth the result. Xi has raised the status of the claims to a nationalistic totem. In his speeches, what he calls the ‘great rejuvenation of the Chinese nation’ will only be complete when every square centimetre of hillside and coral reef has been ‘returned’ to the motherland.

If you listen to the speeches of Xi and other Chinese officials, you might think that these pieces of land are ancient possessions of the Chinese nation. In 2010, State Councillor Dai Bingguo wrote that “China’s territory has basically been what it is today since the Western Han Dynasty (206 BC–AD 24).” One of Xi Jinping’s main rhetorical themes is China’s “5,000 year-old civilisation” suggesting that these territorial claims may be even older.

A more detailed review of the history of these claims, however, demonstrates that they are not so much ancient possessions as twentieth century inventions. They very idea of hard and fixed borders was only introduced into East Asia by the European powers, Russia, Britain and France, as they extended their imperial domains. The Qing Great State, the Manchu empire that ruled most of East Asia from the mid-seventeenth century until the early twentieth, ruled through subordinates and proxies without any need for defined frontiers.

This was particularly true in Tibet, an autonomous ‘protectorate’ within the Qing Great State until it declared independence during the Chinese nationalist revolution. It was only after this, in 1913/14, that Britain, as the imperial power in India, and the Tibetan leadership attempted to define a precise border between them. This was rejected by the Chinese government of the time, and since.

The details are complex, but the broader point is that the disputed frontier dates only to this period. The claims in the South China Sea are even more recent. The first Chinese official to plant a flag in the Spratly Islands did so only in December 1946.

Objectively, therefore, the Chinese government is engaged in an expensive, reputationally-damaging effort to assert control over pieces of land that have minimal intrinsic worth and only became subject to a Chinese territorial claim as a result of a series of historical accidents over the course of the past century. Despite this, the Beijing leadership is doubling down on the very behaviour that has caused the world’s negative reaction. The question has to be ‘why?’

As I set out in my book ‘The Invention of China’, this obsession with territorial sovereignty emerged from the collision of Western and Eastern ideas in the late nineteenth and early twentieth centuries. The European idea of sovereignty was given a moralising twist when it was translated as the Chinese term zhuquan. Then, in the 1920s and 1930s, a discourse of ‘national humiliation’ was propagated by the ruling Guomindang party of Chiang Kai-shek as a means of generating popular loyalty to the Republic of China. Through schoolbooks, atlases and maps, the Guomindang sought to promoting feelings of anger and hurt about the alleged loss of Chinese territory in earlier epochs.

The result has been a reification of territory as a symbol of national redemption and pride. At present the primary focus of this reification is the island of Taiwan.

For all except four of the past 127 years, the island has been ruled by a different government to the mainland – fifty years under Japanese colonialism, 73 under a rival Chinese state. Up until the Second World War, most Chinese leaders, nationalist and communist, ignored Taiwan. There was even talk of a separate ‘Taiwanese’ nation.

That, of course, has changed. There is a general assumption among Western analysts that Beijing intends to invade or otherwise absorb Taiwan into the People’s Republic of China before the state celebrates its centenary in 2049. Such an outcome would be the defining moment of Xi’s ‘great rejuvenation’. However, polls show the people of Taiwan are strongly opposed to this outcome, less than 2% are in favour of unification with the mainland. Any attempt to change the status quo by force would pit the tide of Chinese nationalism against the firepower of the American and Japanese militaries, a potentially catastrophic conflict.

Much better, then, to dial down the political temperature, study the ‘accidental’ history of these territorial claims, recognise their fragility and agree to avoid conflict. From the South China Sea to the high Himalayas, an acceptance of the status quo, and a decision not to pursue maximalist territorial claims would be a major contribution towards regional peace. It would also precipitate a major change in global opinion towards China. By taking away the major cause of regional tension, the Beijing leadership would find its diplomatic and wider security objectives much easier to achieve. Such gains would far outweigh the value of isolated coral reefs or dusty mountain canyons. 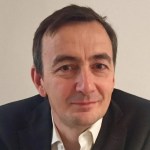 Bill Hayton is an associate fellow with the Asia-Pacific Programme at Chatham House in London and the editor of the academic journal ‘Asian Affairs’. Bill worked for the BBC for 22 years until January 2021 in a variety of broadcasting roles including periods with BBC World TV, BBC World Service Radio and the BBC News Channel.