Home COVID-19 What lessons can be drawn from Kerala’s COVID-19 approach?

What lessons can be drawn from Kerala’s COVID-19 approach?

The Indian state of Kerala’s experience in dealing with the COVID-19 outbreak could provide valuable lessons for other economies
04.06.2020
Ritesh Kumar SinghChief Economist of Indonomics Consulting and Former Assistant Director of the Finance Commission of India
Steven Raj PadakandlaAssistant Professor in Economics at the Institute of Management Technology, Hyderabad

Many Indians have been crowing about how effectively the Indian government has managed to contain the viral epidemic vis-a-vis France, Italy, Spain and the US, while ignoring differences in the demographics of the population in India as compared with countries most severely hit – India’s is a much younger society.

Such voices also tend to under-appreciate the achievements of countries such as Greece and South Korea, and closer home, India’s neighbours such as Sri Lanka. The reality is the number of cases in India is rising sharply and the curve is far from flattening. 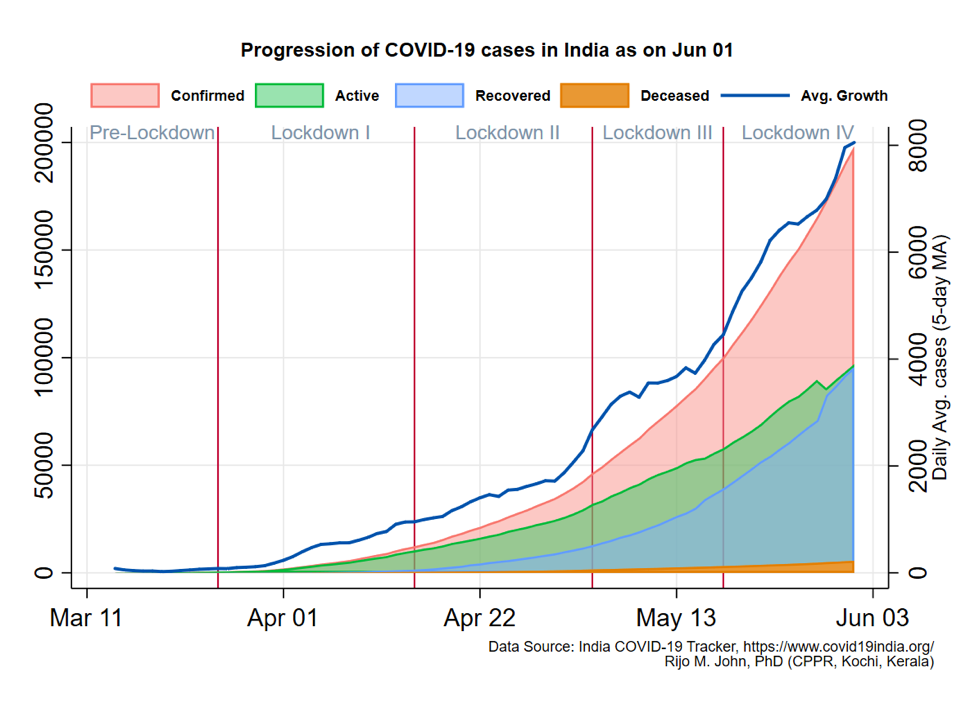 Amid the all-round chaos caused by poorly coordinated lockdowns to contain the spread of COVID-19, under testing and India’s grossly under-supplied healthcare sector, the state of Kerala remains an exception.

The general impression is that since it is a state ruled by a communist coalition, it must be spending excessively on public healthcare as compared to the rest of the country, and that could explain its success in handling COVID-19. On the surface, this is not without reason. India’s government spending per capita on healthcare stands at under $20, compared to Bhutan ($66), Indonesia ($38), Sri Lanka ($63) and Thailand ($166). Indian investment in public health infrastructure is dismal (a little over 1% of GDP) compared to even its peers in South Asia, although the Modi government has promised to raise it to 2.5% of GDP by 2025. Given the fiscal strain on India’s economy, this is unlikely to be achieved.

Conventional wisdom suggests testing be done extensively to find out the extent and nature of infection for any containment strategy to work. However, even this is not true of Kerala – it has conducted 1,235 tests per million people, a number that gives it a mid-table standing compared to all states in the country.

Despite this, Kerala has been able to control the spread of COVID-19 thus far. What containment strategy has Kerala adopted, and could elements of it potentially be replicated in other states or even countries with a similar level of financial and healthcare resources at their disposal?

A detailed investigation shows that multiple factors have contributed to Kerala’s success in containing the spread of COVID-19, and its success in handling the pandemic offers insights and important lessons.

Kerala’s past experience in containing epidemics, the availability of more medical staff on a per capita basis, and a highly decentralised approach involving local bodies and communities in tracing, isolating and treating infected people, have worked.

Additionally, Kerala’s containment model has been successful owing to various localised reasons. Kerala outranks other Indian states in terms of literacy rates, and it is highly plausible that awareness of public hygiene is greater, as is the appreciation of the need for measures such as social distancing. Moreover, the presence of a robust civil society network in Kerala has created strong demand for a quality public service delivery network in the state, including for healthcare services. This has helped in having a more localised, but effective approach to dealing with the outbreak.

Kerala has also effectively implemented decentralised governance in both letter and spirit, resulting in adequately funded local bodies with resources at their disposal. For instance, almost a third of Kerala’s plan funds are allotted to panchayats as development and maintenance funds.  The state has been able to develop a system wherein the mobilisation of financial, social and state resources have helped forge what is in effect a robust social democracy.

At a state level, it was also the first to announce a provision of a ₹200 billion ($2.65 billion) stimulus package in the third week of March.

Thus, both the demand and supply side networks have enabled Kerala to fight the pandemic successfully, in a highly decentralised way. Kerala has also successfully leveraged its women empowerment networks such as Kudumbasree, for contact tracing and in running community kitchens for the poor and vulnerable affected by lockdowns and associated disruptions.

Learnings from past experience in managing public health crises such as the Nipah virus outbreak and natural disasters—such as the 2018 floods, have also strongly shaped its response to coronavirus. Crisis management lessons developed during these unique experiences have resulted in the state strategising and planning effectively – this can be seen in robust institutional arrangements like proper quarantine facilities and the organisation of relief camps.

The government of Kerala launched a “break the chain” campaign, as early as in the second week of March, to push greater understanding of and appreciation for personal hygiene. It also installed handwash bottles at public spots such as railway stations, while at the same time encouraging people to use sanitisers outdoors.

In addition to investing in its institutions, Kerala has invested in its people. Decentralised governance and transparency have also encouraged greater public trust in its state bodies and institutions, which has gone a long way in helping manage the outbreak.

Of the many factors that have contributed to Kerala’s success in containing the spread of COVID-19, while some are unique to the socio-political landscape in the state, others are really just about getting basic governance right.

Most importantly, Kerala’s experience illustrates how a decentralised approach involving local communities could work better than a top-down, overly centralised one in containing viral epidemics.

It also shows that a one-size-fits-all strategy that is removed from the nuances of local context is unlikely to be effective. The differences in local social contexts, the extent of healthcare services available and the degree of decentralisation, all differ across India’s various states.

While this means states may adopt somewhat differing strategies to deal with the spread of the pandemic, there needs to be a high degree of coordination at the national level between states so that as a country, India’s response to containing the virus is not disjointed. It will help if the central government is focused on coordinating inter-state issues such as the movement of people or supplies, and leaves formulation/ implementation of containment strategies to state governments. This approach could help contain the virus and also keep economic costs of containment low.

There is a lesson here for not just other Indian states, but possibly developing economies elsewhere too. A paucity of capital resources has constrained developing economies worldwide in their fight to manage the spread of COVID-19 and its ensuing implications, which in turn is placing even more pressure on public expenditure budgets. Kerala’s experience shows that it is possible to manage public health crises effectively even with limited government spending. It is an important lesson.

Ritesh Kumar Singh is a business economist and currently the CEO of Indonomics Consulting Private Limited, a policy research and advisory startup based in India. He was a former assistant director of the Finance Commission of India. 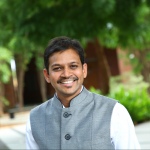 Assistant Professor in Economics at the Institute of Management Technology, Hyderabad

Dr Steven Raj Padakandla is Assistant Professor (Economics) at Institute of Management Technology, Hyderabad. Prior to academics he worked as an economist and senior analyst with different corporates and economic think tanks.