Home Economy, Policy & Business What is the RCEP and why is it important?

What is the RCEP and why is it important?

The Asian trade expert breaks down the Regional Comprehensive Economic Partnership (RCEP) and its implications on the future of trade policy in the region
24.11.2020
An interview with
Deborah ElmsFounder and Executive Director, Asian Trade Centre

An aerial photo of the Port of Melbourne, with Melbourne CBD in the background. The RCEP is evidence that globalisation is not retreating in Asia. Photo by Shutterstock.

The RCEP comes at an important time for the world economy, and signals strongly that both multilateralism and globalisation are not receding, at least in Asia. And given Asia’s central role in the global economy, this agreement between economies that are home to over two billion people is significant.

We speak with Asian trade expert Dr Deborah Elms, who’s also the founder and executive director of the Asian Trade Centre, about how the RCEP can shape trade policy and economic integration in the Asia-Pacific, the challenges met in bringing the deal to fruition, and its implications on companies.

Unravel: What is the importance of the RCEP?

Deborah Elms: The RCEP has importance in two ways. It has economic benefits for firms and it sets up the region for future trade and economic integration.

Unravel: Can you explain further? What implications will the RCEP have on the future of trade policy/ integration in the region?

Ms Elms: The RCEP was originally developed to make it easier to trade goods across the region. For instance, it has tariff cuts on most products. Many of these tariff benefits go beyond existing trade agreements. To really allow firms new opportunities to create supply chains across the region, the agreement includes two other important elements. It has just one set of what are called “rules of origin”. These are the manufacturing process rules for creating goods to qualify for tariff cuts and only one piece of paperwork to show qualification. Once a product, like a table or toaster, is created to meet the rules of origin, it can be shipped to all 15 markets in Asia without change with the same paperwork.

Unravel: Can you explain some key challenges in bringing the RCEP to fruition?

Ms Elms: It was hard to get done because the members in RCEP were all “drafted”. They did not volunteer, but were either in ASEAN or in an agreement already with ASEAN. This meant they had uneven enthusiasm for the task. They are also an extremely diverse bunch from large to small, rich to poor, landlocked to thousands of islands. Additionally, while ASEAN had agreements with everyone and some of the members had additional, bilateral commitments, the Dialogue Partners did not. Getting China/Japan and South Korea/Japan market access organised took time and was challenging.

India was worried about competitiveness. Its withdrawal from the RCEP does not improve competitiveness; it just reinforces the problem. Supply chains will increasingly run through Asia to service Asia and India will be left outside.

Unravel: Given COVID-19’s impacts on the global economy and growing tendencies outside of Asia to look inwards, is the significance of the RCEP amplified?

Ms Elms: RCEP is a welcome signal that Asian economies are still “open for business” even in the middle of a global pandemic and associated economic and trade headwinds.

Unravel: Is India’s withdrawal a significant blow for the RCEP? And how does its withdrawal impact its economic future?

Ms Elms: Of course, when India was also involved, the situation was extra complex as India had limited commitments as well as strong domestic level protectionist sentiments. Keeping India in was important because it’s a key market, a mostly closed and protectionist market, and because any regional agreement is better if it is bigger. But, in the end, domestic demand drove India out. This will be a bigger problem for India than for the rest of RCEP though. India was worried about competitiveness. Its withdrawal from the RCEP does not improve competitiveness; it just reinforces the problem. Supply chains will increasingly run through Asia to service Asia and India will be left outside.

Unravel: Many believe the RCEP is a “shallow” trade pact. Your thoughts?

Ms Elms: The agreement is not shallow. It has 20 chapters, 510 pages of texts and thousands of pages of individual country schedules and commitments. Many of these provisions are quite advanced and certainly better or more ambitious than existing agreements.

RCEP is a welcome signal that Asian economies are still “open for business” even in the middle of a global pandemic and associated economic and trade headwinds.

Unravel: What impact will the RCEP have on companies?

Ms Elms: Firms should start preparing now for the entry into force of the agreement. It will provide new benefits, but firms need to understand the deal and how it applies to their firm and trade situation. Companies cannot, for example, get tariff benefits just because they are sending “from” one RCEP market to another. Firms have to qualify for specific benefits and provide the right paperwork. 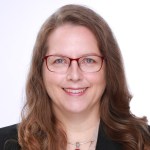 Dr Deborah Elms is the Founder and Executive Director of the Asian Trade Centre (ATC). She is Vice Chair of the Advisory Board for the Asia Business Trade Association (ABTA), Co-Chair of the Trade Policy Committee of the Global Trade Professionals Alliance (GTPA), and also a senior fellow in the Singapore Ministry of Trade and Industry’s Trade Academy. Previously, Dr Elms was head of the Temasek Foundation Centre for Trade & Negotiations (TFCTN) and Senior Fellow of International Political Economy at the S. Rajaratnam School of International Studies at Nanyang Technological University, Singapore.