A tourist rides a swing above rice fields in Ubud, Bali. Countries across Asia-Pacific have reopened to tourism with varying degrees of success. Photo by Steve Douglas on Unsplash.

Even where the situation is improving, a slow recovery in tourism may have long-term impacts, including through business closures and delayed investment in physical infrastructure, such as hotels, restaurants, and transport. A slow recovery may also depreciate and hinder investment in human capital in the industry.

Speeding up the return of international tourists is thus an important policy objective, particularly for tourism-dependent economies. Valuable lessons can be learned from the experience of the last two years.

Tourist arrivals are only recovering where mandatory quarantines were lifted early on.

Maldives, for example, reopened to international travel in July 2020, ahead of other Asian destinations. A rapid vaccination campaign boosted confidence in visiting Maldives as 80% of tourism-sector employees were fully vaccinated by mid-2021. As a result, tourist arrivals were back to pre-pandemic levels by the end of the year. The early removal of mandatory quarantines also led to increasing arrivals in Armenia, Georgia, and Sri Lanka.

Other developing Asian economies lifted mandatory quarantines in the fourth quarter of 2021, for fully vaccinated tourists. This includes Cambodia and Singapore, where rebounds have been minimal so far. In Fiji, the rebound has been clearer, but tourist arrivals remain just around 25% of pre-pandemic levels.

Relaxing entry restrictions is not enough: tourists also need to be able to go back home without mandatory quarantine.

Tourists from Europe, North America, and India, and Kazakhstan were able to resume travelling as quarantines were lifted upon their return home. Since April 2021, residents in the United States only need to present a negative COVID-19 test result when returning home, and many countries in the European Union have relaxed testing requirements for vaccinated travellers. The rapid rollout and global recognition of the EU Digital Covid certificate also facilitated travel for tourists from Europe.

Even with relaxing restrictions imposed on tourists when getting back home, international flights were still down in the last quarter of 2021. Flights from Europe were down by 35% from the same quarter in 2019 and by 26% from North America. But flights from regions and countries that still enforced quarantines for returning travellers were down by more than 70%, as in Australia and New Zealand, East Asia, and Southeast Asia.

Relaxing entry restrictions is not enough: tourists also need to be able to go back home without mandatory quarantine.

Easier international mobility in origin economies contributed to the revival of tourism in Armenia, Georgia, and Maldives. Tourist arrivals from western Europe, in particular, have been more resilient—notably in Maldives.

The share of Russian tourists increased to 17% in 2021 from 5% in 2019, but it is likely to fall this year due to the financial and economic crisis in the Russian Federation.

But destinations popular among tourists from East Asia, Southeast Asia, and Oceania have not recovered.

For example, Thailand has not yet succeeded in reviving tourism, despite significant government efforts. The recovery of Thailand’s tourism industry will heavily depend on large Asian economies relaxing the restrictions they impose on outward mobility, in particular the People’s Republic of China, which accounted for 28% of tourist arrivals in 2019.

Experience from early reopeners suggests that some destinations will fare better than others when they reopen.

Since January, several Asian destinations have scrapped mandatory quarantines upon arrival, including India, Indonesia, Mongolia, Nepal, and Viet Nam. Experience from Asian economies that removed mandatory quarantines earlier suggests that destinations that have been popular with European tourists should recover more rapidly, including India, Nepal, and Mongolia.

In contrast, even after lifting quarantine requirements, other destinations are likely to struggle as they largely depend on tourists from the People’s Republic of China and other large Asian economies that still enforce quarantines upon return. This is the case in several Pacific Island countries, Cambodia, Indonesia, Malaysia, the Philippines, Singapore, and Viet Nam.

The last two years have shown that removing mandatory quarantines upon arrival is key to reviving tourism. And this is only possible where domestic vaccination rates are sufficiently high to protect the population. But this is not enough: there will be no full recovery in the region until all major regional economies relax restrictions for outbound travellers returning home. 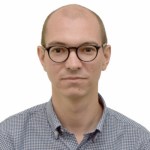 Jules Hugot contributes to ADB’s macroeconomic monitoring and research work, covering trade, global value chains, tourism, and remittances for ADB’s flagship Asian Development Outlook report. He also covers matters related to the Caucasus and Central Asia more broadly. Prior to joining ADB in 2017, he got a PhD from Sciences Po, taught at La Sorbonne, and was an Assistant Professor at Universidad Javeriana in Bogota, Colombia. His research work relies on gravity models to explore the impact of trade policy and transport infrastructure on international trade patterns. Upon joining ADB, he first provided analytical work on agriculture value chain development, and he then initiated several private-sector loans to agribusiness companies in the Caucasus and Central Asia. 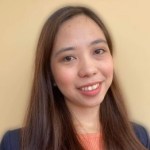 Economic Researcher and Data Analyst at the Asian Development Bank

Reizle Platitas is a consultant in ADB’s Macroeconomic Research Division. Her research experience includes applications of Input-Output analysis to assess the macroeconomic impact of US-PRC Trade conflict and the COVID-19 pandemic in developing Asia. She is a contributor to ADB publications like Key Indicators and Asian Development Outlook (ADO) on topics in global value chains, diversification, and international trade.