The “Green development guidelines for overseas investment and cooperation”, issued jointly by the Ministry of Commerce (MOFCOM) and the Ministry of Ecology and Environment (MEE), encourages Chinese businesses to integrate green development throughout the overseas investment process. Where local standards are insufficient, they also suggest that companies should “follow international green rules and standards”. As such, they represent a step away from China’s traditional reliance on host country rules and could pave the way for the implementation of much higher standards in infrastructure projects under the Belt and Road Initiative (BRI). The guidelines call for strengthening engagement with host country environmental protection organisations. They also name non-fossil energy technologies as key areas for investment.

The guidelines are comprehensive, covering climate, biodiversity and pollution. Specifically, they stress the need to:

The document is a significant upgrade on MOFCOM’s 2013 “Guidelines for environmental protection in foreign investment and cooperation”. The emphases have shifted from a bare minimum of pollution control that meets host countries’ standards towards the promotion of a “green development concept” and encouragement of higher standards used in host countries where appropriate.

Across all three aspects of climate, pollution and biodiversity, the 2021 guidelines now include specific climate-positive measures (e.g., support overseas clean energy investment). Furthermore, Chinese enterprises are asked to “prevent adverse impacts on biodiversity” according to host country laws or international practices. In the 2013 version, such practices were only “encouraged” to basically satisfy local laws. The progress builds upon some of the policies issued in-between, such as the 2020 Climate Finance Guidance. Finally, the guidance also promotes controlling the discharge of waste gas, water, noise and solid waste, and enhancing the integrated reuse of waste. Thus, it focusses on broader aspects of pollution control.

Why are the guidelines significant?

To support a whole lifecycle approach for green investment, the document specifies activities and responsibilities, particularly of enterprises doing projects overseas for different investment stages. In the project planning and evaluation phase, Chinese enterprises shall actively fulfil their environmental responsibilities, including complying with host countries’ laws and regulations, and promoting the coordinated development of the local economy and society. Chinese enterprises are encouraged to follow international common practices for the environmental impact assessment (EIA) and due diligence, and identify potential environmental risks before deciding on whether to make an investment overseas.

Reporting and disclosure is also emphasised and Chinese enterprises are encouraged to comply with international requirements, including but not limited to the United Nations’ Framework Convention on Climate Change, Convention on Biological Diversity, 2030 Sustainable Development Goals, and the Green Investment Principle for BRI.

Besides projects and investments, the guidelines also cover trade, by requiring companies to speed up integration with the global green supply chain, to carry out green procurement and purchase environmentally friendly products and services. If implemented well, this could be a gamechanger for biodiversity, as the production of commodities such as soy and palm oil have been identified as a key driver of tropical deforestation.

Since China’s “going out” reform began in 1999, Chinese enterprises have been encouraged to comply with host country laws and regulations to obtain relevant local and Chinese permits and licences. However, the robustness of host countries’ regulatory environment and governance can vary. Due to the lack of incentives to comply with international laws, Chinese enterprises have often been criticised by NGOs and media for their environmental and social impacts on local ecosystems and communities. At the same time, the lack of environmental standard application has created financial risks for Chinese investors and tended to limit access to international financing sources, which usually come with higher environmental and social standards.

As mentioned, recognition of international standards began in the 2013 “Guidelines for environmental protection in foreign investment and cooperation”. This encouraged Chinese enterprises to “research and learn” from international organisations and multilateral financial institutions. In 2015, the National Development and Reform Commission and several ministries issued a “vision” for the BRI, which emphasised issues of green and low-carbon development, as well as biodiversity protection. Since then, much progress has been made in realising this vision. The 2017 annual policy recommendations from the China Council for International Cooperation on Environment and Development (CCICED) contained stronger language on greening the BRI, which received endorsement from President Xi Jinping. Since then, the BRI International Green Development Coalition has been established, and a series of special policy studies on greening the BRI were conducted in 2018, 2019 and 2020. In 2020, five ministries issued “Guidance on promoting investment and financing to address climate change”, which promotes the application of Chinese standards in overseas finance. The 2021 guidelines fully encourage the use of international best practice standards for environmental management of overseas investments.

The guidelines are congruent with many of the recommendations of the Green Development Guidance published by a group of international advisors and backed by various ministries, particularly the MEE in December 2020. This shows an increased willingness from the government to engage with non-government stakeholders in formulating overseas investment policies.

The new guidelines are soft law, so can’t be enforced in court. They send a clear signal, however, especially to the state-owned enterprises (SOEs) that MOFCOM’s policies have steer over, including key BRI actors such as China Development Bank, China Export-Import Bank, and Sinosure, China’s export credit insurance agency. This policy gives a boost to their efforts to go green and helps to set their expectations that stricter measures are likely to follow.

Efforts to go green are playing out in the real world too. Last year saw more BRI investments in non-fossil than fossil fuel projects, and the first half of this year saw no new investments in overseas coal power projects, a first since the BRI began in 2013. China’s moves in Bangladesh to distance itself from remaining coal power projects and ICBC’s decision to pull out of the Sengwa coal power plant in Zimbabwe also demonstrate the trend. This shift away from climate-harming projects also makes economic sense, as electricity from new solar power is already up to five times cheaper than from new coal power. Nevertheless, the green shift and its speed should not be underappreciated: only a few years ago, international criticism of China’s overseas coal investments was ubiquitous – as were the financial risks. Take for example the Lamu coal plant in Kenya, which was suspended by a court ruling in 2019, following a challenge to its environmental impact assessment, or the Batang Toru hydropower dam in Indonesia, which incurred major delays following allegations that it would harm the habitat of a unique species of orangutan.

We expect such trends to continue, with China becoming more and more pro-active in greening its overseas investments. The new guidelines allude to “relevant environmental protection requirements on overseas projects”, the content of which are not yet clear. This suggests that further requirements on greening overseas investment are in the making. And in the runup to the Glasgow climate COP26, it is likely that China will announce further steps to make the BRI compatible with the Paris Agreement on climate change.

This article was originally published on China Dialogue under a Creative Commons licence. Read the original article here. 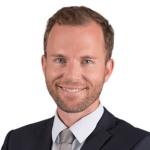 Associate Professor of Economics (Practice-Track), Director of the Green Finance and Development Center at the Fanhai International School of Finance, Fudan University

Dr. Christoph is interested in green and sustainable finance, development economics, and green innovation finance. His research has been published in the Journal of Sustainable Finance and Economics, Sustainability, Environmental Policy and Governance. He regularly contributes to policies and provides advisory services for international governments and financial organisations, amongst others for the BRI Green Development Coalition (BRIGC), for the China Council for International Cooperation on Environment and Development (CCICED) and the Asian Development Bank. His work is featured regularly in Financial Times, Bloomberg, Wall Street Journal, Caixin etc. 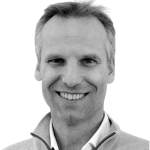 Chief Representative in China of ClientEarth 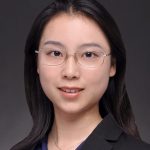 Danting Fan is a legal researcher for ClientEarth Beijing Office with a focus on green finance. Prior to joining ClientEarth, she worked as a dispute resolution lawyer in China. 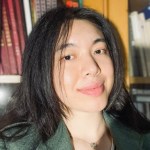 Yingzhi Tang is a researcher at the Green BRI Center of the International Institute of Green Finance. Her research interests include climate- and nature-related financial risks. Before joining IIGF, she has worked on insurance and banking sectors’ climate risk assessment projects at UNEP Finance Initiative (Switzerland) and the Intact Centre on Climate Adaptation (Canada). Outside of work, she volunteers for environmental and social causes.