In moving away from strategic ambiguity, Biden made a long overdue adjustment to US policy
31.05.2022
David SacksResearch Fellow at the Council on Foreign Relations

Recently, standing next to Japanese Prime Minister Fumio Kishida, President Biden dispensed with 40 years of strategic ambiguity by making clear he would use military force to come to Taiwan’s defense. This was not the first time President Biden has seemed to endorse what Richard Haass and I have termed “strategic clarity.” In all three instances, the Biden administration walked back the president’s comments, undercutting deterrence and confusing US allies and partners. But regardless of administration officials claiming that there is no change to US policy, President Biden’s comments are significant and represent a long overdue shift.

Nonetheless, President Biden’s decision to state that the United States would come to Taiwan’s defense was the correct one, as failing to do so would severely undermine America’s position in Asia. If China were to subjugate Taiwan, it would be the biggest step to date in Beijing’s quest to establish hegemony in the world’s most consequential region. As President Biden noted, a Chinese use of force against Taiwan would “dislocate the entire region.” If China were to place its military on the island, it could more easily threaten Japan and the Philippines, two US treaty allies. Economically, China would gain control of an economy that is the global epicentre of semiconductor manufacturing and the United States’ eighth-largest trading partner. While US allies did not expect Washington to use military force to repel Russia’s invasion of Ukraine, they assume the United States would defend Taiwan. If the United States stood on the sidelines, this would likely lead its allies to lose confidence in US security guarantees and either develop nuclear weapons of their own or accommodate China’s strategic interests.

In addition to the stakes, Beijing’s growing assertiveness calls for a change in US policy. Over the past two decades, China has pursued a rapid military modernisation, focusing above all on developing capabilities that would allow it to defeat Taiwan and prevent the United States from coming to Taiwan’s aid. China has also grown bolder and its tolerance for risk has increased, as it militarised the South China Sea, crushed democracy in Hong Kong, fought with India alongside their disputed border, and economically coerced countries in Asia and Europe. Beijing is also putting more pressure on Taipei, redoubling its efforts to isolate Taiwan internationally, punishing it economically, and increasing its military activities near the island.

Russia’s invasion of Ukraine also risks undermining deterrence, thus adding to the case for strategic clarity. From the outset, the United States ruled out intervening militarily on Ukraine’s behalf, with President Biden likening doing so to “a third world war.” Chinese policymakers may conclude that Russia’s nuclear arsenal effectively deterred the United States, which would be unwilling to go to war with a nuclear power over Taiwan. In addition, while the United States has levied massive sanctions on Russia, those measures failed to alter Putin’s calculus and the threat of sanctions alone will not prevent Xi from attacking Taiwan. In fact, China is likely confident that, given its centrality to the global economy, countries would be less willing to sanction it, as doing so could inflict just as much damage on their own economies as China’s.

US policy needs to adjust to these changing circumstances, making clear to China that it has the resolve to use force to defeat Chinese aggression against Taiwan. But a change in declaratory policy alone is not enough – equally important is making sure the United States has the capacity to come to Taiwan’s defense at a reasonable cost. The United States and Taiwan need to study Ukraine’s defense against Russia, thinking through how China is likely to alter its operational plans and what they can do to bolster Taiwan’s defences. This should entail Taiwan prioritising portable air defense systems, drones, anti-tank and anti-ship missiles, and sea mines. Taiwan must also improve its reserve force, establish new territorial defense forces, and more broadly plan for mobilising its entire society. The United States should prioritise coordinating with Japan and building toward a joint operational plan to come to Taiwan’s defense. It should also invest in military capabilities that would be most relevant to a Taiwan contingency and shift military resources to Asia.

At the same time, when moving to a position of strategic clarity, the United States should emphasise that it is doing so within the context of its one-China policy and offer reassurances that it does not support Taiwanese independence. In other words, the ends of US policy would not change.

Some may argue that President Biden merely misspoke, unaware of the significance of what he was saying. But two decades ago, when President George W. Bush said the United States would do “whatever it took” to defend Taiwan, then-senator Biden castigated Bush for his “inattention to detail” and noted “the United States has not been obligated to defend Taiwan.” In addition, this is the third time that President Biden has dispensed with strategic ambiguity, and one can assume that after the first two times he was briefed on US policy and made aware of the implications of his statements.

Attempts to walk back President Biden’s comments are both damaging and ineffective. Such efforts risk sowing confusion among US allies and partners and building a narrative of dysfunction. In addition, if China were to use force against Taiwan, the decision of whether to come to Taiwan’s defense rests on the president’s shoulders alone. At this point, it is clear what President Biden really thinks and how he would respond. It is time for his administration to ensure the United States has the capability to do so. 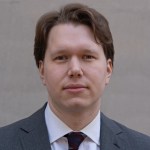 Research Fellow at the Council on Foreign Relations