There is more at stake than geopolitical gamesmanship in the South China Sea
15.06.2021
Pratnashree BasuAssociate fellow at Observer Research Foundation
Aadya ChaturvediLaw student at the West Bengal National University of Juridical Sciences

Oil rigs in the South China Sea. Photo by Shutterstock.

Spread over 3.477 million km2 the South China Sea is among the most resource-rich marine areas in the world. It is known to have 190 trillion cubic feet of natural gas and 11 billion barrels of oil reserves. It is also home to diverse ecosystems – with 3,000 species of fish and 600 species of coral reef.

In recent times, the South China Sea has been in the limelight due to China’s claims over the waters and what some refer to as Chinese military expansionism, but its environmental impact remains underexplored. As one of the world’s busiest international shipping lanes, the South China Sea’s ecological system is unravelling amidst rampant overfishing, dredging for construction of artificial reefs and hydrofracking by China.

Although other players in the region have also undertaken environmentally damaging activities (with the exception of dredging) in the waters, the scale of China’s activities is immense and advanced, and has caused the most visible impairments.

Fisheries in the South China Sea are a major source of food security and employment for millions of people. However, decades-long, unabated fishing has resulted in declining fish stocks. China has lost half its coastal wetlands, 57% of mangroves and 80% percent of coral reefs in its exclusive economic zone (EEZ). In the South China Sea, which accounts for about 12% of the global catch per year, fishing stocks have plunged by a third over the past 30 years and will fall further by 59% by 2045. This threatens food security in the densely populated region.

In order to sustain fisheries demand, China has expanded its fishing fleets to reach as far away to the EEZs of Argentina, Somalia and South Korea. Many small Chinese vessel owners are given fuel subsidies for this. Chinese fishermen are alleged to have illegally harvested corals, marine turtles, clams, sharks, eels and other marine animals from the waters of other countries on several occasions.

As fish stocks near coastal areas deplete and the catch per unit effort (CPUE) also sharply decline, fishermen are moving farther deeper into the sea and utilising techniques such as cyanide and dynamite fishing, causing further damage to the marine ecosystem.

The South China Sea is one of three “epicentres” that is touted to be severely impacted by climate change and rising sea temperatures. Rising ocean-surface temperatures will force fish stocks to migrate farther north towards the East China Sea and the Sea of Japan, making fishing harder for countries like Vietnam, Malaysia, Indonesia and the Philippines that lack the resources to fish in distant waters.

Since 2015, China has reclaimed land in the islands and reefs within what it calls the “nine-dash” line, either by increasing their size or creating new ones (such as the Subi Reef on the Spratly Islands). It has constructed ports, military installations and airstrips – particularly in the Paracel and Spratly Islands. It has deployed fighter jets, cruise missiles and a radar system on the Woody Island in the Paracels.

Dredging on these islands is primarily responsible for the destruction of corals and reef flats, which sustain the entire marine ecosystem. In fact, 27% of shallow reef area of the seven reefs in the South China Sea have been permanently lost. Dredgers send up plumes of sediment and corrosive sand, which wash back into the sea and smother the species underwater by blocking sunlight and oxygen. Sediments from dredging of reef limestone reduce growth rates, cause lesions and inhibit sexual reproduction among species.

The South China Sea is one of three epicentres that is touted to be severely impacted by climate change and rising sea temperatures.

In 1997, the Chinese Kantan-3 oil rig drilled in the Da Nang area near the Spratlys, which Vietnam claims as Block 113. CNOOC has also collaborated with other companies such as Devon Energy Corporation and Husky Oil China Limited to carry out drilling operations in the area.

Beijing has even placed a 10-storey oil drilling platform in the area disputed with Vietnam, which can dig up to a depth of 9,000 metres. According to official figures published by CNOOC in 2019, it was producing 286,790 barrels/day of crude oil and 709.1 million cubic feet/day of natural gas from their oil fields in the western and eastern South China Sea areas.

The preliminary seismic surveys, the rig installation and drilling, the hydrocarbon production, and the transportation of the oil and natural gas cause damage to the seabed. Seismic surveys cause noise, emissions and discharges that harm the fish pods that are dependent on auditory and visual cues as they traverse their habitat. Drilling operations dispose slurry comprising mud, cuttings, wash water, drainage and sewage into the ocean. They also cause harmful emissions with frequent leakage and spillage of the extracted hydrocarbons.

China’s activities in the South China Sea amount to a violation of international law and environmental treaties. Article 194 of the UNCLOS, which China has ratified, imposes an obligation upon member states that their activities do not cause damage by pollution to other states and their environment. They also have the responsibility to protect the “rare or fragile ecosystems” of endangered marine species. China has also ratified the Convention on Biological Diversity which mandates the member states to ensure their activities do not cause environmental damage beyond their national jurisdiction.

The South China Sea has been in the limelight due to China’s claims over the waters and what some refer to as Chinese military expansionism, but its environmental impact remains underexplored.

The Permanent Court of Arbitration, in its judgment in Philippines v. China, held China responsible for substantive coral reef damage, depletion of endangered species, plunge in fishing stocks, and disturbance to the structural integrity of the islands and reefs in the region. It criticised the use of cyanide and dynamite by Chinese trawlers.

The proposed ASEAN-China Code of Conduct (COC), which is meant to regulate the conduct of the parties in the South China Sea, is seen as a step in the positive direction. However, it has so far not produced a final agreement mainly due to lack of consensus among the parties – although ASEAN and China hope to finalise it in 2021.

Although China claims that it has carried out its island building activities with complete “science-based evaluation” and followed all international environmental protection standards, it has not provided sufficient evidence to back these claims. This opaqueness is compounded by the inability of the multilateral arena to censure China because of its growing influence.

Going forward, it is imperative for the international community to create the necessary political and ecological incentives in order to discourage China—and other parties—from infringing on the existing legal framework while putting in place measures aimed at recouping the damage done so far.

Pratnashree is an associate fellow with the Observer Research Foundations’ Strategic Studies Programme. Her work centres on the maritime geopolitics of the Indo-Pacific, with a focus on the South China Sea. She writes regularly for ORF and other digital platforms like The Diplomat, East Asia Forum and Modern Diplomacy. She is a 2017 US Department of State IVLP Fellow and is currently pursuing her doctoral degree in International Relations. 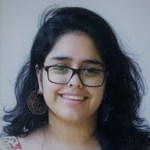 Aadya Chaturvedi is a 5th year law student at the West Bengal National University of Juridical Sciences (NUJS), Kolkata. As a self-taught student of international relations, her research interests include China, South Asia and the Middle East. She has previously written for the Observer Research Foundation and Taiwan Insight.