Trade is a key element of Malaysia’s economic recovery, and ratifying the CPTPP and RCEP could be pivotal first steps
04.05.2021
An interview with
Dr Ong Kian MingFormer Deputy Minister of International Trade and Industry and current Member of Parliament for Bangi, Malaysia

A ship comes to berth at the container terminal in port Klang, Malaysia. Photo by Shutterstock.

Malaysia is in the midst of a third COVID-19 wave. Its handling of the pandemic has had mixed reviews. However, its economy is expected to rebound in 2021. We speak with Dr Ong Kian Ming, Former Deputy Minister of International Trade and Industry, Malaysia and current Member of Parliament for Bangi, about the importance of ratifying the CPTPP and RCEP for Malaysia, concerns floating around these FTAs in the country, and the role of trade in Malaysia’s post-pandemic economic recovery.

Unravel: Why is ratifying the CPTPP and the RCEP important for Malaysia?

Ong Kian Ming: Malaysia is at a major political crossroads. For the first time since achieving independence in 1957, the ruling coalition in Malaysia does not have a governing majority in parliament. An emergency was declared on the 12th of January, 2021 which means that parliament has been suspended since then and this is expected to be the case until August 2021 at the very least.

As a result of the emergency and the poor handling of the COVID-19 pandemic in Malaysia from a health and economic policy standpoint, multinational companies that already have a presence in Malaysia and those that may have been planning to invest in Malaysia, are playing a “wait and see” game to see how the political crisis in Malaysia resolves itself, most likely after a general election, perhaps after the end of the emergency.

Ratifying the RCEP first (easier to do) and then the CPTPP will send a very positive signal to foreign investors that Malaysia is indeed open to business. Since ratifying the RCEP and CPTPP will require the amendment of certain laws in parliament, the re-opening of parliament and the ratification of these two free trade agreements (FTAs) will definitely boost Malaysia’s trade in the short run and also boost foreign direct investment (FDI) inflows into the country in the medium to long run.

Unravel: What are the concerns around the CPTPP in Malaysia?

Kian Ming: The two main concerns surrounding the CPTPP were “inherited” from worries regarding the TPP – these are intellectual property (IP) provisions that may lead to higher prices for drugs and medicines and the investor state dispute settlement (ISDS), which may lead to foreign companies suing governments over breaches of contracts or certain domestic policy decisions. These worries have continued although the provisions for both these issues have been adjusted to be more favourable to non-US countries after the pull-out of the United States from the TPP.

These two fears were greatly exaggerated by a few stakeholders including non-government organisations (NGOs). The previous government (the Barisan Nasional government under the premiership of Najib Tun Razak) did not do a fair job of responding to the issues raised by the NGOs; and these issues were later picked up by the then opposition (Pakatan Harapan). The same issues became sticking points when Pakatan Harapan formed the government after the general elections in May 2018, and they remain sticking points to this day.

In addition to the political contestation, there were also powerful corporate interests that have marshalled resources against the TPP (and now the CPTPP). It is common knowledge that Khazanah, the Malaysian sovereign fund, and Petronas, the state-owned oil and gas company, were against the TPP and the CPTTP because of its provisions that would require them to gradually liberalise their procurement policies.

Additionally, Professor KS Jomo, arguably Malaysia’s most prominent economist and research advisor at the Khazanah Research Institute (KRI), is a noted critic of FTAs and a vocal advocate against the CPTPP. Another influential economist, the late Martin Khor, executive director of the South Centre and former director of the Third World Network, was also a strong advocate against the TPP and later the CPTPP.

There are also those who advocate for the CPTPP such as the Federation of Malaysian Manufacturers (FMM), an industry grouping, but so far, the government-linked companies (GLCs), NGOs and some union organisations seem to have held sway.

Unravel: What role does trade have to play in Malaysia’s post-pandemic economic recovery?

Kian Ming: Malaysia’s trade to GDP ratio is consistently above the 100% mark and was at 126% even in 2020, despite overall trade value falling by 3.6%. Total exports fell by only 1.4%, with a healthy electrical and electronics (E&E) manufacturing sector (and medical gloves to a lesser extent) buffering the decline. E&E sector exports actually grew by 5.3% in 2020 and was largely responsible for the overall trade surplus that Malaysia enjoyed in 2020.

Manufacturing comprises almost a quarter of the country’s GDP and a large proportion of the manufactured goods are meant for the export market. Without external trade and particularly the strong performance of the E&E sector, Malaysia’s GDP contraction in 2020, which stood at 5.6%, would have been worse. Moreover, the anticipated bounce-back in Malaysia’s growth rate for 2021 is also partly because of the expected upside of the E&E export sector.

Unravel: What have the implications of the US-China tech and trade differences been on Malaysian exports?

Kian Ming: The US-China trade war actually resulted in an increase in Malaysia-US exports (increased by 12.7% in 2020) as well as in Malaysia-China exports (increased by 12.5% in 2020), even as overall trade value dropped by 1.4%. This means there were positive spillover effects for Malaysia as a result of these trade tensions. US companies chose to relocate some of their product lines from China to Malaysia, as did some Chinese companies. While a sustained trade war will not benefit Malaysia in the long run, it has clearly reaped some benefits as a result of the tensions. The ratification of RCEP and CPTPP will likely bring in more investments from the US and China to Malaysia because of increased market access from Malaysian production.

Unravel: Inward FDI into Malaysia has declined by 68% as a result of COVID-19. What is your opinion on the country’s central bank easing regulations around currency recently? Will it help improve FDI inflow and Malaysia’s position in global supply chains?

Kian Ming: The main reason behind the decline in FDI has less to do with banking regulations and more to do with declining investor confidence because of continued political instability as well as COVID-19, making it difficult for potential investors to visit Malaysia. The more effective way of increasing investor confidence is via the ratification of RCEP and CPTPP, as described earlier. For other ways to increase FDI inflows in Malaysia, I refer you to my long piece on FDI here.

Unravel: What sectors do you think will drive growth in Malaysia’s economy in 2021? Why?

One the domestic economy side, retail spending will remain muted.

For a more thorough discussion on GDP growth in Malaysia, please refer to this piece I co-published with REFSA, a think tank based in Malaysia.

Unravel: China has been Malaysia’s largest trading partner for 12 consecutive years. What does this mean for Malaysian trade and how can it balance equations with its next three biggest trading partners – the EU, the US and Japan?

Kian Ming: It is not a matter of “balancing” per se. As China’s economy grows at a faster rate than those of the US and the EU, it is only natural that Malaysia’s trade with our regional economic giant will increase faster than our trade with the rest of the world, including ASEAN. It is also natural that with FTAs such as RCEP, and with more intra-regional investment, the regional supply chains within Asia will likely consolidate, perhaps with COVID-19 accelerating these trends.

With that being said, it is important for Malaysia and other countries in Southeast Asia to continue to attract more FDI from the US and the EU, and to increase strategic supply chain links with high-tech multinationals as part of a larger strategy of greater industrialisation and moving up the value chain (with some technology transfer and knowhow transfer as a result of this FDI).

Unravel: What are some steps that the government has taken to reassure businesses about Malaysia’s ability to bounce back from the pandemic?

Kian Ming: The Malaysian government has tried to restore investor confidence by trying to manage and control the spread of the COVID-19 virus. While initially successful during the second wave in 2020, subsequent policy missteps have led to another lockdown during a third wave starting in January 2021. There are discussions of a possible fourth wave coming soon and if this leads to another lockdown, the economy will take a further hit and investor confidence will be dented further. The declaration of a state of emergency in January this year also did not help with investor confidence. 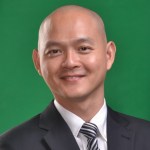 Former Deputy Minister of International Trade and Industry and current Member of Parliament for Bangi, Malaysia

Dr Ong Kian Ming was the Deputy Minister of International Trade and Industry (MITI), Malaysia for 20 months where he advocated strongly for Industry 4.0 programmes, pushed for strategic investments to Malaysia as a result of US-China tensions and spoke up for the importance of the Electrical and Electronics (E&E) sector in Malaysia. He is currently the Member of Parliament for Bangi, a diverse and sprawling constituency, with the largest number of voters in Malaysia. He is currently serving his 2nd term as a Member of Parliament.