Governments must play a big role in reducing the protection gap, and in developing a strategic risk sharing system that enhances the financial resilience and stability of communities
27.12.2022
Arup ChatterjeePrincipal Financial Sector Specialist, Sustainable Development and Climate Change Department at Asian Development Bank

People walk in Sipaghat Bazar, Kavreplanchok district of Nepal after a devastating earthquake in 2015. Even today, adjusters are flown in from India and other foreign countries for assessing large scale losses in countries such as Nepal, Bhutan and Sri Lanka. Photo by Shutterstock.

Insurance plays two important roles in society. First, it provides risk protection. Second, it inculcates developing behaviours that reduce risk. The insurance ecosystem is to a large extent dependent on governments as they develop policies and regulations that control the insurance market.

In recent times, the government’s role in the insurance market has grown significantly due to the increasing number and types of risks confronting the world.

Most governments worldwide are on a path to liberalise their finance and insurance sectors—pushing for inclusivity and availability of insurance and to reduce the protection gap—by mobilising contractual savings, complementing social security programmes, facilitating trade and commerce, and protecting assets, lives and income.

Governments need to create an enabling environment for private insurance players to participate to achieve this. They will need to ensure that their domestic insurance market meets international regulatory standards and practices to attract global insurance providers in their markets.

Insurance regulators play a crucial role here, ensuring that the processes and structures that are put in place protect policyholders and foster competition among the private insurance companies, while maintaining the integrity and stability of the financial system. This is an ideal scenario, but situations on the ground point to another direction. Governments usually hesitate to fully open the market to international insurance operators, as they fear this can lead to foreign companies taking control of the domestic market.

Consequently, they might fail to contribute adequately to economic development – by targeting the creamy layer for business growth, distorting competition by limiting consumer choice, causing flight of capital, and reducing domestic risk retention capacity. In many markets, it becomes a sensitive political issue, and legislatures can question governments on their decision to allow foreign players to compete in domestic markets. Regulators have to factor in these points and tread a fine line to establish a level playing field.

Data is a critical element when underwriting insurance. Most governments claim to have mortality and meteorological data dating back to 50, 70, and at times even 100 years. But this data is not granular enough to be used by insurance and reinsurance companies for modelling and pricing purposes. This inadequacy leads to risk gaps where insurance companies are forced to add a risk loading while determining the premium – making the insurance offering expensive. Governments must encourage the growth of accredited risk information providers to offset these uncertainties.

In addition to all of the above, governments need to focus on building an ecosystem comprising adequate accredited agencies and institutions to identify and certify losses. In a string of earthquakes that rattled New Zealand between 2010 and 2011, insurers were caught off guard in managing over 400,000 claims and paying for losses. A large number of loss adjusters from Australia were eventually flown in to assess the losses. Even today, adjusters are flown in from India and other foreign countries for assessing large scale losses in countries such as Nepal, Bhutan and Sri Lanka.

However, these insufficiencies have resulted in the development of innovative parametric products where the insured is compensated based on the value of an objectively-measured proxy for losses – a pre-determined index such as precipitation level for losses resulting from weather or intensity of earthquake for catastrophic events. These products help ascertain the magnitude of loss by triggering a claims payout when a certain threshold is breached. Since an assessment of individual claims is not required, claims settlement is faster and less expensive. But again, this needs data, and data is a big handicap.

Role of PPPs and culture

Governments are well positioned to support the introduction of insurance products to reduce the protection gap. Public-private partnerships (PPPs) are useful in sovereign risk transfer, extending social protection schemes and ensuring that coverage is provided to large population segments.

However, this coverage is capped for a small share of catastrophic risks. Suppose the government considers offering a ‘social protection floor’ where all citizens are insured up to a certain amount, regardless of their socio-economic stature. The PPP arrangement of risk sharing will constitute the next layer, where the government contributes a part of the premium, and the individual contributes the rest. In the third layer, the individual will contribute to the entire premium.

On paper, such an arrangement looks good. It will protect the most impoverished people who cannot afford insurance by providing the minimum cover, and the low-income population a slightly higher cover. But this is a bare minimum arrangement, and the purchase of any additional coverage will depend solely on each individual’s spending capacity.

Governments are well positioned to support the introduction of insurance products to reduce the protection gap. Public-private partnerships (PPPs) are useful in sovereign risk transfer, extending social protection schemes, and ensuring that coverage is provided to large population segments.

It is important to understand that insurance should only be purchased to manage residual risks. This means that individuals need to first reduce and manage their risks by taking adequate loss prevention and risk reduction measures, and buy insurance only for specific risks that cannot be managed effectively. For residual risks to be acknowledged and accepted, there has to be awareness about risk reduction activities. Some common risk reduction mechanisms are security measures, policy enforcement, employee education and awareness, and financial and legal positioning.

These cultures need to be gradually built in. Once the cultural aspect is taken care of, the risks that cannot be controlled or managed can be transferred via insurance to offset uncertainty. Insurance is not a panacea, but one of the tools to manage risk. Governments should partner with private insurance players to develop awareness around these subjects among the general public.

‘Proportionality’ can be a guiding light in developing an inclusive insurance market. While developing policies and regulations, regulators base their decision on prescribing capital requirements by linking solvency or risk appetite of insurance companies so that they can fulfil their promises to policyholders and are in a position to pay claims at all times.

The proportionality concept helps calibrate the capital requirement with the risk characteristics of the insurance product. It means that for the same risk, you need similar regulatory treatment, irrespective of whether it is designed for a rich or a poor person. Premiums need to be risk-based and actuarially priced. Lighter touch regulation can only be allowed if corresponding risks are low.

With the advent of insurtech and fintech, it has become easier and faster to buy certain types of insurance and to pay for it. It is vital to tailor-make products to suit particular distribution channels. Regulators need to strongly consider this when specifying guidelines for product development and distribution channels.

Marginalised sections of society are often overlooked by private insurance companies. Regulators must do more to ensure that this huge segment—especially the emerging market consumers—are made aware of and have access to insurance. They can play a crucial role in nudging the insurance operators to develop products for the mass market and distribute them using new technology based channels.

From a policy perspective, governments should also work towards enhancing insurance awareness. Community-based risk sharing arrangements have successfully filled a small protection gap amidst the pandemic. The regulators and the governments can possibly look at re-introducing these age-old systems to manage risk and extend coverage to all.

Sovereign insurance can take different forms. One is where the government transfers some of its contingent liabilities by directly paying a premium to the insurance or reinsurance companies. It helps in reducing the volatility of financial losses and helps governments manage their economic consequences in a non-inflationary manner. Another is where it creates a pool for aggregating risks from a diversified portfolio and contributes to its capital. In this arrangement, the government retains some risk through reserves and capital and then transfers the rest to the reinsurers. Such arrangements help in negotiating preferential premium rates with insurance and reinsurance companies because of portfolio diversification.

Governments will need to actively look at developing inclusive insurance, both in terms of accessibility and incentivising risk reduction. Policy and regulations should focus on expanding access and the use of innovative solutions around risk reduction for building physical, financial and institutional resilience that also underpins the sustainable development agenda.

Theoretically, if there is a pool at the national level, the government can retain the high frequency and low severity risks and transfer the less frequent and more severe risks to insurance and reinsurance companies. In good years, when the losses are less than what has been estimated, the pool can accumulate reserves. Over time, this will allow the government to retain more risk, transfer less risk and demand a preferential insurance premium.

A regional pool can also be established on similar lines, where many countries can diversify a portion of their risk by sharing with the pool to stabilise their loses. By putting in place such an arrangement, there is one level of risk sharing at the national level; then there is the next level of risk sharing at the regional level, before transferring risk to the international reinsurance and capital markets. This helps bring down the overall cost of insurance and makes it more affordable. Pooling is basically done to bring down the portfolio risk of insurance.

Going forward, governments will need to actively look at developing inclusive insurance, both in terms of accessibility and incentivising risk reduction. Policy and regulations should focus on expanding access and the use of innovative solutions around risk reduction for building physical, financial and institutional resilience that also underpins the sustainable development agenda.

As risks continue to rise, innovative developments in risk pooling and risk assessments will help safeguard large segments of uninsured and underinsured populations against uncertainties. All stakeholders must come together to have a closer look at the risk sharing mechanisms that have traditionally worked well. By recognising the role of communities in risk management, such initiatives will also help in strengthening the financial resilience and stability of communities.

The views expressed in the article are personal and not those of the Asian Development Bank. 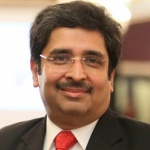