Home Globalisation & Geopolitics The road from Aleppo to Odessa

The road from Aleppo to Odessa

As Russia closes in on Odessa, a writer reminisces about her hometown
15.03.2022
Alissa KoleManaging Director, GOVERN Center

An aerial view of Odessa. Photo by Shutterstock.

The French philosopher and activist Bernard-Henri Levy has warned that Odessa is the next target in Putin’s onslaught on Ukraine, which began 19 days ago with his early morning address announcing a “military operation”. Everyone who has followed Putin’s illustrious career as the invader of Chechnya, Georgia, Syria, and also parts of Ukraine, had immediately understood what would follow. Since then, the world has been watching a horrific war in Ukraine, as a result of which images of its cities are emerging terrifyingly close to Syrian ones – wiped off the map. I regret having never visited Syria.

Even if I will ever be able to do so, none of that Syria will resemble the country of “infitah”—an Arabic word for “opening”—when Bashar Al Assad was still the darling of Western leaders 15 years back, at the time when I was leading Middle East work at an international organisation in Paris. Just as the war in Syria destroyed the country, it is now clear to everyone that Putin’s “operation” is meant to bring Ukraine on its knees. But it is becoming more and more evident every passing day that Ukraine will refuse to surrender, regardless of the cost. Refusal is perhaps not the best word to describe the Ukrainian response – instead “insoumission”, to paraphrase perhaps the most famous contemporary French writer Michel Houellebecq, springs to mind.

As I am writing these words at a friend’s apartment in Paris, my family in Odessa is preparing for their own act of “in-submission” to Putin’s brutal force. Already a few Russian airplanes have been shot down over the city’s sky in the past few hours. Bags of cement have been laid around several points of reinforcements around the city, including around its famous baroque opera, where my mother brought me for my first theatre performances. She still reminds me that I cried at one of them, screaming that it was my birthday, and that I deserved better entertainment. I must have been six and back then, I would have preferred the circus.

Today, I would give anything to go to that theatre, where my grandfather repaired its electrical system damaged during the Second World War. He did not live to see us leaving his native Odessa when I was 15, and for the 25 years that followed I have never been back to his grave. And today, reading Levy’s call to European leaders to defend “Ukraine’s most European city” founded by Catherine the Great, I felt a pinch in my heart. I never thought of Odessa, the city where I took my first steps in a tiny, dusty apartment with a small balcony covered in black grapes built in Brezhnev’s epoch, as the most European of Ukraine.

When my great-grandparents were still living there, it was indeed a hustling international port, but by the time I was born, Odessa was fully Soviet, as all other cities of that vast country united under a single hammer and sickle emblem. That conformism made me decide never to look back at my childhood. And today, as Russian naval ships are encircling the city, I cannot help but do exactly that—look back—at my photos as remnants of another epoch, and at my cousin’s messages, who for the past week has been hiding in the corridor of his apartment during air raid alerts. “I am going to sleep”, he messaged me today at seven in the afternoon, “before the next air raid goes off at five in the morning”.

In Odessa, the daylight savings time is now operating to a different rhythm than here in Paris. Tonight, as I dined with a friend whose optometrist uncle has taken up arms in Kyiv, I told her I had the sinking feeling of Odessa disappearing into this pitiless war as those ships that have been in recent days drowning off its coast, Titanic style. I had the sensation, I told her, that the demonstrations, including the one at Place de la Republique earlier today, are not going to save my hometown. Having grown up in Canada and subsequently lived all over the world I never really considered Odessa as my homeland and never imagined that it will risk meeting the fate of Aleppo.

After all, on the other side of Paris, full of liberated post-COVID shoppers this Saturday, queues were forming on Rue Saint Honoré in front of Goyard and Dior stores, as if there was no war, as if Odessa was not risking being wiped off the map as other Ukrainian cities have already. And looking at people in those queues, I could not help but remember the words of a Lebanese friend, who, speaking of his childhood in Beirut during the 15 years of the civil war, once told me that “even during the war, money does not stop circulating.”

“During the war, life goes on”, he said that spring evening, years after the Lebanese civil war, and almost a decade before the port explosion. As the images of the Beirut souks passed us by outside of his car windows, that sentence had somehow struck me. And today, reading the news of the pending invasion of Odessa, that memory sailed back to me. It reminded me of cities, as Beirut, rebuilt but never recovered. This Saturday afternoon, under a clear blue Paris sky, a city that I once had called home, everyone appears belated.

World leaders appear too late to save Odessa as they were to rescue Aleppo, a city which stands today as a carcass of a gazelle devoured by lion. Aleppo is just one example, and maybe I picked it, because to my musical ear it carries an echo of Odessa, but there are of course many others. I still have the images of the Yarmouk refugee camp etched into my memory from a performance by a Syrian pianist Ayham Ahmad, who played among its ruins, before he was forced to flee to Germany. We had corresponded two years ago, when he thanked me for the poem I had written for him.

Yet, in the past week, despite my extensive contacts in the Middle East, I have not received many messages from the region asking about my family in Odessa. As Russia is choking Ukraine into submission, voices all over the Middle East are silent. And there is a reason for that deafening silence. For those voices have spoken, they have screamed against Bashar’s onslaught financed by Putin and equipped by Russian military equipment. They have not been heard.

In his famous speech, Barack Obama said that chemical weapons would be the “red line”, and yet, when they were used against Syrian population, that promise was not honoured. Nothing had happened also, when Syrian refugees had started arriving in Europe. Rare was the public outcry, as that day that a body of a three-year-old Alan Shenu, a Kurdish boy from Syria, washed up on the Turkish coast. And now, the same red lines are being crossed, this time in Europe, to a very different reaction by world leaders. My friends in the Middle East cannot help but remain silent in light of this hypocrisy.

Apart from Bernard Henri Levy’s call to protect Odessa, on social media there was another picture circulating: of Yeltsin embracing Clinton. The subtitle of it read: “the world was a better place when superpowers were run by an alcoholic and a nymphomaniac”. It was perhaps a crude joke, but then, there was something that rang true of those years of “perestroika”, that infamous Russian word for re-ordering that is the equivalent of the Arabic word of “infitah”, an opening for change. Today, both appear missed opportunities.

After the fall of the Berlin wall, when I was nine, a new international order began. Tonight, waiting for Russia to demolish my birthplace, it is painfully clear that those openings have been squandered: Assad’s “infitah” had been missed, as has Russia’s “perestroika”. This was part of the reason why I had never come back to Odessa since we left the city four years after the break-up of the Soviet Union. And this Saturday night, watching the streetlamps in Paris go on and the noises of the city dissolve into the night, I have the sinking feeling that it may be too late: that my road back to Odessa may not be one well-travelled, but one never taken. 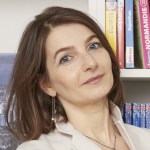 Alissa Kole is the founder and managing director of GOVERN Center, a governance and strategy boutique advisory firm, a former senior official at the OECD and a former LSE Fellow. She is a senior advisor to government and private sector leaders, leveraging her experience as an internationally recognised expert specialising in economic and corporate governance. For the past 15 years, Alissa has been helping policymakers and private sector leaders address challenges related to private and state-owned governance, financial market development and innovation, institution building and regulatory reform. Prior to founding GOVERN, Alissa launched and led the OECD's regional project in the Middle East and North Africa for a decade, in particular developing a unique programme on governance in the region. During her decade-long career at the OECD, she has worked closely with ministers, heads of stock exchanges, capital market regulators, and central bankers and the private sector.