The post-pandemic recovery puts ESG in the spotlight

Environmental, social and corporate governance (ESG) is fast becoming a public expectation. It is no longer simply an option for businesses. Photo by Shutterstock.

More than a year after COVID-19 was declared a pandemic by the World Health Organization, emerging economies have been especially vulnerable to secondary impacts of the crisis. These include rising inequality, poverty and the erosion of public trust in governments, exposing social responsibility and governance fault lines across continents.

From a South and Southeast Asia standpoint, India and Malaysia’s poor handling of the pandemic, human rights abuses by Myanmar’s military junta, and pro-democracy protests in Thailand have left people less trusting of their leaders.

In this environment, can businesses fill the leadership void and do the right thing?

Businesses, especially multinational corporations (MNCs), with a presence in emerging economies, now have an opportunity to make an impact with the implementation of sustainable practices that benefit their investors, employees and community.

In fact, positive action in the ‘social’ and ‘governance’ domains of environmental, social and corporate governance (ESG) is fast becoming a public expectation. It is no longer simply an option for businesses.

The 2021 Edelman Trust Barometer poll results show that businesses are expected to fill the void left by governments. At least 65% respondents agreed that chief executive officers should: a) step in when a country’s government does not fix societal problems; b) take the lead on change rather than wait for the particular government to impose changes on them; and c) hold themselves accountable to the public and not just to the board of directors or their shareholders.

While the ‘environment’ domain of ESG has arguably received the most attention, a company’s social and governance attributes are coming under increasing scrutiny as corporations respond to the human and economic cost of the pandemic.

There is growing global interest in socially responsible investing. However, we often hear less encouraging news from emerging economies where companies are seemingly falling behind when it comes to ESG.

In Myanmar, a host of MNCs—including Japanese drinks giant Kirin Holdings and French energy conglomerate Total—found their local ventures thrown into disarray following the military coup and the ensuing violent crackdowns. Under pressure, Kirin Holdings scrapped its tie-up with a military-linked company, while Total suspended dividend payments that would benefit the military.

But on closer inspection, these actions seem a little too late given the military’s record of human rights violations. Back in 2018, UN investigators said the army carried out mass killings and gang-rapes of Rohingyas with “genocidal intent”. Why did MNCs not take stronger action then?

In Malaysia, the world’s largest rubber glove maker, Top Glove, enjoyed record profits in 2020. This performance was accompanied by a stunning rise in its share price last year as demand for gloves surged amid the pandemic. But after thousands of workers at the company’s production facilities contracted COVID-19, asset manager BlackRock criticised the company’s board for failing to safeguard its workers’ health and safety while living in the company’s dormitories. BlackRock recently voted against the re-election of Top Glove directors. It also intends to vote against the re-election of other incumbent directors at future shareholder meetings to hold them accountable.

That’s not all; Top Glove has been hit by a US customs import ban on the company’s products over forced labour allegations, stalling its $1 billion Hong Kong listing. More recently, the glovemaker has also been removed from the FTSE4Good Bursa Malaysia index, which measures the performance of publicly listed companies demonstrating strong ESG practices.

These incidents show that failure to comply with ESG standards has real consequences.

More and more companies are gradually moving away from the archaic standpoint of simply making profits for shareholders to ensuring benefits for all stakeholders, including customers, employees, suppliers and the communities they operate in.

Companies conducting business in jurisdictions where human rights violations are rampant must no longer ignore the health and safety of their employees, as well as the social issues that threaten local communities.

In the fourth quarter of 2020, global inflows into sustainable funds hit a record high of $152.3 billion, with Europe-domiciled funds accounting for almost 80% of total inflows. As ESG considerations become increasingly important to investors, businesses in emerging markets must catch up and strengthen their ESG standards to attract more investments.

While ESG investing remains more established in developed markets than in emerging economies, there are signs that more and more companies across emerging markets are embracing it.

Over the past couple of years, there have been material improvements in corporate governance, transparency, engagement, openness and in understanding environmental and social risks. Companies with emerging markets exposure are gradually positioning themselves as corporate citizens with a responsibility to the communities in which they operate.

One of the world’s leading seafood companies, Thai Union Group, launched its global sustainability strategy in 2015 after the company came under fire for forced labour and illegal fishing practices. Since its transformation, the Thai Union Group has received numerous sustainability awards and even ranked first on the Food Product Industry Index of Dow Jones Sustainability Indices in 2018 and 2019.

This is but one example.

As more and more companies realise that higher ESG standards will enable them to attract a higher valuation and have better access to capital, we expect ESG to become more mainstream across emerging markets. Businesses can indeed do well and do good. And those who fail to recognise this will likely be left behind as corporate standards improve globally.

More and more companies are gradually moving away from the archaic standpoint of simply making profits for shareholders to ensuring benefits for all stakeholders, including customers, employees, suppliers and the communities they operate in.

This change of thinking requires companies to recognise they do not operate in a vacuum. ESG issues affecting the community have deep and hidden links to the operating environment. For companies to effectively manage their businesses, they must plan ahead on appropriate responses to looming threats. Additionally, businesses must also anticipate when and where a flashpoint could emerge and threaten future operations.

Ignoring social issues can weaken a company’s competitive position and can also lead to boycotts, labour strikes, community hostility, and loss of licences to operate, all of which can significantly impact future earnings.

The links between ESG standards, corporate strategy and risks have never been clearer than during the COVID-19 pandemic, when companies have had to quickly pivot and respond to unprecedented and unpredictable conditions.

A first step towards strengthening ESG standards would be to transparently set out a company’s plans to mitigate ESG risks in the relevant disclosures and reports, followed by concrete action in the right direction. Boards must ensure that companies put in place clearly defined ESG frameworks and implement the right processes to oversee ESG compliance.

Businesses must not only emerge stronger from the pandemic but also ensure their stakeholders recover together. The way to achieve this is to rethink pre-pandemic strategies and to adjust them based on ESG considerations, while embracing new opportunities to do well and do good. 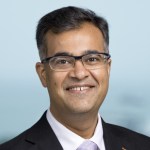 Piyush is a Partner at RHTLaw Asia LLP and heads the firm’s Transport & Logistics practice group. With a background in environmental law, Piyush spearheads the law firm’s newly established ESG practice under the banner of RHT Green. He has close to two decades of extensive experience, both as a senior in-house counsel as well as a private practitioner. Piyush has deep interest in thought leadership involving the regulatory environment surrounding the use of unmanned aerial vehicles or drones, and has established deep credibility within this domain in Singapore, India and the EU.