Home People & Planet The ocean is our greatest climate regulator. It must be a stronger part of climate policy and action

The ocean is our greatest climate regulator. It must be a stronger part of climate policy and action

The ocean has been buffering us from the impacts of climate change, but it is reaching the limit of this capacity. Integrating ocean and climate policy will be crucial
07.12.2021
Sarah SeabrookMicrobial Ecologist at the National Institute of Water and Atmospheric Research
Elisabeth HollandDirector of the Pacific Center for Environment and Sustainable Development at the University of the South Pacific
Lisa LevinProfessor, Scripps Institution of Oceanography Department at the University of California San Diego
Natalya Gallopostdoctoral researcher in the Department of Biological Sciences at the University of Bergen

A turtle in the corals in Thailand. Photo by Milos Prelevic on Unsplash.

The German linguist Heinrich Zimmer once described the ocean as “limitless and immortal … the beginning and end of all things on Earth”.

Standing on the shores of any ocean, one can easily sense this. Yet, the more we reveal about the myriad processes within the world’s oceans, the more we begin to question just how limitless and immortal the ocean truly is.

The ocean is one of the Earth’s greatest climate regulators. It absorbs almost a third of emitted carbon dioxide and more than 90% of excess heat. But the latest scientific report from the UN’s Intergovernmental Panel on Climate Change (IPCC) revealed the ocean may be nearing a tipping point.

Despite a critical need to incorporate the ocean into climate policies, a connection between climate, ocean and biodiversity regimes has been slow to form.

The Glasgow Climate Pact, decided during COP26 earlier this month, may herald a new age. For the first time, the ocean was formally included in UN climate negotiation processes.

A request was also made for the UN Framework Convention on Climate Change (UNFCCC) to hold an annual Ocean and Climate Change Dialogue to strengthen ocean-based action.

#COP26 #GlasgowClimatePact calls for an annual dialogue to strengthen ocean-based action, ensuring that the work to integrate ocean and climate change across the @UNFCCC will continue.

Read the reaction from ocean groups across the world: 👉 https://t.co/TFKhCw626L

This annual meeting will build on the first Ocean and Climate Change Dialogue, which was requested by COP25 in Madrid in 2019 and held virtually as part of UNFCCC discussions in 2020. Prior to this meeting, submissions were sought on priorities and perspectives for ocean-related climate mitigation and adaptation.

In our paper, we share in-depth analysis of these submissions and the first Ocean and Climate Change Dialogue, providing a baseline for continued progress. This analysis also informs the UN Decade of Ocean Science for Sustainable Development and the UN Decade of Ecosystem Restoration, as well as ongoing negotiations on managing the high seas, or areas of the ocean beyond national jurisdiction.

In total, there were 47 submissions, from governments and non-governmental organisations (NGOs). Governmental submissions represented 120 of the 197 nations within the UNFCCC, from largely coastal or island nations with a strong history of ocean management and policy. However, several major coastal nations were absent (including the US, China, India, Brazil and the Russian Federation).

The COP26 summit highlighted the lack of inclusion for all groups in the negotiations, particularly limited access for developing countries, observers and NGOs. The very format of the Ocean and Climate Change Dialogue allowed for a more inclusive process. It revealed different perspectives between governmental and NGO submissions on several key issues.

For example, NGOs more frequently considered ocean ecosystem impacts (such as changes to species distribution and ocean circulation), the deep sea and vulnerabilities to saltwater intrusion into drinking water reserves. The differences in focus highlighted by the Ocean and Climate Change Dialogue underscore the need to ensure all global concerns are heard fully during future COP summits.

All submissions reflected the intrinsic ties between society and the services the ocean provides, from fisheries to carbon sequestration. They also highlighted the many intersections between climate adaptation and mitigation and respective policies.

As seen in the Glasgow Climate Pact, many submissions joined ocean, climate and biodiversity issues. This reflects the growing emphasis on actions and policies that consider the climate crisis holistically, instead of focusing just on atmospheric or terrestrial components.

Most submissions highlighted the need for policies that promote ecosystem resilience and include biodiversity management to support crucial ecosystem functions, such as trapping carbon.

This included nature-based solutions, such as restoring mangrove forests to enhance shoreline protection from storms and promote healthy fisheries, and “blue carbon”, capable of trapping more carbon per unit area than forests.

A focus was seen in the Ocean and Climate Change Dialogue on ensuring adequate funding to achieve climate goals. More than half of all submissions referred to finance, but it was more strongly considered by NGOs than by governments.

Finance was a pivotal issue at COP26, reported as one of the most challenging plans to agree on. This includes issues such as how much finance goes to adaptation over mitigation, and the degree to which rich nations support developing countries bearing the brunt of the climate crisis, despite being the least responsible.

Human rights issues and the importance of transparent, inclusive, fair governance (good governance) were mentioned frequently in the submissions in relation to ocean management, mitigation and adaptation measures.

The continued evolution towards integrated climate action through the Ocean and Climate Change Dialogue and the Glasgow Climate Pact is a major victory. However, high ambition was elusive at COP26 and it will require more work to prevent severe climate impacts on sensitive marine ecosystems and the people who rely on them.

The Dialogue highlighted several next steps, including featuring the ocean in the UNFCCC global stocktake, addressing gaps in ocean finance and increasing ocean science in (and produced by) developing countries.

The ocean has been buffering the impacts of climate change since the industrial revolution, but we are now reaching the limits of this capacity. Integrated ocean-climate policy is a crucial part of our fight against the code red for humanity. The next year of negotiations will show if we can achieve this.

We would like to acknowledge the contribution of Bobbi-Jo Dobush, an independent ocean conservation and policy consultant based in the US. 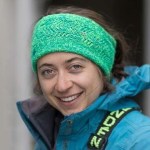 Microbial Ecologist at the National Institute of Water and Atmospheric Research

Sarah is a research fellow working with the National Institute of Water and Atmospheric Research (NIWA) and the School of the Environment at the University of Auckland. She is based in Wellington, New Zealand. 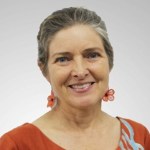 Professor Elisabeth Holland is the Director of the Pacific Center for Environment and Sustainable Development (PaCE-SD). She has long been a leader in studies of the global nitrogen cycle and its interactions with the carbon cycle and the Earth System and as such, Professor Holland is also the Professor of climate change – a position she has held for more than two years now. In 2007, she was a co-recipient of the 2007 Nobel Peace Prize for her contribution to the Intergovernmental Panel on Climate Change (IPCC). She is also the author of four of the five IPCC reports and also served as a US, German and now a Fiji representative. 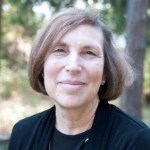 Professor, Scripps Institution of Oceanography Department at the University of California San Diego

Lisa Levin is Distinguished Professor at the Scripps Institution of Oceanography in La Jolla, California, and was Director of the Center for Marine Biodiversity and Conservation and Oliver Chair from 2011-2017. Levin is a marine ecologist who studies benthic ecosystems in the deep sea and shallow water. Together with her students, she has worked with a broad range of taxa, from microbes and microalgae to invertebrates, fishes and whales. Levin is the author or co-author of more than 275 scientific publications. Dr Levin is a ‘Fellow of the Association’ of AAAS in Biological Sciences and a Fellow of the American Geophysical Union. Dr Levin is founder and co-lead of the Deep-Ocean Stewardship Initiative (DOSI). She has also been awarded the American Association of Limnology and Oceanography’s Redfield Lifetime Achievement Award in 2018 and the Prince Albert I Grand Medal in Ocean Science in 2019. 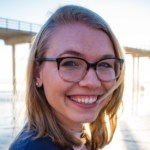 Natalya Gallo is a postdoctoral researcher in the Department of Biological Sciences at the University of Bergen. She is also an affiliate of the Bjerknes Centre for Climate Research and the SDG Bergen Initiative. Her research focuses on how deep sea ecosystems may be impacted by climate change. She is also passionate about the science-policy interface and how the ocean is considered within international climate policy. She has participated in 7 UNFCCC meetings to better understand this process and raise awareness of the ocean within the climate negotiations.