The making of Singapore’s fintech ecosystem

Singapore has a thriving fintech ecosystem and is regarded as one of the leading hotbeds of fintech innovation globally. But this wasn’t always the case – these are recent developments, made possible by strong government will and an assembly of various other factors, says Varun Mittal, EY Global Emerging Markets FinTech Leader.

In this interview with Unravel, Mr Mittal, who is also the author of Singapore: The Fintech Nation, walks us through the evolution of the fintech ecosystem in Singapore. He talks about the role played by culture and the fear of failure, young entrepreneurs looking to push boundaries, active investor interest, and most important of all, state support in birthing and nurturing the Singapore fintech ecosystem, which is the envy of many around the world.

Unravel: What is the importance of fintech to Singapore? How important is fintech in the broader Singapore-as-a-smart-city story, or in terms of innovation?

Varun Mittal: Singapore has always been a trading hub. When you’re a trade and commerce hub, financial services follow through. There are things which are dependent on borders, and there are others that are not, and capital is one of them – it can move overnight from one location to another, but factories cannot. Singapore sits at the crossroads of China, India and the ASEAN market, and financial services are needed to enable trade and commerce. In the past five to ten years, there’s been an unprecedented democratisation of financial services.

In my view, the development of fintech requires capital, distribution and trust. In Singapore, the capital has always been available since it has been a large centre of commerce for decades now. Distribution became commoditised with the internet and the mobile reaching everywhere—be it ride hailing, e-commerce, food delivery and the like—and providing the foundation for the next generation of financial services to be built on top. Finally, any kind of financial services requires trust. As consumers engage with newer services, they need to be able to trust these services in order to use them more often. Across Singapore and much of Asia, we have seen lifestyle and financial services merge, and in many cases, trusted, established brands are providing some kind of financial services as well, providing what can be called “fin-life”. The blurring of boundaries between financial services and lifestyle, enabled by technology to make it seamless and easy, has all contributed to fintech development here.

Singapore has some unfair advantages as well. No other country in the world has one financial services regulator across all financial sectors, be it investment, insurance, micro-lending, or anything else. As a result, Singapore has a one-stop shop, enabling regulations to flow seamlessly – whether it is digital KYC, cloud, all of the enablers flow seamlessly because it’s a one-stop solution.

Unravel: How was fintech development in Singapore accelerated?

Mr Mittal: I have covered this extensively in my book where I argue that one key aspect is the kiasu nature of Singapore. So kiasu refers to a fear of failure, or a fear of losing out. I believe this has served Singapore well in the context of fintech development. Israel became a startup nation because of chutzpah, or a sense of fearlessness arising from extreme risk in adversity.

Singapore has a very different background. It has been dictated by restraint and a fear of failure, given the circumstances of its de-merger with Malaysia. There has always been a desire to do things right—or not do things wrong—and that fear becomes a big strength when you operate in a regulated industry. In other words, every step of the process has been managed carefully in Singapore to ensure nothing goes wrong.

So, I think Singapore has seen a bunch of things coming nicely together – a little bit of recent history, some strong macroeconomic trends, strong regulatory support and cultural aspects of Singapore as a society. Singapore has successfully become a knowledge economy, and financial services fit like a glove on it.

Unravel: One criticism levelled at Singapore is that while it has a fantastic ecosystem for fintech development, we haven’t seen something new coming out of it. Do you agree? And if this is the case, is it a problem?

Mr Mittal: I’ll start with the context of the question. There is a difference between innovation and invention. So, when you say something new, that’s invention; innovation is when you’re creating a new dimension to a product or service, by creating either new distribution, new monetisation, new pricing, new commercialisation or new distribution models. All the so-called inventions can be traced back to a traditional product. In financial services, we don’t invent services.

You invent much in this space. It’s an intellectual debate, which is why the premise is the nature of the industry and this limited invention scope.

So saying that nothing new is coming out of Singapore is not really a criticism. It is a fact. But that effective distribution, pricing, commercialisation, are more valuable, is also a fact – and we see that happening in Singapore.

Unravel: How do you expect digital banks to change the financial services landscape in Singapore? From an SME standpoint, some of the benefits seem obvious (such as greater access to capital)? But what about from a consumer banking standpoint?

Mr Mittal: Singapore has 700,000 plus gig economy workers who don’t have a social security net because they don’t necessarily pay CPF. The signs are the gig economy will become more prominent in the near future, so we need newer solutions that are designed for savings. This is just one example of what I hope the digital banks look to bring to the table. The existing financial institutions can do it, but digital bank players are can be key because a lot of the gig economy workers are already plugged or embedded into the systems owned by these new digital banks being set up – for example the Grab-Singtel digital bank. In these cases, the new banks are already sitting on data, so they can incrementally offer new services.

Similarly, Singapore has upwards of 300,000 foreign construction workers who all need telco services, are sending money back home and want some level of savings protection. So, this large segment of the population also needs service solutions. The digital banks are not necessarily designed to serve ultra-high net worth individuals with a cutting-edge private wealth offering, for example, but to serve the unmet and underserved needs of the population.

And like you said, many SMEs fall into this category.

There is a nudge, but not a granular control.

Unravel: Has fintech in Singapore evolved? If so, how? Has it disrupted the financial services sector, or been supportive of it?

Mr Mittal: I think I’d sum it up by saying that it started as a revolution some years back, but gradually moved to a process of evolution, and we could argue we are in a phase of reconciliation now. I think both the traditional financial institutions and the fintechs have much to gain through reconciliation and collaboration.

I believe that the older fintech mindset of “breaking down” banks has wilted and reality has set in that banks have several inherent advantages of their own. Startups also value a certain scale of business and understand that a fintech app will not go viral.

On the other hand, I think the banks did not expect such rapid adoption of fintech services. But now that it has happened, there’s been a realisation on their part that many fintechs are removing all kinds of artificial barriers and that customers could move aggressively.

So that’s why I say we are in a phase of reconciliation.

Unravel: What is the next frontier for fintech in Singapore? What do you think it will do or achieve?

Mr Mittal: We will see a lot more happening in the areas of payments and wealth. I think digital wealth, wealth exchanges and the like will see a lot of activity. What fintech should do is focus a lot more on insurance, because there is much that can be done in that space. We have seen quite a lot of activity in the broader region in the micro insurance space, but more can be done. Across ASEAN, insurance penetration is very low.

Unravel: Do you see intergovernmental cooperation towards fintech development and adoption within the region?

Mr Mittal: That will not happen because the needs of countries are very different. The needs of Singapore are drastically different to the needs of Indonesia and a few others. That said, I think there is a role for Singapore as the testing bed for the most complex ideas in the fintech space. Importantly, I think Singapore is crucial as a source for talent and in accessing the global markets for capital and investment.

* In Part II of this conversation, Mr Mittal speaks about the impact of COVID-19 on fintech development in ASEAN. 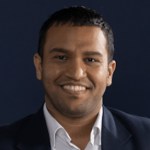 Varun has been working at the cross-section of digital business building and financial services. He is currently a partner at Ernst & Young, leading global emerging markets fintech and ASEAN digital banking practices – supporting fintech startups, financial institutions and regulators. Previously, he was the first marketing and sales employee at helloPay (acquired by ANT Financial, Alibaba Group), led payments for Samsung in ASEAN and developed regional mobile payment solutions at Singtel Group. Varun is co-founder of the Singapore Fintech Association & ASEAN Fintech Network. He has written multiple books covering the journey and evolution of Singapore as a global fintech hub.