Non-fungible tokens have seen great interest lately since the purchase of Beeple’s “Everydays: The First 5000 Days” NFT for over $69 million. However, NFT platforms need to become more sustainable. Photo by Shutterstock.

We are in a new era of corporate ecological responsibility. Consumers are making their voices heard with their buying power, letting corporations know that sustainability and carbon footprints matter.

Moreover, governments and the private sector, pushed by citizens and consumer preferences, are embracing strategies and policies to be more accountable for their ecological impact.

But on the fringe of the corporate and bureaucratic world, a metamorphosis of digital ecosystems is flourishing, and it has a dirty little secret.

The future is on-chain, but energy consumption a concern

NFTs are at the forefront of this new digital world and they have leaped into the mainstream over the past few months. People have spent millions on trading cards, artwork and limited edition albums from popular artists. The buzz extends beyond just the headline of an international auction house: more and more people are waking up to the fact that the future of the arts, music, and the creative economy is on-chain.

In addition to energy consumption of Ethereum, the network is crowded and fees for minting are high. The congestion, high cost and accessibility issues have impacted creators and hurt the reputation of the ecosystem as a whole. There is growing demand from artists entering the cryptocurrency world for the first time for the ecosystem to address and acknowledge its carbon issue.

NFTs are not the only emerging technologies to come under fire for their ecological impact. AI and machine learning systems burn an incredible amount of energy. But big tech companies behind these systems have made considerable efforts to invest in renewable energy. This is happening in the crypto world too, but not for NFTs. Companies like Square have announced investments to build a greener Bitcoin. Additionally, Bitcoin miners are not only incentivised to find the cheapest, cleanest electricity, but are also responsible for increased investment into the renewable energy sector.

Major economies are following suit, by addressing the carbon footprint of their economies. In the Asia-Pacific region, China, Japan, South Korea and Singapore are among 126 countries that have declared dates by which they will be carbon neutral.

More recently, India committed to its Paris Climate Agreement pledge to reduce its carbon footprint by 33% from its 2005 levels by 2030, and is aiming to outperform those goals.

Catching up to do for NFTs

But in the NFT world, the same dynamic is absent. There is no coordinated, globalised push toward sustainability despite the existence of other choices for minting and collecting NFTs that have low ecological footprints.

Proof of stake blockchain protocols consume up to six million times less energy than Ethereum with minting fees that are just a fraction of the cost. But these alternatives notwithstanding, a mass embrace of eco-friendly options hasn’t been witnessed, nor has the NFT ecosystem as a whole spoken honestly about its carbon footprint.

In the blockchain world, users can be both the bureaucracy and the corporate governors of the platforms and systems they use. NFT platforms in particular are at the whim of artists choosing to create and collectors facilitating the marketplace. Blockchain users must speak up in the same way that citizens and consumers have pushed countries and corporations to embrace sustainable policies. And it is important these platforms acknowledge and consider the demands of their constituencies for the sustainability of the industry.

NFTs are here to stay and the impact is being felt across the art world. COVID-19 limited the ability of artists and creators to hold in-person events, and the emergence of NFTs has been a valuable and important outlet for them. And this is but one example of their utility. 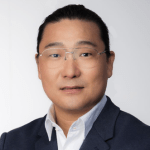 David Shin is an entrepreneur and an ex-banker with over 20 years of experience spanning technology, banking and non-profit organizations. David held key leadership positions in TD Bank Group, Barclays Investment Bank, Standard Chartered Bank and Bitcoin.com, working with senior management to develop their blockchain transformation strategy on digital assets, and helping shape cryptocurrency regulation with regulators and global central banks. David is an early adopter of digital currencies, and has appeared on regional and global media outlets like CNN, CNBC, Bloomberg, NY Times, Swiss TV and the Economist.

Unfolding the value of a big data ecosystem

How to tax in Asia’s digital age

The 5G impact on the evolution of telcos

Beyond connectivity: the evolution of mobile carriers

Rushed crypto regulation benefits no one

How can Asian economies reap the AI economic dividend?