Home Opinion The evolution of the modern work week

The evolution of the modern work week

As the human race has evolved, the number of working hours per person have reduced. But this too varies across economies and changes are definitely on the horizon
20.04.2021
Amit KumarCEO of OLX Autos, India

An office building in London. Work week models have evolved over time and will continue to change. Photo by Marcus Loke on Unsplash.

COVID-19 has transformed our lives. The long-term impact of the pandemic on workplace culture and the office environment is still being understood. Lockdowns made work from home a compulsion, creating concerns around overworked employees failing to maintain a work-life balance.

Surprisingly, work-life balance is a fairly recent concept – first making an appearance in the 1980s, in relation to the Women’s Liberation Movement.

From a seven-day to a five-day work week

The first references of work weeks come from the Babylonian culture (around 1,800 BC) when one worked for all seven days in a week. Babylonians believed there are seven planets, and working all seven days was thought to increase productivity. From today’s lens, a seven-day work week is exhausting.

Yet, the seven-day work week survived a long time, almost till the industrial revolution. The demand for better working terms gained ground after the industrial revolution in the early 19th century. With growing worker dissatisfaction with working hours, the then US President Ulysses Grant allowed 8-hour work days for government personnel in 1869, but this was not implemented in the private sector.

To protest against its non-implementation, private-sector workers went on a strike in Chicago on 4 May 1886, and that eventually led to brutal riots. The event, known as the Haymarket Riot, is commemorated around the world on 1 May as Labour Day.

The battle for more manageable working hours continued for the next 30 years.

Eventually, the 40-hour work week was accepted with Henry Ford adopting it in 1926. And almost after a century of workers demanding better working rights, in 1938, Congress passed the Fair Labor Standards Act. It was still a 44-hour work week, but just in the following two years, the 40-hour work week became the new norm. It took over 100 years to move from a seven-day to a five-day work week.

That’s how we got our 9am to 5pm routine!

What about the six-day work week?

Well, you may wonder, what about the six-day work week, which many nations still follow? How did we get one holiday a week, and who started it, and why is it usually on Sunday?

The answers are interesting. It started with Christians believing Sunday to be a day of worship, in the 19th century. In some traditions, the Sun is said to be the ultimate God and is given the most importance. The day of the Sun—Sunday—was therefore a holiday. That’s how the six-day work week came to be.

In India, the trend of a six-day work week started during the Mughal Empire, with Fridays set aside to perform prayers and to visit the mosque. After that came the British who took Sundays off, but there was no such provision for Indians, who worked all seven days. This changed one day when an individual named Narayan Meghaji Lokhande proposed Sunday as a holiday to the British Raj, but his idea was rejected. That didn’t deter him in his quest, and after a long struggle of seven years, on 10 June 1890, Indians started getting Sundays off.

Much like Christians, for whom Sunday was considered a holy day, Jews’ Shabbat or Sabbath starts on Friday night and continues till the fall of Saturday. This led to a two-day holiday for Jewish workers in the US in 1908; a mill in New England started it and subsequently, it was followed by the rest of the world.

Across different religions and in various countries, different days of the week enjoy special significance and are hence considered as off-days or holidays. Increasingly, around most of the world, Saturdays and Sundays have come to be the two holidays in a week.

Correlation between the economy and work hours

The working hour scenario is different for countries, depending largely on their economic progress, barring a few exceptions in East Asia. That is, typically speaking, working hours are shorter in developed nations, and longer in less developed economies.

This chart indicates how the number of working hours in these developed nations has declined over time from 3,000 hours to around 1,500 hours or lower, per annum. In developing countries, however, things have been markedly different.

Take India for example. In 1970, the average Indian worked around 2,000 hours annually, and this number remained largely unchanged even in 2017. In the case of South Korea, there was a dramatic increase from 1970-1990, before the average number of hours worked started declining.

This chart indicates that workers in rich countries tend to work fewer hours, compared to workers in poor countries. In Norway, which had a per capita GDP of around $60,000 in 2017, the average annual working hours stood slightly below 1,600; and on the flip side, poorer countries such as Bangladesh and Myanmar with per capita GDPs of under $10,000, see their workers put in more than 2,200 and 2,400 hours per year at work respectively.

There are various reasons for these discrepancies, and they relate to productivity of labour and the nature of the work itself, which can differ greatly across countries.

Future of work and labour

Efforts are underway in several countries to further experiment the working week to determine if there are ways to maintain or increase productivity by cutting the working week further shorter.

Ideas have been floated, for example, for a 4-day work week. Such ideas are gaining popularity in certain economies. Lesser working hours are said to increase enthusiasm and eventually productivity and efficiency. The focus is on how employees can spend less time on tasks, but enhance their work efficiency. Microsoft implemented a 4-day work week in Japan in 2019, for instance. The company has reported that it increased the productivity of employees by 40%.

There have been a few popular predictions about working hours. One such prediction was made by John Maynard Keynes. In 1928, he predicted that by 2030, with technological advancement, work capacity and efficiency would be greatly enhanced, and that would reduce the number of working hours to 15 per week. We haven’t reached that level yet, but working hours have reduced substantially over the past 100 years. Companies are exploring ways to reduce the number of work hours and still achieve higher productivity. Amazon, for example, is experimenting with 30-hours week for their technical talent already, and a has allowed six-hour work days to its employees

As organisations continue to find the right balance, and how many hours define a work week, the pandemic has shown us that productivity and efficiency are critical. While the debate around fewer working hours continues, it is important to understand that the new generations are driving a paradigm shift in how work is approached. We are witnessing a rapidly growing gig economy and a change in how people allocate their hours. Only time will tell what work week model will come about, but change is definitely afoot. 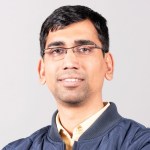 Amit is an entrepreneur, a business leader and a speaker. He is currently the CEO of OLX Autos. Since his graduation, Amit went on to build multiple internet e-commerce ventures in Asia, Africa and Europe. He is a regular contributor on topics related to leadership, entrepreneurship and economics. He is passionate about human evolution and is a psychology geek.