The conventional wisdom on China and the CPTPP is wrong

The view that China is not ready to accede to the terms of CPTPP is wrong, for the country's unique system facilitates circumvention of rules that were designed with market-driven economies in mind
15.06.2021
Stephen OlsonSenior Research Fellow at Hinrich Foundation

The CPTPP member countries seen on the world map. China has shown growing interest in joining the CPTPP. Photo by Shutterstock.

Recent reports that China has held initial discussions about joining the Comprehensive and Progressive Agreement for Trans-Pacific Partnership (CPTPP) raised a few eyebrows. The conventional wisdom has been that China is not yet ready to accede to the terms of what is arguably the highest quality trade agreement ever negotiated.

The conventional wisdom is wrong. China is entirely capable of managing the requirements of the CPTPP. Many of its final provisions, although groundbreaking, fell short of lofty initial ambitions. And 20 provisions from the original TPP text were suspended after the withdrawal of the US. Ample exceptions and wide loopholes would ease China’s compliance with the more challenging provisions.

And in those cases where the stipulated exceptions are insufficient, China has already demonstrated its immense skill in bending, evading, and otherwise nullifying trade rules in other agreements. The CPTPP will be no more effective than the WTO in solving the enforcement challenge posed by China’s authoritarian, state-directed economy. China’s unique system facilitates circumvention of rules that were designed with market-driven economies in mind.

The provisions on e-commerce and cross border data flows are thought to be particularly challenging for China. And summarised descriptions of CPTPP requirements produced by member governments certainly seem stringent. The agreement is said to protect the free flow of information across borders. Companies cannot be forced to turn over their software source code. And governments cannot impose data localisation requirements that force companies to build or utilise local storage facilities.

But the e-commerce chapter also provides significant wiggle room. Members are allowed to impose restrictions on cross border data in order to achieve a “legitimate public policy objective” (Article 14.11). The prohibition on required source code transfer is limited to mass-market software and does not apply at all when it is used in “critical infrastructure”. Members are also permitted to require source code modification in order to comply with local law (Article 14.17). And the prohibition on data localisation requirements does not apply when there is (again) a “legitimate public policy objective” (Article 14.13).

China has consistently demonstrated an expansive interpretation of what actions are justifiable under the pretext of public policy objectives. One can safely assume that China would employ the same broad interpretations to sidestep problematic obligations in the CPTPP. And should the exceptions embedded directly in the e-commerce chapter itself not provide sufficient flexibility, the agreement also contains an expansive, self-judging national security exception. This provision (Article 29.2) essentially green lights any restrictive action taken to protect “essential security interests” (akin to GATT Article XXI).

In some cases, China would not even need recourse to the CPTPP’s exceptions in order to circumvent its requirements. It could rely on the unique features of its system. For instance, the prohibition on required source code transfer could be subverted if foreign companies were subtly “encouraged” to turn over their source code with the implicit understanding that failure to comply will result in diminished access to the critical markets of China. The preponderant role of the government in the economy, and its hand-in-glove relationship with business have allowed these practices to quietly become commonplace in China. Since these implicit understandings are usually only obliquely “hinted” at, and are certainly not official policy, it would be difficult to take action under the CPTPP.

In cases like this (in the e-commerce chapter and elsewhere), China could ostensibly meet the high-quality provisions of the CPTPP while at the same time subverting their intent.

China’s potential accession to the CPTPP involves much more than its ability to comply with its provisions. Accession would be a bold strategic gambit with important geopolitical ramifications.

Although the original TPP negotiations began with Singapore, New Zealand, Brunei and Chile in 2005, once the US joined in 2008, the initiative was perceived to be US-led. The TPP came to be seen, correctly or incorrectly, as a strong reassertion of US economic centrality in East Asia and an implicit rebuke of China, which was not included.

The US withdrew from the TPP in 2017, while China and 14 East Asian partners finally concluded negotiations for the Regional and Comprehensive Economic Partnership (RCEP) in 2020. Although RCEP is significantly less ambitious than CPTPP, it has nonetheless been positioned as a powerful demonstration of China’s preeminent role in the region at a time when the US seemed to be receding.

If China were to join the reconstituted and renamed CPTPP, with the US still on the sidelines, it would deepen the perception that China had displaced the US in East Asia. This would give China a significant leg-up in the intensifying geo-strategic rivalry unfolding between the two countries.

China’s heightened interest in the CPTPP raises two important questions, one for its current members and one for its prominent former member, the US.

Current CPTPP members will have to reflect deeply on the implications of China’s accession on the structural integrity of the agreement, especially in those cutting-edge chapters where China will almost certainly define-down implementation. The CPTPP was originally conceived as the “gold standard” free trade agreement. It aspired to push the envelope in establishing rules and disciplines in new trade areas where the WTO had demonstrated it was not up to the task. By charting new ground in areas like e-commerce and state-owned enterprises, CPTPP members had hoped to bring trade governance into the 21st century. Is that groundbreaking vision compatible with China’s membership?

For the US, the question is whether China’s interest shifts the timetable on considering a possible re-entry into the CPTPP. The Biden administration came into office focused on Covid-19 and infrastructure. There was no intention to even consider major trade initiatives until much later in the term. But events have a habit of reconfiguring carefully laid out Presidential agendas.

A US re-entry would not necessarily be an easy lift though, as the US would seek renegotiation of certain provisions. That may or may not be acceptable to other CPTPP members. And the politics of Congressional ratification would be an open question, especially with midterm elections looming next year. But could the US stay on the sidelines if China moved towards CPTPP membership?

Keep a close eye on these two questions. The manner in which they are framed and resolved will tell us a lot about how trade dynamics in East Asia are likely to unfold over the next three to five years.

This article is republished from The Hinrich Foundation under their Copyright and Reprint policy. Read the original article. 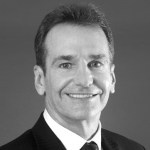 Mr Olson began his career in Washington DC as an international trade negotiator and served on the US negotiating team for the NAFTA negotiations. He subsequently became president of the Hong Kong-based Pacific Basin Economic Council, and vice-chairman of Cairo-based ARTOC Group for investment and development. He is also a visiting scholar at the Hong Kong University of Science and Technology.