Home People & Planet The case for degrowth: stop the endless expansion and work with what our cities already have

Before the pandemic, our cities had a simple plan: let population growth drive economic activity. But the world is changing and the perpetual growth mindset has to change with it
09.08.2022
Kate ShawHonorary Senior Fellow in Urban Geography and Planning at the University of Melbourne

A scene from the streets of Melbourne. Photo by Umesh Gopinath on Unsplash.

Australian cities are good at growing – for decades their states have relied on it. The need to house more people is used to justify expansion out and up, but it is the rates, taxes and duties that flow from land transfers and construction that drive the endless development of Melbourne and Sydney in particular. Property development is the single largest contributor to Victorian and New South Wales government revenues.

For example, the City of Melbourne’s draft spatial plan proposes new suburbs to the west and north. It’s continuing on a course mapped out in the post-recession 1990s, when Australian governments focused on building on or digging up our great expanses. The plan neither questions the rationale for growth nor, apparently, the deeper effects of the pandemic.

The city council is understandably anxious to attract people back to the centre. The city plan presumes a return to Australia’s high population growth of the 2000s. Expectations of a renewed influx of students, workers and tourists from overseas are based more on hope, however, than reason.

The drivers of population growth are more uncertain and we can no longer depend on global mobility at pre-pandemic levels. Birth rates are falling across the developed world, online international education is improving, and research suggests pandemics will persist while cities encroach on the habitats of so many other species.

Meanwhile, the towers thrown up in the heady years of growth are half-empty and cracking, poorly ventilated, reliant on central air conditioning and not built for more extreme weather or low energy consumption. Melbourne and Sydney’s showcase regeneration projects at Docklands and Barangaroo are more dismal and deserted than ever.

Now is not the time for anyone to announce that their city will become “bigger and better”. Cities don’t have to get bigger to evolve, and sooner or later all will have to reckon with the concept of degrowth.

Melbourne can be bigger and better. Here’s the 20 year plan to get it done. Feedback welcome! 🙏⁦@cityofmelbourne⁩https://t.co/m8Lhfq1kmK

Australia must become less reliant on imports of skilled workers, students, tourists and materials. We can make better use of local resources and produce much more of what we need here.

Australian cities have very good bones. They have amazing cultural scenes. Their biomedical capabilities are among the world’s best. Our education sector remains eminently exportable online and via existing overseas campuses. The manufacturing sector still has a base to build on and provide many more of the products Australians need. And our renewable energy capacity is unlimited.

We can support our local hospitality and cultural venues better, and increase intercity and interstate patronage. We can invest in research and development and maintain wealth through innovation and production, rather than the eternal consumption of land.

Rethink what we build and why

Adapting to global environmental conditions means rethinking not just what and how we build, but why. Before designating land for yet more housing estates, for example, let’s consider that a million homes – 10% of Australia’s housing stock – were empty on census night last year. Nearly 600,000 were in Victoria and New South Wales. 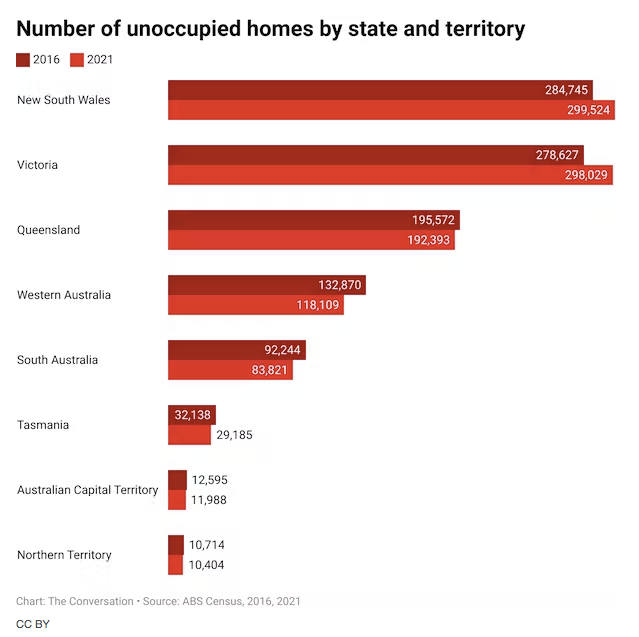 Think tank Prosper Australia has for years demonstrated shocking numbers of vacant dwellings unavailable for rent. A hefty vacancy tax – much greater than the Victorian rate of 1% of property value, while NSW still has none for Australian owners – would lead to many more homes being released onto the market.

The property developers’ argument that we have to build more because that’s the only way to make housing more affordable has been repeatedly refuted by years of careful research.

Tens of thousands of upmarket dwellings have been added to the inner cities of Melbourne and Sydney over the past 20 years, with no reduction in prices across the board. While upmarket unit prices might drop a little when vacancy rates in that submarket increase, their developers are keenly alert to any dip in profits. At the slightest hint of surplus they just stop building.

It's been a week now. We havent heard anything from the @acccgovau or auditor generals re the land banking exposed in our Staged Releases report. How is supply to ever matter withour oversight? https://t.co/EWPCSBgN2B pic.twitter.com/11bIBnhThB

If housing affordability is the object of urban expansion, let’s grasp that nettle: the only way to achieve it is to build affordable housing, it’s that simple. More than enough land is available within the urban growth boundaries for residential development.

Recent research from Prosper shows there are 84,000 undeveloped housing lots on nine Australian master-planned estates alone. This does not include the many inner-city regeneration projects already under way. Social housing in these areas should be the focus of urban planning before any more land is released.

What about ‘under-developed’ urban lands?

Further expansion of the inner cities of Melbourne and Sydney can only encroach onto low-lying, flood-prone industrial lands that were long ago deemed unsuitable for residential development. It would be folly, or very expensive, to build housing there.

These areas are and still can be used for manufacturing, however, and not just the new niche urban manufacturers that gentrifying councils so love to love. Older industries that are even now being displaced from Fishermans Bend in Melbourne and Blackwattle Bay in Sydney can easily coexist with artisanal bakeries and coffee roasters.

The imperative to promote sustainable local production is stronger than ever now that the pandemic and war have exposed the vulnerabilities of global supply lines. Our diminishing industrial lands really should be kept for industry, until such time as sea-level rise claims them as wetlands.

This is not an argument for decreasing construction activity: there is much work to be done retrofitting existing buildings. These need to be re-clad, better ventilated, opened to passive cooling and adapted to a warming climate.

The ongoing regeneration projects in Melbourne and Sydney need a lot more attention. Docklands, Darling Harbour and Barangaroo could become useful with some serious interventions. The emerging Fishermans Bend and Blackwattle Bay developments have already released more land than their planners know what to do with.

A forward-looking city plan would consolidate and advance what that city already has. That’s the way to build revenue streams that are environmentally, socially and politically sustainable. 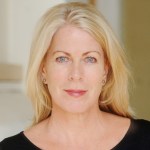 Kate Shaw is an honorary fellow in Urban Geography and Planning. She is currently writing a book from her latest research which focuses on urban renewal in the 21st century. The book is titled 'The squander and salvage of urban waterfronts', to be published by Palgrave MacMillan. Kate’s background is in alternative cultures. Before the current research she completed an ARC discovery project in the Faculty of Architecture Building and Planning at Melbourne University titled “Planning the ‘creative city’: reconciling global strategies with local subcultures” (2009-2012).