Prior to the spread of the coronavirus, these numbers were expected to grow rapidly. For example, CO2 emissions from commercial aircraft—excluding airports and related supply chain industries—were on track to triple by 2050. This was driven by a worldwide surge in both passenger air travel and air freight volumes, especially on the back of e-commerce and digital trade.

Therefore, it was forecast that aviation’s share of transportation-sector emissions would balloon, just as surface transportation modes such as cars, buses and trucks enjoyed access to alternative environment friendly fuels. No serious attempt to address climate change concerns can overlook aviation.

Moreover, carbon emissions are not the only environmental challenge posed by a growing aviation sector. Nitrogen oxides, particulates, noise and lead pollution also impact often disadvantaged communities living near airports. In recent times, we have seen more and more communities weighing in to challenge their rights with airport authorities and governments.

Change on the horizon?

In 2019, sustainable aviation fuel (SAF) was just starting to gain traction at scale, and was only beginning to receive media coverage and see significant batch order commitments by major airline groups.

However, many of these commitments had to be cancelled or delayed due to the pandemic which led to an uncertain period for the overall viability of SAF production. But one company, in particular, was undeterred. It was already deeply committed to producing this alternative fuel at scale. Despite uncertainties, it remained confident that market factors, public opinion and government policy would start to work in its favour.

There is consensus that aviation will be among the toughest sectors to decarbonise. Sustainable aviation fuel can ultimately cut emissions by up to 80% compared to ordinary Jet A-1 fuel.

The COVID-19 crisis—and the ensuing travel bans—led me to question the viability for airliners and operators to purchase SAF. This was on account of the fact that there is a significant price difference between SAF and traditional Jet A-1 fuel. Also, would governments continue to impose carbon reduction targets as mandatory while rolling out incentives such as grants, tax breaks and regulation to facilitate SAF growth? Would governments be able to allocate the necessary attention to SAF, given that the bulk of their focus is elsewhere? Additionally, in most cases, global airliners and operators are still in purely survival mode with massively reduced operational capacity.

My first port of call was therefore to reach out to Neste to find out more. Neste, with an oil refinery facility in Singapore, has already announced its intention to become the world leader in aviation biofuel production.

Of Neste’s total volume, 75% is produced from waste and residues. SAF can ultimately cut emissions by up to 80% compared to ordinary Jet A-1 fuel. However, the industry is still a long way off from wide deployment.

What is required is creating enough economies of scale to ensure SAF is financially competitive with kerosene. It is estimated SAF will become truly viable once production reaches 7 billion litres – or around 2% of all jet fuel usage. The first objective, therefore, is to reach that 2% goal as soon as possible, which companies like Neste hope to achieve by 2025.

Damian McLoughlin, key account manager for Europe and Asia at Neste, told me that carbon management has shifted gears during this crisis. “With ever shortening horizons for industry and national targets on greenhouse gases reductions, there is a sense that SAF is becoming a part of many airlines’ strategic core objectives, and therefore, it has moved up in terms of positioning in any prioritisation efforts around costs,” he said.

With the climate crisis accelerating—and key economies such as the EU aiming to reach net-zero emissions by 2050 and China by 2060—every industry that emits greenhouse gases must be targeted. There is consensus that aviation will be among the toughest sectors to decarbonise.

Is decarbonisation of aviation possible?

International think tank Energy Transitions Commission released a report titled China 2050: A Fully Developed Rich Zero-Carbon Economy in 2019. It highlighted that it is technically and economically feasible for China to achieve simultaneous targets of becoming a fully developed economy and reaching net-zero carbon emissions by 2050. The is after factoring in China’s aviation sector – currently the world’s second largest.

The Chinese government is fully committed to making this a realisation despite the ongoing COVID-19 crisis.

We have also seen significant SAF commitments to help increase production investment by suppliers like Air BP, Shell Aviation, and certain hub airports like Schiphol and San Francisco. In addition, there are also noteworthy efforts from Japanese airline ANA, and from fixed based operators in the US – namely, Signature Flight Support, World Fuels and Avfuel that serve the private and general aviation sub-sectors. Large commercial fleet carriers such as Netjets, Vistajet and Directional Aviation Capital are also committing to purchasing certain amounts of SAF, which bodes well for oil refinery pioneers of alternative fuels.

No serious attempt to address climate change concerns can overlook aviation. There is consensus among experts that sustainable aviation fuel forms a significant part of a suite of solutions if the aviation industry is to truly limit greenhouse gas emissions going forward.

As the economic recovery gains momentum, air passenger transportation demand is forecast to strongly rebound in Q3 2021. There is already significant air cargo demand due to the surge in e-commerce, and it will increase further on account of vaccine rollouts and the continuing requirement for personal protective equipment. In keeping with larger interests, it is prudent to keep up the pressure on continually educating governments and policymakers to understand the sector’s needs. Further, the adoption and incentivising of policies that support SAF product rollouts globally must be advocated. As consumers, we can ensure airliners are playing their part in prioritising SAF as part of their strategic development plans.

Not a silver bullet, but a start

SAF is not the silver bullet in meeting the aviation industry’s net zero carbon targets. However, there is consensus among experts that SAF forms a significant part of a suite of solutions if the aviation industry is to truly limit greenhouse gas emissions going forward. These include usage of green hydrogen, batteries and other electrofuels.

It is, therefore, noteworthy that SAF is now available and is scalable, allowing further reductions in its cost of production. This is one way in which the aviation industry can build back better, by creating a more sustainable and green future for future generations. 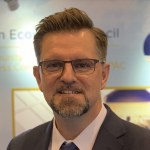 Michael Walsh is a respected expert and super connector. He works tirelessly to lobby and educate both corporations and government officials of the importance of the aviation industry in regional economic development across Asia-Pacific. In addressing the latest environmental concerns, social and good governance responsibilities he has turned his passion to advocating the market development of Sustainable Aviation Fuels.