Home Technology & Digitalisation Tech is being used to help Ukraine, here’s how

Technology is being used in creative ways to channel help to Ukraine amidst the Russian invasion
08.03.2022
Umberto BacchiJournalist, Thomson Reuters Foundation

Technology is being used to support Ukraine. Photo by Christin Hume on Unsplash.

Over half a million refugees have already fled Ukraine, and companies, such as Airbnb, have stepped up to offer housing.

Companies such as Meta, Microsoft and Google have all taken measures to prevent Russian state media from benefiting from a social platform.

From offering refugees their spare rooms to donating cryptocurrency, people around the world have been using technology to channel help to Ukrainians since Russia launched its military assault.

Some tech companies like Google and Microsoft have taken steps targeting Russian state media or helped start fundraising campaigns following the invasion, which the U.N. refugee agency said had forced more than half a million people to flee Ukraine.

Here are five ways people and companies are using tech to help Ukrainians:

A Russian man has also set up Relocation.Ge, a website to help Ukrainians find shelter in Georgia – connecting those fleeing with homeowners willing to accommodate them, doctors providing free consultations and others offering in-kind assistance.

Founder Stanislav Sabanov, a 37-year-old who normally runs a relocation service for expats, said hundreds of people have reached out since the invasion.

“We all have one thing in common – we are against war and wanted to help people who found themselves in a difficult situation,” Sabanov said, referring to the team of volunteers helping him sift through the requests.

In Poland, tens of thousands of people have signed up for social media groups including “Ukraine, I’m helping you!” and “Host a Sister” offering their homes, money and carpools to Ukrainians seeking refuge in the neighbouring country.

In the city of Poznan, a 700-member group called “Kejterski Patrol” offered help to people fleeing with their dogs by temporarily housing and walking the animals.

Ukraine’s government has raised cryptocurrency worth almost $13 million after posting appeals on social media for donations of bitcoin and other digital tokens, according to data from blockchain analysis firm Elliptic.

Ukraine appealed for donations on Saturday by posting digital wallet addresses on Twitter, with the ministry of digital transformation saying the money would be used “to destroy as much Russian soldiers as possible”.

Some well-established charities including Save the Children and Mercy Corps are also allowing donors to support their relief efforts with bitcoin.

Within the world of crypto, some have been using non-fungible tokens (NFTs) – digital assets representing a unique digital item – to collect funds.

Russian punk band Pussy Riot has joined forces with crypto groups Trippy Labs and UkraineDAO to auction off the NFT of an Ukrainian flag and donate the proceeds to a local charity.

“Our goal is to raise funds to donate to Ukrainian civilian organisations who help those suffering from the war that Putin started in Ukraine,” the band wrote on Twitter.

Users can pool resources into a single bid and receive in exchange “LOVE” tokens that according to UkraineDAO’s website have no utility nor value, “but are a beautiful testament and reminder of your contribution to a noble cause”.

The initiative has raised about $3.5 million so far.

Internet connectivity in Ukraine has been disrupted by the Russian invasion, and Moscow has taken steps to control information at home by restricting access to social media platforms including Twitter and Facebook.

In a bid to keep Ukraine online, SpaceX billionaire Elon Musk has said the company’s Starlink satellite broadband service had been activated in Ukraine and SpaceX was sending more terminals to the country.

Russian digital rights group Net Freedoms has published a series of tips to help people affected by an internet outage to communicate with loved ones and keep informed about the latest developments.

These include using “light” messaging services like Signal, deleting apps that generate internet traffic and disconnecting unnecessary “smart” from the Wi-Fi network to ensure short spells of connectivity are not wasted.

Through its Telegram channel, the group has also urged followers to donate money to a legal aid organisation that is representing Russians arrested for protesting against the war.

Tech firms have also announced measures in response to the Russian invasion.

Face-swap app Reface has started sending push notifications about the invasion to its users, including those in Russia, and watermarking videos with a Ukrainian flag in a show of support for the country, news site Techcrunch reported.

Meta, previously known as Facebook, has instead barred Russian state media from running ads or monetising on its platform anywhere in the world.

Microsoft and Google took similar steps. Microsoft said it would not display any state-sponsored Russia Today and Sputnik content, de-rank their search results on Bing and not place any ads from its ad network on those sites.

Google also disabled some Google Maps tools that provide live information about traffic conditions and how busy different places are for Ukraine, saying it was for the safety of local communities.

This piece was first published on the World Economic Forum and can be read here. 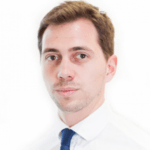