Home Globalisation & Geopolitics Taiwan is becoming a flashpoint for China and the West – how does New Zealand respond?

Taiwan is becoming a flashpoint for China and the West – how does New Zealand respond?

The political temperature is rising in the South China Sea, and its effects will be felt in the South Pacific before long
19.10.2021
Alexander GillespieProfessor of Law at University of Waikato

Recent incursions by the Chinese air force into Taiwan’s air defence zone have ratcheted up already tense relations, with the US and Australia both warning China about undermining regional peace and stability.

Chinese shows of strength are nothing new, but these air incursions have gone from about 300 last year to 500 in the first nine months of 2021 – primarily near the contested Pratas Island, occupied by the Taiwanese military but also claimed by China.

With Britain recently dispatching a warship through the Taiwan Strait, and Japan talking of potentially helping to defend Taiwan, New Zealand is again placed in the difficult position of balancing its traditional alliances with its largely neutral and trade-dependent relationship with China.

The complexities of Taiwan’s place in the modern era can be traced back to the war in Vietnam and the American rapprochement with China that helped end it. Having previously been seen as a bulwark against communism by the West, Taiwan found itself on the outer.

New Zealand followed the US in switching diplomatic recognition from Taipei to Beijing and has since adhered to a “one China policy” that stipulates Taiwan is an inalienable part of the territory of the People’s Republic of China.

So while New Zealand does not maintain diplomatic relations with Taiwan, it has a vibrant trading, economic and cultural relationship, including a trade agreement worth about $NZ2.12 billion annually.

This all presents ongoing diplomatic challenges. For example, because of Taiwan’s excellent COVID-19 response, New Zealand supported their having observer status at the World Health Organization – earning a rebuke from China.

Even more awkwardly, Taiwan has applied to join the Comprehensive and Progressive Agreement for Trans-Pacific Partnership (CPTPP), the trade pact designed by the Obama presidency to prevent Chinese trade dominance. Donald Trump subsequently refused to sign, but China now wants to sign.

All eyes on the US

It might almost be amusing if it weren’t so dangerous. It has been a long-standing article of faith in Beijing that Taiwan would be reunited with China under some kind of one-country-two-systems arrangement – with Hong Kong the model.

This vision ran headlong into the reality of what has happened to Hong Kong’s autonomy after Chinese reunification.

Nonetheless, Chinese President Xi Jinping has continued to insist “complete reunification” with Taiwan will happen. And China has made clear that any attempt by Taiwan to reach for full and formal independence would mean war.

While the US Taiwan Relations Act does not obligate military intervention if Taiwan were attacked, it does contain a promise to provide the means of defence. Just how the US would respond, however, is hard to predict. On balance, it’s likely it would get involved.

Taiwan now shares American democratic values and Joe Biden has a poor relationship with China. The pressure to lead in the event of a Chinese annexation, especially in front of US regional allies, would be strong.

And the secret deployment by Trump (continued under Biden) of special operations troops to help train the Taiwanese military does not suggest a hands-off approach.

For New Zealand, navigating a middle path between China and the US is becoming increasingly complex. The Ardern government has criticised China for cyber-attacks, but taken a softer stance on human rights abuse. For better or worse, New Zealand was not included in the recent AUKUS agreement.

But this also opens up opportunities for independent thinking about keeping the peace, based on New Zealand’s recently stated five foreign policy principles: respect for the rules, openness, inclusivity, respect for sovereignty, and transparency.

That means New Zealand respects Chinese sovereignty and the one-China policy. To avoid doubt, this would involve clearly stating New Zealand does not support calls for the formal independence of Taiwan.

At the same time, by reiterating support for the status quo, New Zealand would by implication be calling for Chinese military restraint in the contested zones around Taiwan, and the exit of American military trainers in Taiwan.

Towards a rule-based order

Inclusivity and openness can be promoted by supporting Taiwan’s membership of international organisations and agreements, especially where China and Taiwan might mutually benefit.

Most importantly, New Zealand can stand for a system of international relations based on negotiation and independent adjudication of disputes.

If there are gaps in the rules governing control of disputed islands or increased regional militarisation, New Zealand should offer to help draft and negotiate new ones. Calls for a peaceful resolution of territorial disputes in the South China Sea should be consistently applied to both China and Taiwan.

Ultimately, only a rule-based international order can secure a peaceful future for large and small states alike. 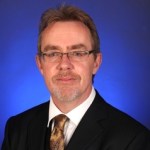 Professor of Law at University of Waikato

Alexander Gillespie is a professor of international law at the University of Waikato, New Zealand. His research focuses on laws of war and armed conflict. Alexander has also been the lawyer/expert on a number of international delegations and advised the New Zealand government on multiple matters of international concern. Professor Gillespie was the first New Zealander to be named Rapporteur for the World Heritage Convention, involving international environmental diplomacy under the auspice of UNESCO. He has also been engaged in policy formation for the United Nations, the Commonwealth Secretariat, and governmental, commercial and non-governmental organisations in New Zealand, Australia, United States, United Kingdom, Ireland and Switzerland.