Southeast Asian solidarity with Black Lives Matter: Have we missed the mark?

The show of solidarity from Southeast Asia with the Black Lives Matter movement ought to be celebrated. However, while well meaning, much of this energy avoids the difficult home truths about race, exclusion and exploitation
15.06.2020
Jenna TanNon-profit consultant

Protests like this one have gripped cities in the US—and overseas—over the past few weeks. Photo by Heather Mount on Unsplash.

The show of solidarity from Southeast Asia with the Black Lives Matter movement ought to be celebrated. However, while well meaning, much of this energy avoids the difficult home truths about race, exclusion and exploitation

In 1940, Hattie McDaniel became the first African-American to win an Oscar for Gone with the Wind. The film is mired in racial controversy, and was heavily criticised by African-Americans at the time. McDaniel’s role was the protagonist’s slave, and when freed, a maid. In short, she was portraying a woman with few economic and social rights, exploited and degraded by a brutal racial and economic caste system.

In Southeast Asia, there is a temptation to ignore the building blocks that have contributed to the injustices in the US. Here many of us express outrage at white cultural impositions, without acknowledging how we force others to take a subservient role, much like that of McDaniel’s in Gone with the Wind.

The killing of George Floyd and the Black Lives Matter demonstrations have resulted in global eruptions of protests and solidarity. Outrage has extended to Southeast Asia. Many across the region are showing support for black communities in the US. Social media feeds are awash with black squares. Undoubtedly, solidarity is positive and to be celebrated. Cross-racial, -ethnic and -identity racial justice movements can achieve far greater effect, than standing alone.

But how committed are we to tackling injustices against African-Americans? Our support barely extends beyond reflecting on our own experience of colourism. While these are major problems in the region, the discrimination of African-Americans runs far deeper. With our own treatment of minority groups and the economically disenfranchised, can we truly say our behaviours are so different from much of White America’s?

Where solidarity is working

Colourism is deep rooted in Southeast Asian culture and history. Fair skin is assumed to equate with beauty and class. Dark-skinned peasants toiled in the fields under the sun, while the wealthy stayed indoors. European colonisation increased this discrimination, with the white race deemed superior. Today, Euro-centric beauty ideals continue to dominate, and white has become synonymous with power.

Promoting colourism is a multi-billion-dollar industry. On offer are a dizzying array of skin whitening products, and more ominously, cosmetic procedures like skin bleaching. In 2017, the industry was globally valued at $4.8 billion. The message is clear – white skin offers more.

Our culture discourages children from playing in the sun and makes adults hide under umbrellas and long sleeves—all to avoid becoming dark. Our beauty ideals extend beyond skin colour. The ‘Eurasian look’– dewy porcelain skin, small nose, big eyes – is the coveted standard of beauty. Our advertising industry perpetuates these norms, with billboards and commercials filled with light skinned Asians or Caucasians.

We need to ask how power, economic wealth and opportunity are distributed in our region. We need to examine where the power imbalances in our society lie.

Culturally, this prejudice runs sub-consciously deep. ‘Whiteness’ is given social status, and ‘blackness’ deprived of it. A foreign white worker in our part of the world is an expat, a non-white foreign worker is an immigrant, often (incorrectly) labelled ‘illegal’. White tourists are treated as aristocracy with preference, while locals are often seen with contempt.

Colourism is an obvious parallel to Black Lives Matter in Southeast Asia. This parallel is frequently and well expressed across social media even before the recent Black Lives Matter demonstrations. These demonstrations have sparked a renewed interest in the topic in Southeast Asia. There is no doubt colourism is a pertinent issue because of its racist associations.

Where current solidarity is limited

Solely focusing on colourism does a disservice to the Black Lives Matter movement. Colourism alone does not explain why George Floyd was murdered by US police officers. The injustices faced by African-Americans are social, economic and political. Prejudice goes beyond skin colour and is deeply rooted in institutions – in fact, it has been for four centuries now.

To truly question what Black Lives Matter means in a Southeast Asian context, we too must dig deeper.

Solidarity for Black Lives Matter should support equality and tackle injustice. Therefore, we need to ask how power, economic wealth and opportunity are distributed in our region. We need to examine where the power imbalances in our society lie. To be allies of racial justice movements means dismantling power structures that discriminate along racial lines. In the first instance, we need to be honest with ourselves about how our life quality is enhanced through the sweat of others, most notably migrant workers.

How many of us are the problem?

Across many countries in the region, domestic workers suffer from limited legal protection, no minimum wage and in some cases debt bondage, withheld wages, passport confiscation, and physical and mental abuse. And moreover, since domestic workers are overwhelmingly migrant workers, the economic and therefore power disparity between employer and worker countries catalyses exploitation – leaving these workers vulnerable.

Beyond migrant domestic workers, there are well-documented labour and human rights abuses of other migrant workers and refugees in the region. These workers play a crucial role in construction, agriculture, livestock, seafood, manufacturing, and hospitality sectors to name a few.

Colourism is a real and pertinent issue, but it fundamentally misses the wider context of the African-American experience and the bigger problems closer home.

In countries such as Malaysia, they have been a key factor in its competitiveness and economic success. Despite this, they are exploited by “a confluence of unscrupulous recruitment agents and employers, harsh immigration policy, and a lack of enforcement of labour protections”.

The situation is similar across much of Southeast Asia, with migrant workers suffering from unsafe working conditions, poor living conditions and lack of access to healthcare. Like foreign domestic workers many are subjected to passport confiscation and debt bondage.

The irony of African-Americans’ history as slaves should not be lost on us. The real parallels with Black Lives Matter lie in our complicity with the power structures that dehumanise and impoverish others in our society. We cannot respect the historical factors leading to injustices in American society while impoverished migrant workers are similarly at the receiving end of ours.

Inequality is defined by a power many of us hold

Many are well meaning with their support of Black Lives Matter. Colourism is a real and pertinent issue, but it fundamentally misses the wider context of the African-American experience and the bigger problems closer home.

Black Lives Matter is an opportunity to examine our own privilege and ask questions of ourselves. Are we excluded from the opportunities of good quality work, healthcare and a life free of poverty? Are we marginalised, exploited and degraded by the economic and social structures in which we live? Or rather, do we inflict these circumstances on others? If we are to be true allies of Black Lives Matter, we must question the power structures in our own societies and the roles we occupy in them. We must realise that the dynamics of inequality are defined by power, and not solely by the colour of our skin.

Most importantly, in realising our own privilege we must use it to express solidarity. We cannot be outraged by the indifference of White America to human suffering, and continue to be oblivious to the same ourselves. That is hypocrisy. 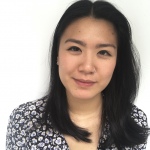 Jenna supports for-purpose organisations develop strategies for greater social impact. Her experience is in developing sustainable models of growth for social innovations. She is currently on sabbatical in Latin America.