Sifting through the noise around Indonesia’s omnibus bill

We speak with two legal experts about the contentious omnibus bill, which is expected to boost Indonesia’s economy, but has resulted in protests around the country
03.11.2020
An interview with
Azman JaafarManaging Partner and Head of the Indonesia Practice at RHTLaw Asia
Aulia ShannonAssociate at RHTLaw Asia

Students hold a demonstration against the recently passed Omnibus Law Bill at the House of Representatives of the Republic of Indonesia, in Yogyakarta, Indonesia. Photo by Shutterstock.

The Indonesian parliament has passed a ground-breaking piece of legislation that amends 79 laws and, according to the government, will help kickstart the economy, which has been hit hard by COVID-19.

The government says the bill will make doing business easier and help draw foreign investment by reducing red tape and simplifying existing laws related to business, labour and the environment. Critics and interest groups are up in arms as they are of the view it will harm workers and the environment in the process.

There’s a lot of noise around this new, controversial law and it has been met with widespread protests, which makes it important to look through the noise. To do just that, Unravel spoke with Azman Jaafar, managing partner and head of the Indonesia practice at RHTLaw Asia, and associate Aulia Shannon.

Unravel: What is the omnibus law?

Aulia Shannon: The ‘omnibus law’ is a collection of consolidating statutes that will bring together all newly amended provisions of numerous existing laws and regulations from various industry sectors. The omnibus law was first mentioned by President Joko Widodo during his inauguration speech for his second term in October 2019. It was intended to address several issues relating to job creation, taxation, and the empowerment of micro, small and medium enterprises (MSMEs).

The first omnibus bill, which was approved by the Indonesian House of Representatives and recently submitted to the President, is the Job Creation Law (also known as UU Cipta Kerja). The Job Creation Law will introduce sweeping amendments to more than 80 existing statutes. It addresses issues in the following areas:

Unravel: The government has also said that this law is essential to improve the business environment, attract investment, create jobs and drive economic growth. Do you think it can meet its objectives?

Azman Jaafar: The government is aware of the competition Indonesia is facing within the region. It has every good intention to ensure that Indonesia attracts more investment and creates more jobs. The proposed Job Creation Law has been welcomed by foreign investors as a step in the right direction. It will create a ‘friendlier’ investment climate in Indonesia. It made good sense for the government to undertake this transformation in a single major exercise, harmonising and unifying overlapping cross-sectoral conflicts, and conflicts between central and local laws and regulations. This will result in greater efficiency and the increased ease of doing business generally in Indonesia in a time frame that is relatively shorter.

However, for the omnibus law to truly achieve its purpose and objectives, the enactment of the new law must also be followed up by thorough, consistent and effective implementation of the law through clear, unambiguous and comprehensive implementing regulations.

It does appear that the proposed law will generally weaken the current environmental safeguards that are currently in place.

Unravel: A commentary in the Jakarta Post said “more than 90% of the law is actually designed to stimulate domestic and foreign investment by removing bureaucratic inefficiencies and excessive licensing requirements as well as opaque, overlapping and contradictory regulations that have long hindered competitiveness”. Why then is there such staunch opposition to it?

Mr Jaafar: The current omnibus bill runs into more than 800 pages. Understanding the impact of these proposed changes is a task unto itself. From media reports, we believe that much of the opposition and ensuing violence stemmed from misinformation. The internet is rife with disinformation that has reached a very large and wide segment of the public. Perhaps, there could be better socialisation of the omnibus law by the government. Much of the omnibus bill is extremely technical. With numerous drafts of the omnibus bill having made its rounds in public, it was easy for opponents to the new bill to sow seeds of distrust and controversy among the public. Fear and insecurity in this current climate have just worsened the situation.

Unravel: In your opinion, is the proposed law a blow to labour rights?

Mr Jaafar: The proposed omnibus law will have the effect of reducing some rights that presently exist under the current labour laws. It is also true that the current labour laws in Indonesia are known to be stringent and pro-employee. The objective was to strike a balance between employee rights and a more pro-investor business environment in Indonesia. The net effect of this balancing act will subsequently tip the scales to create more jobs in Indonesia.

We should also be mindful that the proposed new law provides additional protection and rights to workers than the current labour law; such as an unemployment insurance scheme provided by the government. In the premises, it is quite unfair to insist that the proposed law is a blow to labour rights.

Unravel: Many critics argue the passing of the law can result in environmental damage and adversely impact sustainability at the cost of economic growth? What is your assessment?

Mr Jaafar: The main purpose of the proposed omnibus law is to promote and stimulate investments into Indonesia. When attempting to achieve the same balance, there appears to be an erosion of legal protection that was originally given for primary forest cover. The proposed law also weakens the requirements for environmental impact assessments for industrial and agribusiness projects. It will also remove the existing regime for strict liability for plantation fires.

In short, it does appear that the proposed law will generally weaken the current environmental safeguards that are currently in place.

Unravel: Was there sufficient public consultation before the approval of the law?

Ms Shannon: The drafting of this new law followed a process that is in accordance with Indonesian law on the formation of laws. This included a public hearing in the house of representatives and discussions with stakeholders such as labour unions, experts, academicians, lawyers, business communities, and the like. There was public consultation in accordance with the law.

For the omnibus law to truly achieve its purpose and objectives, the enactment of the new law must also be followed up by thorough, consistent and effective implementation of the law through clear, unambiguous and comprehensive implementing regulations.

However, the optics were probably less ideal: It was a comprehensive bill that has wide-ranging impacts on a large cross-section of the community.

Unravel: It seems to be a classic case of a law that businesses and investors approve of, while civil society groups, environmentalists and trade unionists are against. In such a situation, how can the government reconcile the differences between the two sides?

Mr Jaafar: There will always be differences of opinion and competing interests whenever new and ground-breaking laws are introduced. Striking a workable balance is a delicate exercise and matters that affect the public as a whole, such as environmental issues, should never be compromised as part of the balancing act. Interest groups need to look at the big picture and not focus too much on self-interest. The government plays a major role in providing safety and opportunities for its citizens. And as the guardian of these competing rights and interests, it is a difficult role to fulfil.

Trust is an important factor and the only way that the different interest groups can overcome their differences is to have frank and open discussions about what each group wants to achieve. In its role, the government will have to address the open issues in order to maintain its credibility. 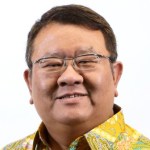 Managing Partner and Head of the Indonesia Practice at RHTLaw Asia

Azman Jaafar is managing partner and one of the founding members of RHTLaw Asia. His corporate and capital markets practice focuses mainly on energy and resources, and hospitality industries. He has advised and represented clients in numerous transactions involving mergers and acquisitions, corporate finance, mining and oil and gas in Singapore, Indonesia and China. He also heads the firm’s Indonesia Practice and manages the ASEAN Plus Group. Azman was named IFLR1000 Leading Lawyers 2015 – M&A, Project Finance, Energy, Mining and Oil & Gas, as well as AsiaLaw Leading Lawyers 2009 – Capital Markets/Corporate Finance and Corporate Governance. Azman was awarded a Public Service Medal (Pingat Bakti Masyarakat, PBM) by the President of the Republic of Singapore in 2007 in recognition of his voluntary work as a councillor with Northeast Community Development Council since 1997. 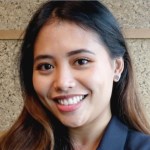 Aulia practices Indonesian law and is experienced in acting on Indonesia-related transactions, and advising on Indonesian matters relating to market-entry, employment, compliance and good corporate governance, and tax. She has been exposed to legal projects in a wide area of industries in Indonesia including fintech, construction, pharmaceutical, defence, oil and gas, wet shipping, and real estate and property. Prior to private practice, Aulia has experience in the Legal Bureau of the Ministry of Finance of the Republic of Indonesia.