Russia-Ukraine conflict: India in the crosshairs

The impacts of the Russia-Ukraine war are being felt even in Asia, and India could stand to lose enormously
29.03.2022
An interview with
Sonal VarmaChief Economist, India and Asia ex-Japan at Nomura

A view of oil field equipment in Nefteyugansk, Russia. Photo by Shutterstock.

It is now over four weeks into the Russia-Ukraine conflict, and its costs become clearer with every passing day. While their neighbours in Europe are feeling the heat greatly, in this globalised world, Asia is not insulated from the impacts of the war.

We speak with Sonal Varma, chief economist, India and Asia ex-Japan at Nomura, about the impacts of this conflict on Asian economies. We also ask her about the implications for the Indian economy and policy options for its government.

Unravel: What are the impacts from the Russia-Ukraine war on Asian economies?

Sonal Varma: The direct economic impact is small, as Russia-Ukraine account for a small share of Asia’s total trade. But the effects are more indirect via higher commodity prices and potentially via slower exports, especially if there is a sharper slowdown in European economies, which are an important trading partner. Even as overall imports from Russia-Ukraine are small, there is high dependence on these two economies for imports of food (edible oil, wheat), coal, fertilisers, industrial metals and gases, which can lead to supply chain disruptions, including in auto and semiconductor manufacturing. Given most economies in Asia ex-Japan are a net oil importer, higher oil prices are a negative terms of trade shock. We expect the impact on inflation (higher) to outweigh the impact on growth (downside). For emerging markets in Asia, higher food-energy costs could mean a cost of living crisis. Spending on food and energy tends to be inelastic, so higher costs without a simultaneous rise in nominal incomes will squeeze real disposable incomes and hurt low income households disproportionately

Unravel: In Asia, who will be the winners and losers from this war? And why?

Ms Varma: In Asia, India, Thailand and the Philippines are the biggest losers, while Malaysia and Indonesia would be relative beneficiaries from higher commodity prices.

In India, higher oil prices increase the risk that CPI inflation breaches the upper bound of the RBI’s 2-6% inflation range (pushing the RBI further behind the curve), weigh on government’s fiscal finances, weaken consumption demand and push the basic balance of payments deeper into deficit. In Thailand, the cost of living crisis risks weakening consumption and strengthens our view that the current account will remain in a deficit, due to a more back-ended tourism recovery and higher oil prices. We also see risks of a much wider current account deficit in the Philippines, due to its high oil import dependence and immediate pass through to consumers, due to the absence of subsidies. On the other hand, while both Malaysia and Indonesia are net oil importers, they benefit from rising prices of palm oil, LNG and coal (in the case of Indonesia).

Unravel: You have mentioned that India will bear the greatest brunt from this war. Can you explain why?

Ms Varma: India will be adversely impacted by rising oil prices, given its status as a net oil importer. Rising crude oil prices are a negative terms-of-trade shock for consumers and businesses, and we estimate every 10% increase in oil prices will shave off ~0.20pp from GDP growth, lead to a 0.3-0.4pp rise in headline inflation and widen the current account by 0.3% of GDP. This could add to growth uncertainties, especially on consumption, as India navigates an uneven recovery. Fiscal room to offer large subsidies is limited and the RBI is already tolerating high inflation, so policy space to accommodate the shock is very limited.

Unravel: For India, what are the policy responses you expect to see?

Ms Varma: We do expect fiscal policy to step in as the first line of policy defence. The fertiliser subsidy bill is set to rise, as the government will protect farmers. So far, the excise duty on petrol/diesel has not been reduced, but we think this could materialise in FY23. If so, the government may face a trade-off between meeting its fiscal deficit target or cutting on the allotted capital expenditure.

The RBI is likely to look-through supply-side inflation, but respond to second round effects. In our view, there are growing signs of inflation broadening out, with firms passing on higher input costs to consumers and inflationary expectations drifting higher. Hence, we expect the RBI to change its stance to neutral in Q2 2022, and hike policy repo rates by 100bp cumulatively this year.

Unravel: How do you think inflation—brought about by the Russia-Ukraine conflict—will play out in India?

Ms Varma: We expect CPI inflation to average 6.3% in 2022, above the RBI’s 2-6% target range, as there are multiple sources of inflationary pressures. Fuel prices—petrol, diesel, LPG—still need to be brought on par with market prices. Domestic gas prices will double from April 2022, which will add to the burden on fertiliser costs (to be borne as fiscal subsidies) and to public transport costs. Food prices in India do not always move in sync with global food prices, but rising farming costs (fertilisers/pesticides, diesel and farm equipment) are a source of upward pressure.

Unravel: Other than supply and inflation issues, India is currently struggling with demand issues. How do you think this will compound the post-pandemic recovery?

Ms Varma: Domestic demand is not yet on a durable footing. Mass consumption demand remains sluggish due to high inflation and the income squeeze. The current bout of inflation could end up hurting consumption demand. Private investment also remains sluggish, despite the government’s push on public capex and reforms. We believe that India’s potential growth has slowed down further to below-6% post the pandemic.

Unravel: What is the worst-case scenario for India?

Ms Varma: A stagflation-type setup with inflation significantly above 6% and growth below 5% could be a worst-case scenario. This could be a result of continued supply-side commodity price pressures, and this being accommodated by the central bank due to high inflation tolerance, which leads to unanchoring of inflation expectations. There will be no easy policy options in this scenario. 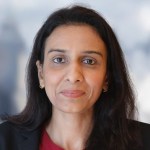 Sonal is Nomura’s Chief Economist, India and Asia ex-Japan, based in Singapore. Her responsibilities include analysing key economic trends in the region and publishing in-depth reports on the economy as part of Nomura’s Asia ex-Japan Global Markets Research team. She joined Nomura in October 2008 from Lehman Brothers, where she served as India Economist. She previously worked as an Economist at ICICI Bank and rating agency CRISIL.