All perpetrators of environmental destruction should be held accountable
23.08.2022
Michael LongProfessor and Graduate Program Director, Department of Sociology at Oklahoma State University
Michael J. LynchProfessor, Department of Criminology at University of South Florida

A missile strike on an oil storage facility in Lviv, Ukraine. Photo by Shutterstock.

When Russia invaded Ukraine, it created not only a refugee crisis and social devastation, but also extensive environmental destruction.

As scholars who have written about ecological crimes for more than 50 years combined, we can see that Russia has committed ecocide: the purposeful or negligent destruction of the natural environment through human activity. The government should be prosecuted for it. While other humanitarian issues might justifiably take priority in the short term, it’s important to remember that environmental destruction has extremely long-term impacts and can affect generations. It should not become a forgotten victim of war.

Sadly, even though both Ukraine and Russia have laws against ecocide on their books, we see little chance that Russia will be held accountable for its crimes against nature. Ecocide laws are vaguely written and difficult to enforce. As far as we are aware, no successful cases of ecocide have been brought to court anywhere in the world. We hope this will soon change.

The term “ecocide” has been around since the 1970s and is increasingly being recognised in law. Back in 1973, Princeton University professor of international law Richard Falk suggested that ecocide was a likely outcome of waging war. He pointed to the use of Agent Orange by the United States during the Vietnam war to destroy jungles purposefully and make it more difficult for enemies to hide. Other examples include the scorched-earth tactics of burning farmlands, towns and cities in Georgia during General Sherman’s 1864 March to the Sea campaign in the US Civil War, and the burning of Kuwaiti oil wells in 1991 by Iraqi armed forces during the first Gulf War. Such tactics, sometimes also called “total war,” were applied by both sides during World War II.

Since the late 1990s, there has been an effort to include ecocide as one of the major crimes in the Rome Statute of the International Criminal Court — alongside genocide, crimes against humanity, war crimes and crimes of aggression. The Pope advocated for this in 2019. Several countries have defined ecocide as a crime in their domestic laws, including Ukraine (Article 441 of the Criminal Code of Ukraine) and Russia (Article 358 of the Criminal Code of Russia).

The evidence that Russia is guilty of ecocide through its invasion of Ukraine is now so extensive that it’s impossible to provide a comprehensive list. The war has reportedly destroyed up to 3 million hectares of forest. Intensive bombing has caused noxious runoff into large essential waterways such as the Dnieper River, the Azoz Sea and the Black Sea. UNICEF estimated that less than two months into the war 6 million people in Ukraine had limited or no access to safe drinking water. All of this will have ripple effects on wetland species, as well as migratory birds.

Russian airstrikes in Ukraine have hit numerous chemical plants, including a nitric-acid facility in the eastern city of Severodonetsk. And, of course, we cannot leave Chernobyl off this list. In the early stages of the invasion, Russian forces captured Chernobyl, raising fears that radioactive soils created by the 1986 nuclear accident might be disturbed.

The problem is not in identifying the harms, but in pinning down legal accountability. The broad definition of ecocide, for example, does not indicate the type of purposeful human activity leading to ecological destruction that qualifies, making it a difficult concept to apply in concrete situations. Theoretically, it could include very minor acts such as digging holes in the forest floor.

In 2021, an expert legal panel established by the nonprofit Stop Ecocide International proposed this legal definition: “unlawful or wanton acts committed with knowledge that there is a substantial likelihood of severe and either widespread or long-term damage to the environment being caused by those acts.” But even this seemingly simple definition contains several words that require clarification and make it potentially difficult to apply. One problem is proving that a perpetrator has knowledge or understanding of the impacts of their actions. “Wanton,” the nonprofit says, means “reckless damage considered in excess of anticipated economic and social benefits.” Weighing up damage against benefits is subject to myriad different interpretations.

Another issue we have with current definitions of war-related ecocide involves the scope of harmful actions that qualify. It is not large enough. To wage war, the machinery of war must be built, and resources extracted for that purpose. Minerals need to be dug up, potentially harming ecosystems in many locations years before equipment is deployed. A 2016 report on Raw Materials in the European Defense Industry lists 39 raw materials needed for advanced materials. That report emphasised the need to secure access to these materials, many of which need to be imported, but we see instead the potential for widespread environmental harm from mining, long before war breaks out and far away from battle.

A better definition of ecocide needs to be worked up — one that is both broad and specific enough to have real teeth. It needs to be codified into more national laws — in the United States, for example, which currently doesn’t have an ecocide law on the books — and entrenched in international law. All this needs to be done in a way such that those guilty of breaking these laws can be held accountable. The victims of war, and their descendants, deserve no less.

This article originally appeared in Knowable Magazine, a nonprofit publication dedicated to making scientific knowledge accessible to all. The article can be read here. Sign up for Knowable Magazine’s newsletter. 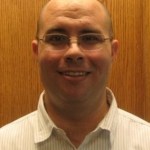 Michael Long has published five books and over 80 journal articles and book chapters primarily in the areas of environmental sociology, green criminology, food insecurity and quantitative methodology. He has received funding from the National Science Foundation, US Department of Agriculture, the British Academy, among others for his research. Michael is currently the co-editor (with Andrew Fullerton) of The Sociological Quarterly. 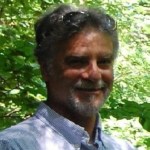 Professor, Department of Criminology at University of South Florida

Michael J. Lynch is a professor in the Department of Criminology at University of South Florida. He is also an esteemed member in organisations such as American Society of Criminology and the International Green Criminology Working Group. His recent books include, Green Criminology: Crime, Justice and the Environment, Defining Crime: A Critique of the Concept and its Implications and several others in the past.