Home COVID-19 Pandemic psychology: Nothing new under the sun

Our behaviour during COVID-19 echoes that of individuals, societies and governments during past plagues. We can and should do better
15.03.2022
Steven TaylorProfessor and clinical psychologist, Department of Psychiatry at the University of British Columbia

Every plague in history has had unique features, but human responses have been strikingly similar, be it panic buying, profiteering and the peddling of quack cures or the spread of conspiracy theories. Photo by Pixabay.

In early 2019, months before the world had heard of COVID-19, I finished writing a book titled “The Psychology of Pandemics: Preparing for the Next Global Outbreak of Infectious Disease.” The first publisher rejected it, dismissing it as “an interesting book that no one would want to read.” It eventually appeared in print in October 2019, a few weeks before the first documented cases of COVID-19 in Wuhan, China.

I wrote the book because, as a psychologist, I sought to deeply understand the interactions between human behaviour, disease, distress and social disruption. There’s a lot to study. There have been more than 20 pandemics over the past 200 years alone, including the 1889-90 “Russian flu,” which killed a million of the planet’s 1.5 billion people, and the infamous 1918-20 “Spanish flu” that took more than 50 million lives. The 2003 SARS outbreak, which did not reach pandemic proportions, fortunately petered out.

Although each pandemic had a unique historical context and disease characteristics, human behaviour was less variable than you might think.

In many major outbreaks of the past century, the news media both calmed and alarmed the public, and political leaders downplayed the seriousness to keep the economy running. There was a rise in xenophobia, racism, rumours, conspiracy theories, panic buying, quack cures and profiteering. Emotional disorders such as anxiety and depression arose or worsened. There were protests over social distancing restrictions and related mandates, and occasional violence but, more often, a rise of altruism.

Many of these things have surprised community leaders during COVID-19; they shouldn’t. Humanity’s responses to the current pandemic are mirrored in the past, which may help to plan our future.

Panic combined with rumours and misinformation can lead to desperate acts. During the Spanish flu, some people became sick from drinking hydrogen peroxide in the belief it would kill germs, just as drinking or injecting bleach became a worry during COVID-19. During the cholera pandemics of the 1800s, there were rumours that the disease was caused by a poison introduced into the water supply to kill off the poor. This led to widespread rioting. Full-scale panic like this, however, is rare, at least for respiratory diseases like COVID-19.

Instead, when faced with threats like these, most people try to cope by finding ways of limiting or controlling risk. This can be calming even when the sense of control is an illusion. During the Spanish flu, there was panic buying of aromatic bags of camphor that people wore around their necks, even though these were reported to be no more effective than carrying a lucky charm. During COVID-19, some people stockpiled toilet paper; others assiduously scrubbed surfaces in an act of “hygiene theater” long after research showed this wasn’t necessary. These actions do little to keep people safe but still provide comfort.

Another common response is flight from cities toward perceived places of safety such as the countryside. This can carry infection far and wide. During the bubonic plague in 1527, theologian Martin Luther — the founder of Lutheranism — presented a sermon on resisting the innate urge to flee from disease. When plague broke out in India in the city of Surat in 1994, there was a panicked exodus of tens of thousands of people. During the early days of COVID-19, many people travelled outwards from Wuhan (perhaps more for New Year holidays than out of fear); the number of infected cases in China marched upwards with the number of people on the move.

At the other end of the psychological spectrum from panic is denial: Some people consider the threat to be exaggerated or a hoax. During the 1918-20 Spanish flu, an Anti-Mask League was formed in San Francisco, arguing that masks were unnecessary, ineffective and violated civil liberties.

My research group has surveyed thousands of Canadian and American adults across the course of COVID-19. By mid-2020, about 15% had Covid stress disorder, characterised by severe, debilitating anxiety. These people tend to have a history of anxiety or emotional difficulties that have been worsened by the pandemic.

Likewise, about 15% leaned toward denying the severity of the pandemic. These people tend to see themselves as vigorously healthy and impervious to COVID-19; they often disregard social distancing and have anti-mask and anti-vaccination attitudes. They are also likely to experience psychological reactance: an intense state of rejecting attempts at persuasion or regulation perceived to threaten freedom of choice. Reactions such as anger are linked with antisocial and narcissistic personality traits and with political conservatism.

The challenge that officials face in response to a pandemic is to shift behaviours to minimise both loss of life and psychological distress. Governments typically respond with increasingly dire warning messages for people who dismiss the seriousness of a pandemic, which unfortunately increase the anxieties of people who are already frightened of the disease.

Government restrictions on socialising are particularly hard: Humans are innately sociable and find it emotionally wearing to remain apart. Our ability to stick to social distancing rules tends to deteriorate over time. During the 1918 Spanish flu pandemic, public cooperation with such rules decreased with successive waves of infection. For COVID-19, one study showed that during 2020, even as mask wearing went steadily up, compliance with physical distancing declined. The toll on communities’ economy and mental health builds up when harsh restrictions stay in place over months or years; protests and other forms of rebellion ratchet up.

There are silver linings to pandemics. Altruism rises: People bring the sick supplies and cheer on healthcare workers. Our research during COVID-19 found that 77% of the thousands of people we surveyed (none of whom had contracted COVID-19 themselves) experienced post-traumatic growth: positive personal changes as a result of the stressors and other challenges experienced during the pandemic. Commonly reported positive changes included increased resilience to stress, deeper appreciation for friends and family, enhanced spirituality, and recognition of new possibilities. This goes beyond simply “bouncing back” from adversity.

None of our current pandemic challenges are new. The question is whether we can learn from these experiences. Can governments alter their response measures to minimise the 15% who are stressed, or the 15% in denial, while effectively holding infection at bay? Can social safety nets and counselling ease mental health struggles, and increase experiences of growth? It is worth trying. Humanity has been here before and will be here again. Let’s be ready next time. 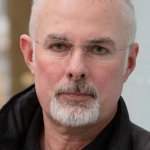 Professor and clinical psychologist, Department of Psychiatry at the University of British Columbia

Steven Taylor, Ph.D., R.Psych., is a professor and clinical psychologist in the Department of Psychiatry at the University of British Columbia in Vancouver, Canada. Dr Taylor’s work focuses on anxiety disorders and related clinical conditions, and on the psychology of pandemics. He has authored over 300 scientific publications and more than 20 books, which have been translated into several languages. His most recent book, published a few weeks before the outbreak of COVID-19 is The psychology of pandemics: Preparing for the next global outbreak of infectious disease.