Home People & Planet Our food systems are failing. Can trees and forests dish up better diets for everyone?

Scientists argue for greater inclusion of trees and forests in the race to transform global food systems
19.07.2022
Monica Evanswriter

Coffee plantations among forests in Brazil. Photo by PROJETO CAFÉ GATO-MOURISCO on Unsplash.

Despite all of the technological and informational advancements of recent decades, we’ve so far failed to feed our global population sufficiently, safely, nutritiously and sustainably.

Over 2 billion people experience food insecurity; almost 700 million are undernourished; and 39% of all adults are classified as overweight or obese.

A significant factor in these health challenges is that there’s a serious lack of food diversity: just 15 crops provide 90% of humanity’s energy intake and not enough nutrient-rich foods are being produced to go around. For instance, just 40 countries, representing 26% of the global population, have a sufficient supply of fruits and vegetables to meet recommended daily consumption.

Meanwhile, our global food system generates more than a third of global anthropogenic greenhouse-gas emissions; takes around 70% of all freshwater withdrawals; and is to blame for about a quarter of ocean acidification, alongside serious soil depletion and the destruction of natural habitats and biodiversity.

“It is increasingly evident that nothing short of a radical transformation of food systems will end global hunger and malnutrition while reversing to acceptable limits the environmental damage our food systems have already caused,” state the authors of a new Viewpoint in the July 2022 edition of leading journal, Lancet Planet Health. “A new global food system must produce greater quantities of a more diverse range of nutrient-dense foods rather than only providing more calories. It must also produce these diverse foodstuffs sustainably, reversing current trajectories of land degradation so that production acts as a net carbon sink and reservoir of biodiversity.”

So, how can we help to bring that shift into being?

As the authors highlight, trees and forests have a critical role to play.

To date, this has been largely overlooked in food-system transformation conversations “because of the absence of a comprehensive and system-wide approach to food systems, problems related to measuring and recording multiple contributions from trees and forests, and a focus on forests as sources of timber rather than food… A perspective we consider to be in danger of being mistakenly replicated in current discourses in the international development community that see trees and forests primarily as global carbon stores,” write the authors.

So, how can we help to bring that shift into being? As the Viewpoint highlights, trees and forests represent a critical, but as-yet-underacknowledged, part of the solution.

“We’ve been surprised and disappointed that despite all that we have learned and what seem to us to be the obvious important roles of forests and trees, that they still seem to be largely ignored,” said Amy Ickowitz, the study’s lead author and a senior scientist with the Center for International Forestry Research and World Agroforestry (CIFOR-ICRAF).

“Conserving forests and promoting trees for food security and nutrition are some of the obvious ways to achieve ‘win-wins’, which are quite rare in addressing the tremendous challenges of global malnutrition, dwindling biodiversity, and climate change,” she said. “Of course, there are obstacles — institutional, economic, and logistical — but these can all be addressed, once there is agreement that food systems should be nudged in this direction. In our Viewpoint we offer some suggestions of how to do this”

The authors draw attention to the multiple ways that trees and forests already contribute towards healthy diets and sustainable food systems. Tree cover, for instance, has been linked to greater dietary diversity and higher consumption of nutrient-rich foods, such as fruits and vegetables. All nuts, and over half of all human-consumed fruits, grow on trees. Forests provide particularly important sources of wild foods — including fruits, vegetables and meat — for the 1.6 billion people around the globe who live within 5 kilometres of them. Trees and forests also provide fodder for animals, supporting the production of meat and milk.

Trees and forests also provide wood fuels, which are a critical source of energy for cooking for around 2.4 billion people, thus, enabling the consumption of nutrient-rich foods such as meats and legumes. They also provide incomes that can support food security and nutrition, such as through cultivating and selling tree crops like coffee and cocoa; employment in logging or ecotourism; and collecting and selling non-timber forest products. Agriculture benefits from the ecosystem services provided by trees and forests, such as pest and disease regulation, pollinator habitat, micro-climate control, water and nutrient cycling, carbon sequestration, protection against soil erosion, and nitrogen fixation.

What’s more, trees and forests contribute to the stability and resilience of food systems, for example, through their tendency to survive extreme weather events better than annual crops; their role in supporting ‘lean-season’ diets through the provision of wild foods; their ability to fill seasonal gaps in food production; and the ‘safety net’ they provide in terms of offering wood and non-wood products that can be sold for income.

“Whether directly consumed as food or sold for food purchases, forest and tree products are, in many cases, the only resources accessible to women and other marginalised groups when hardship strikes and are therefore key resources to reduce their vulnerabilities,” state the authors.

To maximise the multiple benefits of including trees and forests more broadly and explicitly in food-system transformation, the authors list four key areas for intervention. First, they recommend building on current knowledge by increasing the scale of existing tree-based agricultural system solutions. Many of these solutions are not yet being adopted at sufficient scales to make decisive impact but could do so with appropriate support. This will in many cases require secure tree and land tenure, “which is not yet the case for many tree growers,” they write.

“To be effective, measures to increase land-tenure security should be connected with incentives for sustainable practices, including for tree maintenance on farms.”

Drivers for the adoption of agroforestry measures were also found to be highly context-specific, highlighting the importance of working with, and building on, existing local knowledge in any kind of agroforestry intervention.

Over the past half-century, staple crops — such as wheat, maize and rice — have received billions of dollars in investment, which has enhanced their productivity and decreased their purchase prices in comparison to those of more nutritionally-important foods such as fruits, nuts and vegetables. In order to increase consumption of these, it will be critical to improve their productivity and lower their costs, alongside using education and social marketing to raise awareness of the health and environmental benefits of better food choices.

Third, there is a need to repurpose producer and consumer incentives towards nutrient-dense foods and more sustainable production practices. This will require policy shifts at both national and international levels. Currently, incentives such as direct price support and targeted fertiliser subsidies distort production towards staple crops.

“These incentives should be reduced or removed and direct and indirect price interventions by governments, which are designed to consider more closely both nutritional needs and environmental impacts, should be implemented,” write the authors.

Such subsidies could be reoriented towards producing nutrient-rich foods and integrating trees on farms.

Fourth, food and nutrition objectives ought to be explicitly integrated into forest restoration and conservation practices and policies. The global forest restoration agenda has to date been largely dominated by carbon-mitigation considerations. However, restoration initiatives that focus too narrowly on that objective — and neglect the needs of local people — often fail. Planting food trees, write the authors, could help to address multiple objectives at once, supporting local involvement and sustainable livelihoods alongside carbon sequestration.

As the authors make clear, trees and forests already contribute positively to diets and ecosystems across the globe and there is potential to scale up those contributions much further to address our multiple crises.

This article was first published on Forest News and can be read here. 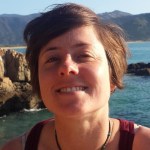 Monica Evans is a writer and community development practitioner based in Aotearoa New Zealand. Since completing her Masters in Development Studies in 2010, she has worked on environmental and community development projects in NZ, the Pacific and Latin America. She's particularly passionate about participation, creativity and well-being, and has a keen interest in ecology and sustainability. She lives in a small town on New Zealand's wild West Coast, where she teaches dance, grows vegetables and tends to her pet alpacas.