Nearly four in ten Asian Australians experienced and witnessed racism during the pandemic. Photo by Jason Leung on Unsplash.

It’s not “new” news that Asian Australians are experiencing high rates of racism during the pandemic. However, existing data under-represent the true extent of COVID-related racism. The vast majority of cases aren’t being formally reported and official reporting processes aren’t capturing or addressing the impact of racism on Asian Australians.

Our recent national survey of 2,003 Asian Australians examined the nature, type and frequency of racist incidents they experience.

It also investigated changes over time (before and during the pandemic), the effects of such experiences on people’s mental health, wellbeing and sense of belonging, the reporting of racist incidents, and the actions (or inactions) of witnesses.

Our study found that four in ten Asian Australians experienced racism during the pandemic (and nearly the same number witnessed racism).

Of these, however, just 3% reported the incident to the Australian Human Rights Commission. Police received more reports (12%), as did bosses (7%) and teachers (6%). A much larger proportion (29%) of participants didn’t report the racism they experienced or witnessed (not even to friends or family).

Reporting to the AHRC appeared to be higher than usual at the start of the pandemic. In February 2020, the AHRC recorded the highest monthly number of racial discrimination complaints that financial year. And one in four people who reported racial discrimination to the commission in early 2020 linked those incidents to COVID-19.

Our findings worryingly suggest this is an under-representation of the racism that is occurring during the pandemic.

According to our respondents, the barriers to formal reporting include a lack of trust in statutory agencies and the perception that racism reports would not be responded to.

I don’t think the police would do much, they are always saying they are under-resourced so why would they spend time and resources trying to locate some hooligan who was being racist.

A more strident distrust of the recipients of formal reports was also voiced:

The perpetrator of the incident was a client of the company I am working for. I’m sure that if I reported the incident, it would have been ignored. Even worse, I feared that I would have to face ramifications for reporting the incident.

Feelings of hopelessness, shame or disempowerment were other barriers to reporting racist incidents: 63% said it would not help, 54% felt uncomfortable or embarrassed, and 50% wanted to forget about the incident.

If there is a white person and an Asian person in Australia they always side with the white person even if the Asian is the victim.

I don’t know who they were and how to report. Wherever this happened there was not security camera so that police could trace the person.

This is consistent with other studies that have found similar barriers to reporting racism, including a lack of knowledge about reporting and lack of trust in agencies to do anything about it.

Racism is having far-reaching consequences

In line with research on the effects of racism on people’s health and wellbeing, the racism experienced by Asian Australians in our study is linked to high rates of stress, depression, anxiety and “non-belonging”.

Worryingly, there are even wider consequences of the anti-Asian sentiments being expressed during COVID. A large majority of participants who haven’t experienced racism during the pandemic directly still have some anticipation (on a scale of rarely to very often) of someone saying or doing something racist.

And a significant number of respondents who haven’t experienced racism said they avoided places and situations because of an anticipation of racism.

Other research has found that experiences or anticipation of racism can impact a person’s mobility and feelings of safety. This, in turn, can limit access to essential services such as health care, employment and housing.

It is therefore a significant concern that anxiety, worry and avoidance of potential racism is so high during the pandemic, even among those who aren’t being directly targeted.

Why is anticipation and concern about racism so high?

These high rates of worry and anxiety about racism may be linked to two important factors.

First, there’s the racialisation of the pandemic in both the Australian and global media and public discourse, as well as reports of a rise in anti-Asian racism and xenophobia globally. This may be fuelling people’s concerns in Australia.

Second, previous experiences of racism and discrimination may be causing people to anticipate repeated incidents, particularly during a crisis like the pandemic. Before the pandemic, Asian Australians were twice as likely to experience racism than other Australians.

But without trust in institutions or adequate data on reported incidents, the full impact of racism — and how it undermines social cohesion and individual health and wellbeing — remain hidden.

There is an urgent need for government and non-government agencies to develop tools that allow the reporting of incidents “without prejudice”, such as third-party reporting systems (this is also advocated by the Hate Crime Network). Examples of this include the UK’s True Vision reporting tool and the Islamophobia Support Service of the Islamic Council of Victoria.

As our research shows, reporting processes and responses need to be streamlined and made accessible to all communities, too. This will also lift confidence in reporting. 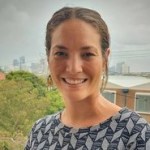 Lecturer in Geography and Urban Studies at the Western Sydney University

Dr Alanna Kamp is Lecturer in Geography and Urban Studies in the Urban Research Program, School of Social Sciences, Western Sydney University. She is also a research fellow in the Young and Resilient Research Centre (WSU) and member of the Challenging Racism Project (WSU), Diversity and Human Rights Research Centre (WSU), and Centre of Resilient and Inclusive Societies. She has published pioneering (and award winning) work on Chinese Australian women’s experiences of national and cultural identity, participation and contribution, racism and belonging. She has also published in the areas of Indigenous Studies, Asian Australian Studies, and Islamophobia. 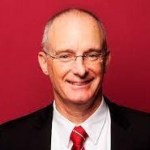 Kevin Dunn is the Pro Vice-Chancellor Research and Professor in Human Geography and Urban Studies in the School of Social Sciences, University of Western Sydney University. His areas of research include: immigration and settlement; Islam in Australia; the geographies of racism; and local government and multiculturalism. His recent books include Cyber Racism and Community Resilience (Palgrave Macmillan, Basingstoke 2017), Landscapes: Ways of Imagining the World (2003) and Introducing Human Geography: Globalisation, Difference and Inequality (2000). 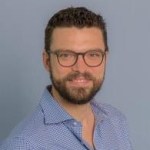 Matteo is a senior lecturer in Sociology at Deakin University and Senior Research Fellow at the Alfred Deakin Institute for Citizenship and Globalisation. His area of expertise is in the study of political violence and hate crime, with a main focus on the empirical evaluation of prevention and reduction programmes in Australia and South East Asia. 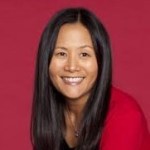 Nida Denson is an Associate Professor in the School of Psychology, Western Sydney University (WSU). Her research aims to combat racism and discrimination, with the aim of improving the health and wellbeing of various marginalised groups (e.g., people of colour, people from culturally and linguistically diverse (CALD) backgrounds, Aboriginal and Torres Strait Islander people, people who are gender and sexuality diverse). Her research expertise is mainly in the areas of education and psychology. 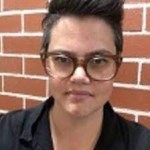