Many Chinese people who grew up in the 1990s will not only remember Jiang Zemin for overseeing China’s entry into the World Trade Organization but also for introducing them to the film Titanic
06.12.2022
Zongyuan Zoe LiuFellow for International Political Economy at the Council on Foreign Relations

Jiang Zemin, China’s president from 1993 to 2003, led the country when I grew up. In the eyes of longtime Beijing observer Robert Lawrence Kuhn, Jiang was “the man who changed China.” To young Chinese people in the 1980s and 1990s, Jiang was the man who introduced us to the film Titanic.

On a spring day in 1998, my elementary school, like many others across China, took us to the only movie theater in town to watch Titanic. Within a week, the theme song, “My Heart Will Go On,” had gone viral in the country. Jiang, apparently a big fan of the movie, invited the Chinese Communist Party’s Politburo to see it. He told officials to “not assume that capitalist states do not do ideological education” and “not assume that we can’t learn from capitalism.” As he described, “Titanic had a budget of $200 million. This is venture capitalism.…I invite my comrades of the Politburo to see the movie not to propagate capitalism but to better understand our opposition.”

Little did I know in 1998 that watching Titanic in a Chinese movie theater at that particular time—when China was undergoing transformative changes—would become an unforgettable episode shared by many. When news broke that Jiang passed away on November 30, many Chinese people posted on social media to thank Jiang for a cherished Titanic experience.

For many Chinese people who became adults in the 1990s, Jiang is also remembered for his televised speech mourning the death of Chinese leader Deng Xiaoping in 1997; his oversight of two historical ceremonies, the return to China of Hong Kong in 1997 and Macau in 1999; and his push for China to join the World Trade Organization (WTO) in 2001.

As a career technocrat, Jiang excelled at handling crises. He rose to power within the party at a moment of domestic turmoil: the 1989 Tiananmen Square protests. Jiang helped defuse the emotionally charged student demonstrations in Shanghai by surprising protesters with his recitation of U.S. President Abraham Lincoln’s “Gettysburg Address” in English. His political savviness and people skills impressed Deng, then China’s top leader, who picked Jiang as his successor.

As the leader of China’s party-state between the 1990s and early 2000s, Jiang strived to make opportunities out of crises and often succeeded. During the Asian Financial Crisis, Jiang emphasised the importance of finance and financial security for China’s national security and building a modern economy. As Asia recovered from the crisis, the U.S.-China relationship plummeted after the United States, as part of a North Atlantic Treaty Organization air campaign in Belgrade, bombed the Chinese embassy in the city in 1999. (U.S. officials said the bombing was a mistake.) That was followed by the Hainan Island incident that led to the death of a Chinese navy pilot in 2001. Despite the strained relationship, Jiang was among the first foreign leaders to send condolences to the United States after 9/11 terrorist attacks and supported the “war on terror.” A year later, Jiang visited the United States, which was widely regarded as the climax of his political career.

Amid these crises, China joined the WTO in 2001, which is perhaps Jiang’s most important legacy. Jiang was not intimidated by fluctuations in global markets and encouraged Chinese companies to “go out” and use global markets to serve China’s development needs. He appointed Zhu Rongji, who became China’s economic reform tsar, to implement a wide range of economic reforms, the most important of which included reforms to state-owned enterprises, foreign exchange management, and the real estate and banking sectors.

While Jiang was not the leader who initiated China’s reform and opening up, he was the leader who practiced it. By prioritising the country’s participation in globalisation and domestic economic reform, Jiang changed China from being one of the world’s poorest countries to the world’s factory, and he paved the way for China’s golden era of double-digit growth.

Jiang’s legacy goes beyond China’s economic miracle. He also reformed the military and prepared for the modernisation of the Chinese army. Most profoundly, he ordered the People’s Liberation Army (PLA) and armed police to cease all business activities in 1998, banning them from commercial ventures that they had profited from for years by owning properties. He and many Chinese officials believed the lucrative business operations had hampered efforts to modernise the PLA, at that time the largest and most inefficient militaries among major countries.

Jiang was not without controversies. He had a tainted record regarding human rights and freedom of speech. He oversaw the crackdown of domestic dissidents, the banning of religious groups such as Falun Gong, and the suppression of the press and internet. He also held an uncompromising position regarding Taiwan; he reacted furiously to Taiwanese President Lee Teng-hui’s visit to the United States in 1995 and a speech he gave on Taiwan’s “democratization,” which preceded the Third Taiwan Strait Crisis. Yet, he was not afraid of controversies, as demonstrated by his scolding of a Hong Kong journalist for being “too young,” “too simple,” and “too naive.”

Jiang represented the core of the party’s third generation of leadership. He ruled in the capacity of the president of China for two terms, from 1993 to 2003. He served as the general secretary of the party from 1989 to 2002, then as chairman of the Central Military Commission from 1989 to 2004. While not all Chinese people miss Jiang as party leader and president of China, many do miss the vibrant and relatively liberal era that Jiang presided over.

This article was first published on the Council for Foreign Relations and can be read here. 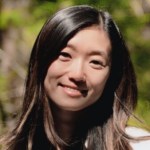 Fellow for International Political Economy at the Council on Foreign Relations