Japan is among the biggest investors in R&D and innovation globally, but its venture capital industry has failed to blossom. Is that finally changing?
28.12.2021
Motoya KitamuraFounder and CEO, Northvillage Investment

This piece was among the most widely read over the last year on Unravel. It was first published on 22 December 2020.

IPO activity in Japan surged in the third quarter of 2020. On a year-on-year basis, the number of IPOs in the quarter increased by 67%, while IPO proceeds jumped 40%.

This is no surprise, given we are in the middle of a historic digital transformation, with investors flocking to e-commerce, artificial intelligence and IT-related companies globally. But how did Japan, a land hardly known as an exciting venture capital investment market, squeeze herself into this trend?

2019 was another watershed year for venture capital in Japan. The Tokyo Stock Exchange allowed loss-making companies with high growth potential—such as business card-based CRM Sansan and cloud-based accounting service provider Freee—to be listed on Mothers in 2019. This marked a clear change in approach by the Tokyo Stock Exchange, since it was until then known to permit only profitable and mature companies to IPO. Sansan raised $1.3 billion from its IPO and Freee $1.1 billion – at the time of writing, both rank among the 10 largest listed companies on Mothers in terms of market cap.

In 2020, the jump in the opening prices of IPO stocks is bringing in attractive IPO proceeds to investors. The uplift at opening from the offering prices has averaged at 141% in 2020 among the 68 IPOs as of 30 November, led by AI solution servicer provider Headwaters (1090%), image recognition software developer Ficha (806%) and residential IoT service provider Tasuki (655%).

Meanwhile, investment volume in Japanese startups increased five-fold in 2010-2019, reaching $4 billion. For decades, the only kind of Japanese venture capital firms that existed were subsidiaries of financial institutions such as insurance companies and banks, with just a handful of exceptions. These corporate venture capital firms did not do much more than support their parent companies’ lending and brokerage businesses. Even JAFCO, the largest venture capital firm in Japan, did not become fully independent from its ex-parent Nomura until 2017.

The slow emergence of independent venture capital firms was not seen until the mid-to-late 2000s, with firms such as Globis Capital and Infinity Ventures entering the market. Until recently, however, they struggled to function in a market bereft of a Silicon Valley-like culture that could nourish the dynamism of entrepreneurs, capital providers and a flourishing IPO market.

It is tempting to ask whether we are finally seeing Japan’s venture capital ecosystem come of age, with all the different parts of the jigsaw puzzle falling into place one at a time.

Given the big conglomerates’ strong presence in corporate Japan, the firm entry rate has stayed low over the past two decades. This has meant there have traditionally been much fewer startups and younger companies for venture capital firms to invest in. Technological innovations were mostly dominated by titans such as Sony and Toshiba. The global success of the Walkman and Toshiba Satellite, for example, led many Japanese to believe in and grow proud of this model, until smaller and faster moving Silicon-valley style startups took over after the turn of the century.

Additionally, for decades, the concept of life-time employment provided workers with the belief that it pays off to stick to one employer without taking the risk of going independent and starting a venture. This arguably results in fewer new ventures than would otherwise be the case, again contributing to the slow venture capital market in the country.

For entrepreneurs in Japan, an IPO has for long been regarded as a ‘career goal’. Typically, it took ‘startups’ a few decades before they finally listed. They contrasted recent high-profile IPO companies such as Mercari (founded 2013), Sansan (founded 2007) and Freee (founded 2012), that are going public not as a goal, but to raise capital for the next stage of business expansion. The end result was a weak ecosystem for Japanese startups, where entrepreneurs’ aspirations, venture capitalists’ scope, and the public market’s expectations, were all limited.

However, Japanese venture capital investing has been undergoing fundamental changes in recent years.

First, there has been an emergence of new ‘role models’ who represent successful entrepreneurship. This has been witnessed in tandem with the general demise of large traditional corporations after the real estate bubble era starting in the early 1990s. Japanese corporations were no longer among the world’s largest, which was the case until early 1990s. On the flipside, starting with Masayoshi Son of Softbank, and on to Hiroshi Mikitani of Rakuten, and more recently Yusaku Maezawa of Zozo, a series of domestic rockstar entrepreneurs have inspired younger people. Global household names such as Steve Jobs, Jeff Bezos and Elon Musk have also inspired many Japanese youth to deviate away from spending all their careers with the readymade, traditional businesses.

Even Tadashi Yanai, who is not strictly the founder of Uniqlo, but inherited the company from his father and has driven its rapid growth, is viewed as an unconventional business figure and a symbol of healthy and successful entrepreneurship.

The increasing diversity of career-paths in Japan is also evident among the founders of Mercari, Sansan and Freee. All three started their companies in their early-to-mid-30s. Their prior professional experience includes founding and exiting from another startup, stints at Japanese conventional large corporations, time spent at a buyout fund and at Google – not the career progression stereotypes Japan was accustomed to. Today, they are among a growing list of successful entrepreneurs who are inspiring the younger generation.

Second, we are witnessing a change in the venture capital landscape that began in the 2010s. In 2010 Japan saw 18 funds investing in startups with total commitment volume of $0.4 billion. In 2019 there were 95 venture funds with a total commitment of $3.9 billion.

Softbank’s early $20 million investment into Alibaba, which grew to become worth more than $150 billion, also served as a wake-up call for large corporate houses. Today, non-tech companies such as Dentsu, ANA, Sony and KDDI are also following this model.

We are also seeing the emergence of independent incubator funds, such as Incubate Fund, Spiral Capital and B Dash. Still managing funds under a couple of millions of dollars in size, they remain under the radar screen of international investors. However, many of them are increasingly becoming instrumental to startup companies. For example, Incubate Fund has invested in 21 IPOs, including in the seed round of Mercari, according to their corporate website.

Third, another interesting development on the supply side is the increase in angel investing.  Whereas Japan used to see very little of angel investing earlier (if at all), more wealthy investors—some with entrepreneurial experience—are now looking for opportunities and making investments in multiple startups.

Match-making websites such as StartupList, Angel Match, Angel Port and Fundinno bridge the funding gap for entrepreneurs. In a country where saving is considered a virtue and the wealthy have scratched their heads to get around the 55% inheritance tax rate, angel investing is still a limited activity as many feel disincentivised to expand their wealth.

However, given the lingering negative interest rate, the wealthy are increasingly hungry for new investment options. Japan has the third-largest millionaire population in the world, and therefore, has the potential to become a much more exciting destination for angel investing.

On the other hand, the absence of international venture capital firms (with the notable exception of DCM Ventures) points to the limited economies of scale in the Japanese market. Japan’s $4 billion venture capital market is dwarfed by the US’ $137 billion and China’s $52 billion markets as of 2019.

The jury is still out on whether the Japanese venture capital market has reached a critical mass to warrant international investors’ attention.

On its part, the Japanese government is keen to enhance the infrastructure for startups. In June 2019, a government panel chaired by current Prime Minister Yoshihide Suga (then the Chief Cabinet Secretary), set a goal to double the number of startups from 1,400 in 2018 to 2,800 by 2024.

The Prime Minister’s Cabinet’s report on the regulatory reform plan, announced in July 2020, included a section on enhancing the startup investing environment. The plan aims to ease regulatory requirements for accredited investors, crowdfunding and private equity placements by 2021.

In February, the Tokyo Stock Exchange, too, announced a fundamental reform to streamline the four current trading markets into three. These will be clearly defined – a prime section for more than JPY10 billion in tradeable shares, a standard section for mid-sized firms, and a growth section for startups. The growth section will more clearly embrace startup companies with growth potential, as opposed to the traditional emphasis on stability and maturity.

With all these changes afoot, it is tempting to ask whether we are finally seeing Japan’s venture capital ecosystem come of age, with all the different parts of the jigsaw puzzle falling into place one at a time. The signs are promising, but time will tell how big the magnitude of the market will be and how fast it will reach critical mass. 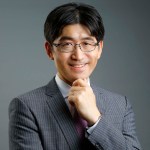