Home Technology & Digitalisation Is it time to tax the use of robots?

Greater taxation on automation is needed in Asia and the Pacific. Photo by Possessed Photography on Unsplash.

Asia is the world’s largest industrial robot market, accounting for 73% of all newly deployed robots (354,500 units) in 2021, according to recent statistics. Robots are increasingly used in factories and are performing tasks in domestic and office environments previously done by humans, powered in varying degrees by artificial intelligence (AI).

Robots and artificial intelligence is taking over many channels of human activity and it appears that a significant number of jobs may be replaced, increasing poverty and unemployment. This will pose challenges for governments as they lose significant portions of their traditional tax base to jobs lost to automation. This will ultimately result in greater inequality.

It is time for developing countries in Asia to start considering taxation on the use of robots.

Taxation on industrial and other robots could help mitigate the adverse effects of job losses due to automation by redistributing income toward displaced workers. However, taxing robots may not be straightforward, as they are inanimate objects with no independent identity for tax purposes. They neither receive a share of profits from their owners nor earn any income.

To make the taxation of robots practical, a number of elements are needed. These elements include the definition of the taxable person, allowing the tax base to be expanded, and identifying the most suitable taxes.

It is time for developing countries in Asia to start considering taxation on the use of robots.

Taxing robot usage will require a mix of income and consumption taxes. This could include the following:

There are few examples of taxation on robots that governments can draw from as this technological transformation is underway. The Republic of Korea is the only country to have any kind of robot taxation by increasing the tax on the automation sector through reducing tax credits by 2 percentage points.

As this transformation proceeds, governments will need to walk a fine line between securing adequate tax revenues, supporting displaced workers, promoting growth and productivity, and enhancing investment and research in automation and artificial intelligence.

This article was first published on the Asian Development blog and can be read here. 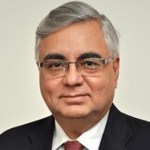 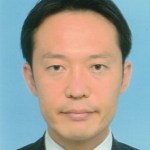 His current role at ADB manages the Domestic Resource Mobilization Trust Fund and assists the governments in Asia and the Pacific region in strengthening domestic resource mobilisation through capacity development and knowledge sharing, including supporting the governments’ efforts in digital transformation of tax administration under the ADB Asia Pacific Tax Hub.

Crypto is more in step with Asia’s equities, highlighting need for regulation