There is a popular belief that Singapore will gain from the political troubles engulfing Hong Kong, but it isn’t really a zero-sum game between the two Asian cities
29.09.2020
Tan Chong HuatSenior Partner at RHTLaw Asia and Chairman of the China ASEAN Business Alliance (CABA)
Yuet Ann ChanAssociate at RHTLaw Asia

Singapore and Hong Kong are likely to complement each other rather than outright compete or collaborate. Photo by Shutterstock.

Over a year has passed since the first demonstrations in Hong Kong against the extradition bill. In the course of the year, clashes between the police and the protestors had increased in violence and frequency. What has changed since? On 28 June 2020, China’s National People’s Congress adopted the draft and on 30 June the law was passed, effective immediately.

Traditionally, Hong Kong has prided itself on being one of the world’s freest economies. However, the priorities of the Hong Kong Legislative Council (LegCo) are necessarily more short-term for the time being so as to deal with the city’s social unrest, the COVID-19 pandemic and the controversial passing of the national security law.

With LegCo focused on a restless population and a tattered economy, the priority is to protect the peoples’ health and livelihoods, not necessarily to promote an open economy. While navigating through its immediate social and political situations, the city is being perceived as running against its legacy of freedom, which makes it seem doubly restrictive to outsiders.

Meanwhile, in Singapore, a stable political atmosphere has ensured a conducive ecosystem for the growth of its economy – although Singapore’s economy too has been impacted by the virus.

For example, Singapore had been growing steadily in the area of wealth management since the Monetary Authority of Singapore (MAS) liberalised the regulatory environment in 2002, making it easier and more attractive for foreign asset managers to access and market their products in Singapore. Low corporate tax rates have consciously been implemented, with the headline rate being 17%. In practice, this figure is often even lower due to various incentives introduced by the Inland Revenue Authority of Singapore. Particularly attractive to investors is Singapore’s capped personal tax bracket, and decision not to levy taxes on capital gains.

With Hong Kong occupied with its immediate affairs, Singapore will increasingly be perceived as being more business friendly, more politically stable, and in light of the uncertainty regarding how the new national security law will be implemented, perhaps more acceptable to multinational companies.

Hong Kong has already seen its attractiveness as an arbitration seat lessen. This has been partly due to the social unrest which brought the city to a standstill at various points last year, eroding its effectiveness and appeal as a legal and financial hub.

The Hong Kong International Arbitration Centre (HKIAC), which has a longer history than the Singapore International Arbitration Centre (SIAC), has not experienced much growth in terms of caseload, with the institution handling 503 new disputes in 2019, just one more than the 502 cases in 2011. Meanwhile, the SIAC has grown exponentially, going from 188 to 479 cases in the same period. Additionally, the disputes handled by the SIAC are of higher values. In 2019, the SIAC handled $8.1 billion in total disputes, while the HKIAC handled disputes worth $4.7 billion.

The popularity of Singapore as an arbitral venue is attributed to how its dispute resolution landscape has been cultivated for well over a decade. This has involved ensuring the integrity of local institutions and developing the legal, physical and political infrastructure of the country.

With Hong Kong occupied with its immediate affairs, Singapore will increasingly be perceived as being more business friendly, more politically stable, and in light of the uncertainty regarding how the new national security law will be implemented, perhaps more acceptable to multinational companies.

With Hong Kong engulfed in its current political predicament, neutrality with China might be a factor that puts Singapore even further ahead as an arbitration centre. With companies reconsidering Hong Kong as their choice of destination for arbitration, Singapore is well-positioned to receive these proceedings.

Due to Singapore’s advanced IT infrastructure, rigorous intellectual property (IP) framework, highly educated workforce, and conducive environment for innovation, it has rapidly emerged as a global technology hub.

As of 2018, 80 of the top 100 technology firms had a presence in Singapore. It’s prominence as a gateway to Asia, as well as a trading and technology centre bridging the East and West, has been increasing. In July this year, Naver, one of South Korea’s largest technology companies, relocated its Hong Kong data centre to Singapore to better manage and protect its user data, for example.

Despite Singapore’s familiarity with technology, the government is further driving efforts in fintech. Singapore is in the process of bringing in licencing for digital asset companies, and various consortiums of companies have applied for digital banking licences, including some big names. These digital banking licences are expected to be announced later in the year.

Meanwhile, the Hong Kong Monetary Authority already issued eight virtual banking licences in 2019. As of August 2020, the Securities and Futures Commission of Hong Kong granted its first Approval-in-Principle for a digital asset license as well.

Currently, the rules in Singapore regarding virtual assets and virtual banking are at a nascent stage, and therefore less prescriptive than those in Hong Kong. There is little doubt that some have chosen to apply for licenses in Singapore for this reason.

However, more robust regulations would provide greater stability and enable Singapore to welcome new digital asset companies more readily. The sooner these regulations are in place and international businesses understand how they will be implemented, the sooner Singapore will be able to establish itself as a hub for financial technology.

With 13% of Hong Kong’s employment and 26% of its GDP contributed by professional services and finance, the city was positioning itself as a hub for fintech. However, with uncertainty surrounding Western retaliation against the national security law, progress in this area has slowed.

However, this does not mean the demand for technology-related investment has slowed in Hong Kong. The recent IPOs of Alibaba, Tencent, JD.com, and the expected IPO of Ant Group illustrate that China is seeking international funding for its technology businesses. This shows a new “Hong Kong for China”, with China capitalising on the city’s globalised position and infrastructure, as well as compatibility with requirements of global investors, in order to attract international funding.

It is inconceivable that Singapore will unseat Hong Kong’s edge in terms of access to the Chinese market. Even with the passing of the national security law, firms doing business in China will likely have nowhere better to be.

Hong Kong even has an edge over Singapore in this regard in terms of arbitration, as the city is the only place outside mainland China where parties may obtain interim relief from Chinese courts in order to prevent liquidation of assets.

However, Singapore can further equip itself to receive international technology companies, including Chinese companies, in light of this ‘new Hong Kong’. Indeed, this is happening already.

As of 2018, 80 of the top 100 technology firms had a presence in Singapore. It’s prominence as a gateway to Asia, as well as a trading and technology centre bridging the East and West, has been increasing.

While Hong Kong has unparalleled geographical proximity to China, Singapore has the geographical benefit of being the gateway to Asia. Additionally, Singapore is party to several bilateral and regional Free Trade Agreements (FTAs), which opens up several of the world’s major markets to Singapore-based companies. International businesses may be routed through Singapore, potentially allowing them to benefit from access to preferential markets as a result of these FTAs.

These factors have not gone unnoticed, and several Chinese companies have already expanded to Singapore in recent years. Alibaba set up its overseas cloud headquarters in Singapore in 2015, and Baidu expanded its cloud computing services into the country in 2019. Earlier this year, ByteDance also shifted its regional headquarters to Singapore.

Singapore’s international relations and political neutralism are now more compelling than ever, with tensions between China and the US showing no signs of abating.

Not a zero-sum game, however

Hong Kong’s instability may have caused businesses there to reconsider their options. However, this is not necessarily to Singapore’s advantage, because in a world of hostility and unrest, there are no winners.

In fact, in many areas, we could see the two cities complement one another, such as wealth management. Asia is home to 36% of the world’s billionaires, who are expected to pass trillions to their offspring over the next two decades. In addition to succession-planning and wealth transfer, Asian private wealth clients are looking to explore a broader array of products and services.

Hong Kong’s instability may have caused businesses there to reconsider their options. However, this is not necessarily to Singapore’s advantage, because in a world of hostility and unrest, there are no winners.

Holistic wealth management is on the rise, and Hong Kong and Singapore, as sophisticated financial hubs, are well-positioned to provide these services. Mutual partnerships between their domestic banks would be beneficial to both jurisdictions, and would enable private wealth clients to take advantage of the benefits of both operating environments, such as the network of international resources in politically-neutral Singapore, and the growing digital offerings in Hong Kong.

While it isn’t a zero-sum game between the two cities, cooperation isn’t guaranteed either. It is likely we will see the two cities complement each other rather than outright compete or collaborate. Both cities bring something unique to the table and will continue to draw the interest of multinational companies. 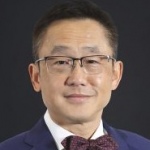 Mr Tan Chong Huat is the senior partner and one of the founding members of RHTLaw Asia, the non-executive chairman of RHT Group of Companies and the chairman of China ASEAN Business Alliance (CABA), a regionally focused think tank and business network. He is a leading finance and corporate lawyer, a successful entrepreneur and investor, and a dedicated law professor. Mr Tan is also active in public service and charity work. He sits as a council member in the Singapore Road Safety Council and is chairman of the RHT Rajan Menon Foundation. He has also established a National University of Singapore Grant in favour of the Law Faculty. An award named RHT Tan Chong Huat Corporate Crime Award has also been established by the School of Law, Singapore Management University. 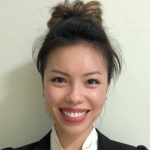 Ms Chan Yuet Ann is an Associate of the Corporate and Capital Markets Practice at RHTLaw Asia. She was called to the Singapore Bar in July 2020, and is an alumna of the Chinese International School in Hong Kong, Cheltenham Ladies' College in England, and the University of Manchester. Having lived in various countries, she stays abreast of fast-changing international developments. Ms Chan has volunteered at Crossroads Foundation in Hong Kong, Leonard Cheshire Care Home in England, and has travelled to Nepal as part of an outreach programme focussing on the fire safety of homes and the construction of a school.