A short overview of the Indonesian pension system
10.05.2022
Alberto FurgerCo-Founder and CEO of weasia

Old people praying at a Buddhist temple in Bandung, Indonesia. Photo by Shutterstock.

The largest economy in Southeast Asia—Indonesia—has charted impressive economic growth since overcoming the Asian Financial Crisis of the late 90s. As a result, the country’s real purchasing power parity (PPP) GDP per capita has almost tripled, from around $5,000 in 2001 to over $12,000 in 2020, making it the seventh-largest economy globally and the largest economy in Southeast Asia. Today, Indonesia is the world’s fourth most populous nation, with an estimated population of about 279 million and a median age of just over 31.

For salaried employees, the total contribution rates are 5.7% for the JHT plan and 3% for the JP plan. According to official government data, at the end of 2020, around 49 million participants were covered under the JHT plan. Still, only 18 million were under the JP plan. The associated social security fund (DJS) managed a total of 475,000 billion IDR in assets ($33 billion) or, on average, around 7 million per plan participant ($500).

Comparing the amount of pension assets to the size of the economy, measured by its GDP, gives a comparable picture of the relative coverage of retirement savings plans. According to official data from the World Bank, Indonesia’s 2020 GDP in current dollar terms stood at $1.06 trillion; therefore, pension assets relative to GDP amounted to around 3%.

The global population is growing and ageing: Today, 7.9 billion people inhabit our planet. This number is expected to reach around 9.7 billion in 2050. At the same time, the global median age is projected to increase from 29 in 2010 to 36. The number of older people aged 65 and older will triple from around 500 million in 2010 to 1.5 billion by mid-century.

Securing a sustainable retirement income will be one of the most pressing socio-economic challenges of the 21st century, particularly in countries with an underdeveloped pension system. Furthermore, as the ratio of young-to-elderly decreases, a smaller working-age population must support a larger retirement population, increasing the risk of old-age poverty.

The increasing aspiration to adopt a Western way of living is slowly but surely changing traditional family-based value systems. In ASEAN’s rising economies, consumerism culture has mirrored that of the US, Europe and other developing markets such as China.

Franco Modigliani’s developed life-cycle hypothesis suggests that individuals balance consumption throughout their lifetime; they borrow in times of low income and save during periods of high income. The theory states that consumption is a function of wealth, expected lifetime earnings, and the number of years until retirement. While in theory, the model can be applied to anyone, in reality, the situation for the lower-middle-income community is often more complicated.

Our research suggests that their income growth is lagging behind the overall income growth rate and their propensity to consume is very high; in other words, they spend what they earn. Without the ability to save, people become financially fragile. If their income growth cannot keep up with consumer price inflation, their purchasing power and standard of living will diminish.

We also observe that this socio-demographic group is prone to taking on (consumer) debt, accelerating their financial vulnerability further. Behavioural finance theory suggests that social influence drives financial decision-making, and herd mentality bias kicks in as it becomes the norm to “buy-now-pay-later.” In the case of Indonesia, we find that access to consumer credit is actively promoted and readily available but also comes at costly terms as Indonesian lenders benefit from the highest net-interest margin across the region.

The combination of modest income growth, increasing costs of living, no savings and reserves, but expensive debts create a vicious circle, and many find it hard to escape from it once trapped. Adding insult to injury is a retail investment landscape that offers limited and expensive options at relatively high-entry hurdles and a pension system with low coverage and benefit rates.

While the situation is undoubtedly challenging, there also lies a great chance to develop this underserved market. Innovative solution providers that dare to tap into this segment have a unique opportunity to create ecosystems that create meaningful impacts and exciting investment opportunities. 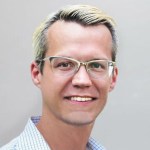 Co-Founder and CEO of weasia

Alberto is co-founder and CEO of weasia. Weasia is a fintech company that offers risk management and liquidity facilitation services to Indonesia's rural banks and its members. Weasia is a LaaS (Lending-as-a-Service) business bridging the gap between the international impact debt investor market and 135 million+ underserved community members, fostering financial inclusion and addressing the single most critical pain point for rural banks: Liquidity.