COVID-19 has exacerbated socio-economic inequalities in India, and with the economy having entered its first recession in decades, things are unlikely to improve soon
01.12.2020
Tanvi BagadiyaEditor at Econfinity

Slums in the backdrop of Worli in Mumbai, a prime and one of the most expensive real estate in India. For over a decade, Indian economic growth averaged 7% per annum. However, national inequality grew in tandem. Photo by Shutterstock.

Klaus Schwab, the founder and chairman of the World Economic Forum, recently said that “socio-economically, the division and inequalities we are facing are the worst in a generation.” He was referring to the major deficiencies in economic and social systems that were already evident even before COVID-19 struck.

Mr Schwab went on to add that the world needs a “Great Reset – a fundamental rethinking of our economies and of our societies”, and that among the priorities of this revamped thinking is the redefinition of our social contract.

This was especially critical in emerging economies such as India that do not have social welfare systems like those in the Scandinavian countries, for example, in his view.

By most estimates, the pandemic has worsened inequality in emerging market economies globally. India, in particular, faces paramount challenges in terms of policymaking, given the economic constraints it is confronted with and the scale of the COVID-19 challenge.

India was, until recently, one of the world’s fastest growing major economies, and the future looked bright. For over a decade, Indian economic growth averaged 7% per annum. However, national inequality grew in tandem.

This is because the poorest sections of society derived little benefit from the growing Indian economy largely on account of not being a part of the organised sector. An overwhelmingly large section of the employment in India is the unorganised and informal sector.

While the pandemic has further worsened the situation, India’s pre-pandemic numbers weren’t very assuring either. In 2018, a mere 50% of the working population was a part of the labour force and of this, a staggering 81% were a part of the informal sector or the unorganised sector.

The informal sector largely comprises labour-intensive enterprises, with low-skilled workers earning subsistence wages. Broadly speaking, these workers do not enjoy any job security or social protection, and their wages are alarmingly low, with most earning less than INR10,000 ($135) per month. Such low wages result in an inability to save and invest, which further alienates them from the formal economy. These workers are also unable to upskill, and so are deprived of opportunities for any growth.

According to the latest Periodic Labour Force Survey and Economic Survey data, of the 465 million-strong labour force in India, a whopping 300 million are in casual employment, without any formal guarantees. This statistic includes regular and daily wage workers, shop attendants, construction labourers, domestic help and about 100 million landless agricultural labourers.

The ever-increasing gap between different sections of society, and between men and women, needs to be narrowed. To do so, India must provide the informal sector with a globally accepted level of social security.

These workers do not enjoy any social protections and particularly poor standards of living. It is hardly surprising, therefore, that India ranked 151st out of 158 countries in labour rights protections, according to Oxfam, which attributed the poor performance to weak labour laws and a high incidence of vulnerable employment.

Women in the workforce

There exists a dichotomy among workers in the organised and unorganised sector, but an even larger disparity exists between men and women. Women play a vital role in the informal sector and contribute alongside men with enormous labour and hard work. However, they are paid even more poorly and their effort barely recognised. Additionally, they also have more limited access to resources, and are more susceptible to risks.

COVID-19 has only deepened inequalities between men and women further, both in terms of income and titular demarcations in India as per their respective roles of bread earner and homemaker. According to the Oxfam’s 2020 India Inequality Report, around 3.26 billion hours of unpaid care work each and every day are added by Indian girls and women, which can contribute roughly to INR19 trillion to the Indian economy annually.

The report also finds that much of the work is so intensive that it adversely mars women’s participation in the workforce, dampens their education pursuits and causes them to neglect their health.

Furthermore, the contribution of women to GDP is among the lowest in the world in India at 17%, compared to the global average of 37%, although the total amount of work they put in is much greater.

Even in terms of financial liberation, only one-third of the 435 million PAN cards issued belong to women. A PAN card is required for several reasons, such as to pay income tax, or to potentially receive concessional stamp duty on jointly held property in some states, for example. It is mandatory for transactions above INR 50,000 and for the purchase of mutual funds. Not possessing them automatically excludes women from several economic activities.

Indian companies are faced with the same problem – for every 100 companies listed on the National stock exchange only three are run by women CEOs and managing directors. The share of women in the labour force stands at a mere 19.9%; and increasing their participation in the labour force by 10% could increase India’s GDP by $770 billion by 2025.

India needs a sea of change in both policy and mindset to improve working conditions for women if it is to make progress in addressing inequality.

The impact of COVID-19

The IMF has sounded alarm bells over the long-term damage that could result from this recession, with inequality likely to increase in most economies. According to the IMF, India will be home to about 40 million of the 90 million people in the world who could become extremely poor, while according to the ILO, the pandemic may leave 90% of India’s labour force in the informal economy at a deep risk of falling into poverty.

India was, until recently, one of the world’s fastest growing major economies, and the future looked bright. For over a decade, Indian economic growth averaged 7% per annum. However, national inequality grew in tandem.

The outbreak of COVID-19 has ruthlessly exposed the extensive divide that has existed in India for a long time now. And it has been specifically disadvantageous for those that are economically vulnerable, particularly younger workers and women.

The ever-increasing gap between different sections of society, and between men and women, needs to be narrowed. To do so, India must provide the informal sector with a globally accepted level of social security.

Today, India is governed by an abundance of political solutions rather than sustainable economic ones. For most issues, what we see is ‘band-aid’ policymaking instead of holistic curative solutions.

India is in need of the greatest reset, and addressing its inequalities will be a good start on the long hard road to recovery from what is its first economic recession in decades. 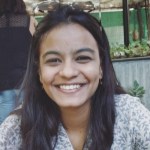 Tanvi is currently an editor with Econfinity, an online platform that conducts research on economics, finance and public policy. Her research work focuses on matters primarily relating to development economics. Prior to this, she worked as a research assistant at Symbiosis School of Economics, where she conducted research on the impact of state expenditure on alleviating poverty in the state of Maharashtra.