Thimphu city in Bhutan has shown that land pooling can be leveraged as a powerful urban development tool. Photo by Pema Gyamtsho on Unsplash.

The economy of Bhutan has grown by an average rate of 7.10% over the past 20 years, with GDP per capita rising by almost two-fold in the past decade. This is impressive, especially for a small and landlocked economy. But it is not without challenges posed by the country’s unique topography. This period saw rapid urban expansion in Bhutan’s capital, Thimphu city, placing tremendous pressure on the city’s limited flat land resources.

However, Thimphu city found a way. In the early 2000s the city expanded its boundaries and pooled private and public lands just outside its core area to develop planned new suburbs called local area plans. Under this approach landowners contributed up to 29% of their land in exchange for orderly and serviced plots which have access to paved roads, drainage and sewerage, and water supply as well as green spaces and communal amenities.

Although land pooling was voluntary, landowners had strong incentives to participate due to the expected improved opportunities to build on and develop the land, leading to appreciation in its value.

But the benefits to the community could not be sustained. Results from a household survey conducted in 2018 and subsequent geospatial (GIS) mapping undertaken in 2020 show mixed results of the scheme. Firstly, it was observed that benefits accrued mostly to landowners who were able to capitalise on the increased land values and rental incomes from apartments built on these parcels.

Secondly, the residents (mostly renters) expressed limited satisfaction with the current quality of services. Thirdly, the city is unable to keep up with the operation and maintenance of these areas because it could not capitalise on the increased market value.

Fourthly, and quite surprisingly, the spatial analysis revealed that despite rapid urbanisation pressure in Thimphu city, the development potential of the local area plans is yet to be fully maximised. About one-third of the land parcels remain idle as the city continues to expand unplanned into neighboring steep slopes and into areas adjacent to the city boundary.

These areas are unfit for development as they are not properly laid out and lack provision of urban services. The reasons for this include speculation by landowners of the local area plans (who tend to hold onto prized flat lands to sell at a later date for greater future profit), cheaper development costs outside of the local area plans (as they are unserviced), expensive construction costs due to imported labour and material, and absentee landowners (who may be abroad).

There is no one size fits all approach, and a range of policy actions should be taken to find the sweet spot for improving land pooling outcomes.

We recommend the following policy measures to realize the full benefits of land pooling schemes for the city’s residents.

Market-based valuation of land and real estate tax can increase the city’s revenue, which can be channelled to the operation and maintenance of the infrastructure in these local area plans. This will substantially improve liveability and resident satisfaction. There is strong case for shifting from a unit-based to market-based system of taxation.

Results from the household survey using 135 parcels in the four local area plans suggests lost land tax revenue of about 20% if the city continues to use the unit area taxation system. The actual figure will be higher as building taxes are not included in this calculation and 135 parcels make up only a small proportion of the total parcels in these local area plans (over 2000). In fact, a 2017 study estimates that the full scope of unrealized real estate tax revenue is in the range of 300%–450%.

Fiscal incentives to address housing supply inefficiencies and land area plan buildout. To encourage landowners to develop their parcels, fiscal incentives can be provided such as tax credits, waiving of import duties for construction material, and direct subsidies for renters. These can be funded through the proposed change in the taxation system.

Certainly, additional service provision capacities need to accompany the increased densities. In light of the ongoing pandemic, greater land pooling contributions can also provide additional public land to make way for temporary facilities such as quarantine and medical facilities and allow sufficient space on the streets for physical/social distancing. Of course, there is no magic number to the increased pooling contribution, and this also depends on social acceptance for an increased land contribution from private parties/landowners.

Thimphu city has shown that land pooling can be leveraged as a powerful urban development tool. But it needs to be better supported by bold policy measures to ensure the benefits accrue equally to landowners, the community, and the government.

There is no one size fits all approach, and a range of policy actions should be taken to find the sweet spot for improving land pooling outcomes in Thimphu.

This piece was first published on the Asian Development Blog and can be read here. 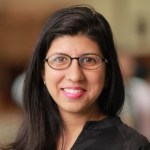 Shinjini Mehta has worked on the planning, design, and implementation of infrastructure projects across South Asia, Vietnam and Vanuatu. Prior to joining ADB she was involved in the design and implementation of externally funded programmes for improved water and sanitation services in Africa. With a background in urban development planning, her research interests include integrated infrastructure development for socio-economic inclusion. 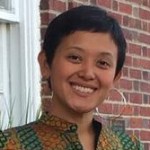 Environmental and Resource Economist at the Asian Development Bank

Eleanor Bacani's recent work focuses on green economy transition, social protection, gender and urban development. As a consultant, she has worked in Asia, Latin America and Caribbean, and Western Asia. Eleanor previously served as an economist for the Rhode Island Office of Management and Budget, USA.