Afghan refugee children at a camp in Kabul after the collapse of Afghanistan in August 2021 and takeover by the Taliban. Photo by Shutterstock.

Stoppage of crucial foreign aids along with crippling foreign sanctions have impeded relief work, post the takeover by Taliban. This has left millions of Afghans in the throes of a major catastrophe. And any assistance to the country will imply supporting the ideals of the Taliban.

But UN officials have urged the US and other countries to increase aid, as human rights abuses and rising poverty go unchecked in the Taliban-controlled nation.

The spiralling economic crisis has resulted in rising food prices for basic staples such as flour and rice, which has been further complicated by the severe drought the country faces. According to the latest phone surveys by the UN World Food Programme, 98% of Afghans are barely consuming enough food. Out of every ten households, eight limited their portion sizes while seven households resorted to borrowing food.

The UN World Food Programme has assisted more than 15 million people in all the 34 provinces in the country and is calling for $220 million a month to provide food and cash assistance to more than 23 million people facing severe hunger in Afghanistan.

Basic human rights are being trampled upon in Afghanistan. Some are even resorting to desperate measures, including child labour and child marriage to meet basic needs. News reports of parents selling children have also surfaced.

Extra-judicial killings continue unabated. Between August to November 2021, killings of more than 100 former Afghan national security forces have been reported from the country. And meanwhile, the Taliban are increasingly recruiting young boys to fight with them.

Afghan civil society has also come under heavy attack. The UN mission in the country—UNAMA—has documented more than 60 arbitrary detentions, beatings and threats to human rights defenders, journalists and media workers in Afghanistan.

Even the justice system lies in tatters. “The safety of Afghan judges, prosecutors, and lawyers—particularly women legal professionals—is a matter for particular alarm. Many are currently in hiding for fear of retribution, including from convicted prisoners who were freed by the de facto authorities, notably men convicted of gender-based violence,” said Nada Al-Nashif, UN Deputy High Commissioner for Human Rights.

A United Nations Development Programme (UNDP) appraisal on September 2021, warns that nearly all Afghan citizens (97%) may sink below the poverty line by mid-2022, if an immediate response to its economic and political crisis is not launched.

Even before the Taliban had taken reigns of the country, three-fourth of Afghanistan’s public expenditure relied on foreign grants. In 2019, the country received foreign aid worth $4.3 billion – equalling 22% of its overall GDP the same year.

A recent situation report by the UNDP states how the banking and financial system of Afghanistan is in complete disarray, as it has been cut off from the global financial system. And in August 2021, US froze nearly $9.5 billion of Afghan’s central bank assets, leaving the bank with less liquidity to meet local demands.

The International Monetary Fund (IMF) in its October 2021 regional report, warns that Afghanistan’s economy may contract up to 30%, along with falling imports, a depreciating Afghani currency and increasing inflation.

Another matter of grave concern is the country’s collapsing healthcare system. A September 2021, statement by the World Health Organization (WHO) stated that Sehetmandi, the country’s largest health project suffers from cuts in its donor support. Lack in support has resulted in no medical supplies and salaries for medical workers. Only 17% of all Sehetmandi health facilities are functioning fully, while 9 out of 37 COVID-19 hospitals have shuttered down.

Even more alarming is the fact that the WHO and UNICEF have received enough funds to only support a little over 2,000 healthcare facilities till mid-2022, while more than 1,000 facilities remain unsupported. This comes amid alarming outbreaks of diarrhoea, malaria, measles, polio and COVID-19.

Amid this looming catastrophe, children and women remain more exposed and vulnerable. Afghani children are being battered on every front. In 2022, 3.9 million children face malnutrition due to lack of proper food and nutrition, while two in three children in Afghanistan are in desperate need of life-saving aid. Presently, undernutrition contributes to 45% of child deaths in Afghanistan.

Compounding this situation is the ongoing armed conflict that has ravaged the country for decades. “During the second quarter of 2021, the UN verified 1,179 grave violations against children, including 1,085 children killed or maimed. Children were among the 1,558 civilian casualties documented between July and August 2021 due to the Taliban’s offensive on provincial capitals.”

The situation for Afghan women and girls have become worse, since the takeover by the Taliban. Freedom of movement of women has been barred by the Taliban, that has imposed a strict obligation for any woman to be accompanied by a male. Additionally, many women have lost their jobs since August 2021, due to new restrictions on movement and participation in the public sphere.

Now, Afghan girls have even less access to education than earlier. Access to secondary schools from grades 7 to 12 is barred for girls in 27 of Afghanistan’s 34 provinces. Abuse and violence against women and girls have further deteriorated.

Afghanistan is one of the world’s largest humanitarian crisis that has the potential to spill over to nearby countries within the region. It will take significant effort—both political and economic—to put the country on the path to recovery. Thrusting millions of dollars into the war-torn country cannot be the solution. The problem is complex and needs a global response that is holistic, inclusive and sustainable. 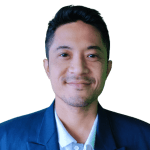