Home People & Planet How to move the needle on gender equality at the workplace?

How to move the needle on gender equality at the workplace?

The role of government policies and male decision makers critical to ensure gender equality at the workplace
16.11.2021
An interview with
Huilin QuekCEO of Q Industries

Diversity, equality and inclusion at the workplace is the need of the hour. Illustration by Shutterstock.

Much has been written about the disparity between men and women in leadership positions. Yet, the needle has barely moved with respect to addressing this issue. To understand more, we speak with Huilin Quek, CEO of Q Industries and alumni of EHL, about the role of women in driving greater inclusivity, the factors holding back gender inclusivity and how they can be overcome.

Unravel: How can women help women in the push for greater inclusivity in the workplace?

Huilin Quek: It is the women who are currently in decision-making management roles that need to represent and put forward policies that support the inclusion of women in the workplace. The reality of the situation is that most key management roles are disproportionately filled by men, and policies are made that may not necessarily take into consideration the working requirements unique to women.

Not that it is intentional, it is just that the paradigm of each person will differ as it is shaped by their own experiences. Having women in key decision-making roles bring up diverse points of views that will help progress policies that support the inclusion of women in the workplace.

We have to understand that as much as we demand equality among the sexes, a woman’s role in a family, in most cases, differ from that of a man. And this will take time to change depending on an individual’s socio-economic circumstances. As a result, the policies will need to accommodate these differences and allow both men and women the opportunity to excel in their roles in the company and perform.

For real change to happen and be sustainable for the long run, the policies need to encompass women throughout the company and in various roles, from entry level positions up to senior management. If we do not make provisions for the different levels, it will be harder for women in entry roles to build their career and climb upwards if policies are already unintentionally skewed towards men.

Unravel: So much is written about gender inclusivity regularly, but the needle doesn’t seem to move. What are the key factors holding back the push for greater inclusivity?

Ms Quek: I personally think it’s a numbers game right now. Globally, most workplaces only have on average 24% of women in senior leadership positions. We cannot expect women who have had been in disadvantageous positions in companies to suddenly be able to leap into such roles when the environment has never allowed them to develop. A joint study by McKinsey and LeanIn has shown that women are less likely to be granted the same chances as men for support and guidance in pursuing career opportunities.

The attrition rate of women leaving the workforce tends to be higher than their male counterparts. Women also make compromises during their careers to accommodate the needs of family life. This in turn means there is a comparatively lower number of women who rise up to decision-making levels that will make a difference in shaping the path of more women leadership. And for the limited number that do (make it), they must deal with a primarily male dominated decision-making committee who may or may not see why or how the policies should change to support the inclusion of women in the workplace. It will take another generation to overcome these challenges and have a more balanced gender spread. Until women have the same opportunities to move up the leadership ladder as men do, and are well represented at all levels, it will always be uneven at the top.

Unravel: How can these be overcome?

Ms Quek: Leaders need to recognise that inequality exists. Not just female leaders, but male leaders as well. A joint effort needs to be made to recognise and remove the biasness and barriers that exist, which for many companies, occur in traditional office setups that are intrinsically skewed towards men.

COVID-19 has shown that it is possible for women to make gains in representation in the workplace by just changing the way the traditional office environment operates. The advances brought about by digitalisation, remote working and flexi-time have allowed women to step up and be able to achieve a sustainable work-family life balance.

Unravel: Gender disparities are often rooted in societal norms and tradition. As such, do you think government regulation can truly make a difference?

Ms Quek: Yes, I believe that some government regulations can enable equalising of gender inequalities at work. The regulations need to address the underlying causes of societal norms and traditions that inhibit the progress of women in their journey towards leadership at their workplaces, from policies that provide equal educational opportunities for girls to increasing women representation in government. As an increase in women participation in the workforce will benefit the advancement of local economies, governments should have vested interest to put the right regulations in place which encourages their communities to support increased participation of women in their workforces.

Unravel: Are there some examples of countries that have taken steps to address the issue and seen success?

However, each country is unique in how they are formed by culture and tradition. So there really is no one size fits all solution. Take Singapore as an example, in 1970, women only made up 28% of the labour force. After a range of policies that were geared towards ensuring that women were able to achieve work-life balance were put in place, that number increased to 58% in 2016. The Singapore government recognised that the key concern for women in Singapore then was the financial implications of raising a family, so they enforced policies that included paid maternity leave, paid and unpaid childcare leave, increased tax relief, tax rebates and childcare subsidies.

In Japan however, even with one of the highest paid paternity leaves in the world, this policy struggled to find success because traditional societal norms make it difficult for Japanese men to share the role of caring for their children. It took a Japanese leader, then-labour minister Yasuhisa Shiozaki declaring himself an “Ikuboss” – a man that takes on for the caring of his children, that this policy saw an increase from 14% to 40% participation. In this instance, it took a man to take the lead in making the change due to how steeped in tradition the country is.

Unravel: As a female leader yourself, how do you aspire to empower future women leaders to strive for their best?

Ms Quek: Truthfully, I have been rather fortunate to be working for a family business from the start of my career, so I did not have to experience the fight that most women in leadership face in the climb up the corporate ladder. I am proud to say that in the Q Industries group, we have 71% women in our workforce, and 50% women in key leadership positions across three countries – Singapore, Malaysia and Vietnam.

My desire would be to continue paving the way for future female leaders within my own company and to utilise platforms like EHL to reach out to students in making a difference in creating gender equality at their workplaces. We need to ensure that gender equality is not only a women-led initiative but also one that their male peers can support, because to really make a sustainable change will require the collective action of all sexes. 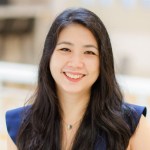 Huilin started her career in hospitality as a happy accident. She accidentally applied for a job at Starbucks right after completing her A Levels, and fell in love with the hospitality industry. She joined her family business, Q Industries, and has completed 15 years with the firm. At Q Industries, she has been instrumental in opening an international division, grown distribution from 3 countries to 15, built an internationally recognised professional brand of kitchen utensils, and also built a 5-story building in Vietnam that houses a culinary school, restaurant and retail outlet.