We speak with Gallup’s CEO about growing unhappiness globally, and elements of wellbeing
17.01.2023
An interview with
Jon CliftonChief Executive Officer at Gallup

Multiple studies have found that employee burnout is on the rise. Photo by Tim Gouw on Unsplash.

Unhappiness has been steadily climbing for a decade, and its rise has been in the blind spot of almost every world leader. We speak with Jon Clifton, CEO of global analytics and advisory company Gallup, about his new book Blind Spot: The Global Rise of Unhappiness and How Leaders Missed It. The book is steeped in research from the Gallup World Poll, a 100-year initiative spanning over 150 countries.

In this conversation, Mr Clifton explains the reasons for growing unhappiness, its implications and how it can be addressed. He also outlines how business leaders can drive better outcomes at the workplace.

Unravel: What explains the growing unhappiness globally over the past decade?

Unravel: What are the implications of growing unhappiness?

Mr Clifton: The consequences are severe. People make decisions and act based on how they feel. It impacts their behaviour with respect to voting, protesting, and even causing harm to themselves or others.

Suicide is also on the rise. Look at the United States, which has seen massive increases in suicides and deaths of despair. The US was 20th in the world for unhappiness in 2006; since then, it has dropped to 50th. Why? Not because Americans have experienced less anger, stress, or sadness but because the rest of the world caught up. So, while suicides and deaths of despair have been rising consistently in the US, they may become more common globally.

Unravel: Why is this trend not talked about more? How is it that leaders are not focused on this?

Mr Clifton: Some countries are talking about this. In the US, for example, the Centers for Disease Control has robust measures of how people feel – such as sadness and pain. But if you ask what sadness or loneliness looks like in Tanzania or El Salvador, no one knows because the indicators for those countries don’t exist. Many countries cannot afford to collect robust statistics on how people feel.

The other problem is that collecting such statistics is just not a priority. In the United Nations Sustainable Development Goals, there isn’t a single indicator for subjective wellbeing. Measuring how people feel must be a priority of world leaders if we are going to reverse this global rise of misery.

Unravel: In your view, has COVID-19 exacerbated the situation? If so, how?

Mr Clifton: Without question. Certain groups of people were disproportionately affected, such as women working full time who have children. COVID-19 also wrecked the lives of young people – not just in terms of their education but in the amount of social interaction they lost. Humans need social connection, and many friendships are developed at young ages, but lockdowns made this incredibly difficult.

Unravel: Would you say that there are links between growing unhappiness and increased polarisation?

Our research suggests that it isn’t just leaders in democracies who should pay attention to rising unhappiness; it should matter to authoritarian leaders, too.

Unravel: Is workforce burnout contributing to growing anxiety and stress?

80% of fulltime workers say they enjoy the work they do, but then why are only 20% of employees thriving at work? The reason isn’t the work they do; it’s their workplace. Fix the world’s broken workplace, and you will stop the global rise of unhappiness overnight.

Unravel: Can wellbeing and/ or happiness be measured? If so, how?

Mr Clifton: Yes. If you want to know how someone feels, just ask them. It is remarkable what someone will tell you if you simply ask them.

Unravel: What can governments do to improve citizen wellbeing?

Unravel: What can companies do to improve employee wellbeing?

Mr Clifton: Measure employee wellbeing and then train your managers to be better managers. Gallup discovered that the manager is responsible for 70% of an employee’s wellbeing at work. Today, people become the boss because they are technical experts at what they do, but they’re rarely trained to manage people.

Unravel: In your view, what should be the top priority for individuals as they go about their daily lives?

Mr Clifton: If you ask a young woman in El Salvador what a great life looks like, her answer will be very different than if you pose the same question to a guy from Nebraska. But there are some commonalities among humanity. Gallup finds five commonalities in what makes a great life for all of humanity – social, work, community, physical and financial wellbeing. If an individual thrives in each of these elements, or even a few, it would be unusual to see that they are suffering in life. 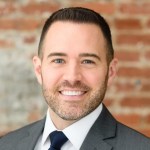 Jon Clifton is the CEO of Gallup, an advisory firm that specialises in big data analytics of employees, customers, students and citizens. Jon’s mission is to help 7 billion citizens be heard on their most pressing work and life issues through the Gallup World Poll, a 100-year initiative spanning 150 countries. Because of his expertise, Jon has been interviewed on BBC News, C-SPAN’s Washington Journal, Axios and Al-Jazeera, and has testified in front of the US Congress on the state of American small business and entrepreneurship.