India’s non-alignment with the West on the Russia-Ukraine conflict is raising many eyebrows, and perhaps understandably so, but India has its own issues to take care of first
24.05.2022
Shweta ThawaniManager, Strategic Communications & Policy Team, Adfactors PR
Phalak VyasPostgraduate in South Asia and Global Security from King’s College London

A state’s national interests act as the guiding principle for its foreign policy in the international system. It is, therefore, not surprising that India considers its years of friendship with Russia (and the former Soviet Union) and energy security as the two central tenets at the heart of its engagement with Russia. It is against this backdrop that India’s refusal to partner with the West in the Russia-Ukraine conflict must be seen.

Indo-Russia relations go back to the Soviet era. The fundamental guiding principle of Indian foreign policy has been non-alignment, which it continues to practice. The friendship between the two countries was “formalised” in 1971 with the signing of the Treaty of Peace, Friendship and Cooperation.

Russia has been India’s biggest defence supplier, although, over time, relations have developed beyond arms supplies, with increasing energy imports.Faced with economic sanctions by the West since the beginning of the crisis, Russia is supplying oil at lower rates. Although, Russia fulfils less than 2% of India’s total energy demand major Indian companies have stakes in Russian oil fields.

The Indian government’s decision to purchase Russian oil is driven by two factors, One; New Delhi is concerned about economic and trade sanctions on Russia by the West, which will push Moscow towards Beijing. Two; while engaging with Russia on economic terms, India can closely monitor Russia-China relations. Moreover, India can also act as a mediator between the West and Russia.

For decades, India has relied on coal and petroleum for its energy sources, and 85% of India’s total oil needs are met by imports from Iraq, Saudi Arabia, UAE, the US, and Nigeria. Recent clashes in Europe have directly impacted crude oil prices. The rise in global crude oil prices is hampering the Indian economy and its consumers. There is a solution to this problem – emphasising India’s clean energy transition and reducing dependence on fossil fuel.

A slow path to energy independence

Over the past few decades, energy security has largely dominated India’s foreign policy objectives and has been a priority. This has been the case particularly since Prime Minister Narendra Modi assumed office. Geopolitical concerns, the depletion of fossil fuels and climate change have pushed countries to rethink their energy policies. Energy security and energy independence are intimately interlinked.

The Ukraine-Russia war has infused an urgency in many nations to diversify their energy resources rapidly. However, the challenge is to secure an undisrupted energy supply, which can only be guaranteed if a country can access the required energy without depending on volatile foreign suppliers. Energy independence is also about the diversification of energy resources (and sources) so that external factors do not adversely impact the energy supply.

According to the International Energy Agency, India’s daily energy consumption, for example, will increase to 8.7 million barrels per day (bpd) by 2040 from 5 million bpd in 2021-22. As India’s economy expands, its reliance on crude oil and coal is highly unlikely to moderate anytime soon.

Given the Ukraine-Russia conflict, high crude oil prices, and the impacts of climate change, India is slowly moving towards renewable energy sources. Since the beginning of the 21st century, India’s energy policy framework is based on four ‘A’s: availability, accessibility, affordability, and acceptability – and the same applies to renewable energy. India aims to be energy independent by 2047 and has pledged to reduce its carbon emissions by 35% by 2030 under the Paris Climate Agreement. To achieve these ambitious targets, India is looking at like-minded nations with whom she can work in synergy on renewable energy.

That like-mindedness is seen in European nations. In India’s shift toward alternate energy resources, European states are key partners in this transition towards green energy. The European Union (EU) has legally committed to becoming carbon neutral by 2050 and a 55% reduction in greenhouse gases by 2030. The EU has been at the forefront in promoting and advancing the use of clean and green energy. The EU, through the Declaration of Clean Energy and Climate Partnership with India, seems to be acknowledging the contribution of India to the global energy transition that is taking place towards alternate fuels, renewable energy, conservation techniques, and technological innovations.

In recent times, India has steadily established itself as a reliable, responsible and significant force in the global order. In this context, major powers who perceive India to be a balancer that can help stabilise the international order find it difficult to come to terms with India’s continued economic engagement with Russia through energy imports. This has resulted in many commentators questioning India’s role as a responsible state.

India is walking a tightrope in the Ukraine-Russia conflict and its position is as per its non-alignment policy since the Cold War era. India’s decision to stand on the sidelines on the Ukraine issue highlights New Delhi’s deep-rooted insecurities about Moscow’s closing proximity with India’s adversaries in Asia. To prevent Russia from considering China as its only partner in the international system, India is taking a neutral stand which is well understood by many of India’s partners.

For India, however, securing a steady supply of energy is critical to sustain its expanding economy. India is the third-largest energy consumer after the US and China and is heavily dependent on oil and gas imports to meet its ever-growing demand. As an energy-dependent state, global price shocks and volatilities in the price of oil invariably affect the Indian economy significantly.

The current European crisis presents a perfect opportunity for India to change its economic model, which is highly dependent on non-renewable energy sources. It is the perfect time to boost its investment in renewable and green energies such as solar PV, wind, nuclear and hydrogen. New Delhi must make the most of this opportunity and integrate India more vigorously with European states, which are advancing towards zero carbon emissions through their innovative renewable energy technologies.

India and the EU’s partnership has strengthened over the years, and they see India as a reliable partner. Nations like Germany, France, and Nordic 5 can help India reinvent its domestic market and focus on renewable energy sources and innovative technologies. India should also focus on alternative fuels such as hydrogen and use European expertise for developing grids and hydrogen infrastructure and ecosystem. Although the EU is eager to provide financial assistance to mitigate the climate crisis, it will come with conditions that policymakers must deal with too. 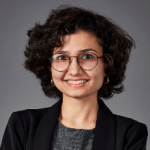 Shweta Thawani is a manager in Strategic Communications & Policy Team at India’s largest PR agency, Adfactors PR. She has a keen interest in India’s foreign policy with a focus on energy and environment issues. 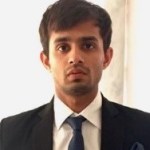