Home Economy How can Indonesia break its vicious cycle of cheap imports?

How can Indonesia break its vicious cycle of cheap imports?

Indonesian SMEs find it increasingly difficult to compete with cheaper imported alternatives and fall into a vicious cycle, but with a little support they can break this cycle and change it into a virtuous cycle
16.02.2021
Arip TirtaPresident at Evermos
Prasanti W. SarliHead of Social Impact at Evermos

Pak Iyus is a hijab producer in Bandung, Indonesia. At the height of his business between 2015 and 2017, he was able to produce 150,000 garments per day; however, his production has declined by 80%, resulting in a massive reduction in income for his employees. His change in fortunes comes as a by-product of imports flooding the market, sometimes illegally. According to officials at Tanah Abang wholesale market in Jakarta, the biggest in Southeast Asia, the share of local products sold there has reduced from 80% in the early 2000s to 50% now.

Trade practices affect people like Pak Iyus disproportionately; big fluctuations in sales correspond closely with the amount of imported products circulating in the market. He has also noticed that foreign manufacturers observe which products in Indonesia are in high demand, and within six months, flood the market with similar but cheaper products. To compete, he must then come up with a new winning product to increase his sales, and when that happens he only has up to six months to capitalise. He accepts that his global counterparts use market intelligence to gain an unfair advantage to shorten his winning product life-cycle, yet he has no strategic plan to respond. Because of the limited time to capitalise on any investment or innovation, he is very reluctant to expand his business.

This process is the start of a vicious cycle typical among small and medium-sized enterprises (SMEs) in Indonesia: cheaper imported products on the market result in SMEs’ reluctance to invest into medium- to long-term initiatives, which in turn results in low productivity and production inefficiency (limiting growth) and makes them unable to compete with global players. This vicious cycle at SME level creates another, smaller, vicious cycle for the individual employee: low productivity of the SME decreases household income, which in turn results in a reduction of spending by the household for their children’s education, creating more low-skilled workers who later on will rely heavily on SMEs to provide income.

Moreover, imports also have a real impact in terms of loss of potential earnings to the community. One container of hijab imports typically has 250,000-450,000 hijabs per container. To produce 150,000 hijabs a month, Pak Iyus employed a network of 3,600 households across the city. The total income for each household was $235, equal to three times the minimum wage. Due to declining production because of imports, the potential total loss of earnings to the community is $678,000 a month. In the meantime, one container is taxed by the government between $44,000-$93,000. When we buy local, the circulation of money is faster and can be used more efficiently to keep the local economy alive.

Without local consumption of local products, SMEs will lose more and more in competition with the global value chain. Even though a survey of local customer preferences shows preferability of local brands over foreign brands for clothing products, in reality it does not automatically translate into higher sales for local producers. Yet there is so much at stake when customers don’t buy local. SMEs make up 97% of employment in Indonesia, absorbing the majority of the country’s low-skilled workers. They also contribute 60% of Indonesia’s GDP, and have resulted in mass-scale improvement of the quality of life, and elevated millions out of poverty. The opportunities of extending the benefit of local production are immense because Indonesia has a large, growing market hungry for greater quantities and varieties of products. But we have not yet been able to translate this into a prosperous reality.

Exhibit 2: Change can come at one or many points

The current question is: How can we break the vicious cycle that many Indonesians are in? It works like a continuous chain and to break it, we must focus on single parts of the chain by doing one or all of the following:

Exhibit 3: A reformed system could lead to higher productivity and profits

If we can successfully break any part of the chain, we would kickstart a virtuous cycle where Indonesian products are desirable, and in which SMEs would be more willing to invest in medium- and long-term growth. This would result in higher productivity, efficiency, and profit and in turn make local products compete with global products. Another approach is to take a giant leap by breaking the cycle of our heavy reliance on SMEs and focusing on improving our skilled workforce, converting them from low-skill to high-skill workers.

A vicious cycle is difficult to stop, but it is not impossible – if all the players hold their grip and turn the wheel together as a country.

This piece was first published on the World Economic Forum website, and can be found here. 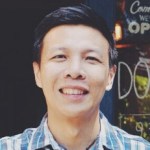 Arip is the co-founder and president of Evermos, a social commerce company focusing on enabling resellers sell everyday products which are Halal/Sharia compliant across Indonesia. 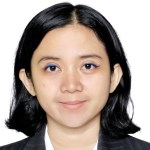 Head of Social Impact at Evermos

Prasanti is the head of social impact at Evermos, a social commerce company focusing on enabling resellers sell everyday products which are Halal/Sharia compliant across Indonesia.

Will global connectedness bounce back?

Can Asia’s tourism industry bounce back from the pandemic?