Home People & Planet How can Asia manage its growing population of older workers?

How can Asia manage its growing population of older workers?

Asia’s older people, and their governments, are grappling with issues of healthy aging. Photo by Eric Vö on Unsplash.

Asia’s population is aging rapidly. By 2050, individuals aged 65 and above will account for 18%, or 800 million, of the region’s total population, up from only 8% in 2019. This will coincide with a shrinking workforce, with the number of people aged between 16 and 64 to peak by 2045 and then begin declining. Asia’s older people, and their governments, are grappling with issues of healthy aging, ballooning pension programmes and a longer working life.

Do older people in Asia work?

Yes and, in fact, Asia’s older persons (defined here as those aged 60 and above) are working until much older than their counterparts in developed economies. Over the last three decades, the labour force participation rates of individuals in the region aged between 60 and 64 remained relatively high at more than 50%. Developed countries in Europe, North America and Asia only reached this level recently.

Where do older persons in Asia’s developing countries usually work?

Many are employed in low-wage farm and retail jobs. In Bangladesh, 58.9% of individuals aged 60–64 work in the agriculture sector while it is 65.2% in Viet Nam. Following subsistence agriculture, many older adults who continue to work are in the wholesale and retail sector, especially in Indonesia and the Philippines (at least 15% of individuals in their 60s). Further, many of those who remain active at work are informal workers and are self-employed in rural areas, often not eligible for an adequate pension, leaving them with limited options to retire.

In Asia, are older women likely to be working?

Older women staying active in the labour market is generally on a steady rise. In Indonesia, the labour force participation rate of women aged 60–64 increased to 45.6% in 2017 from 37.1% in 2005. This trend can be traced to the improved schooling and prior work experience facilitated by implementation of gender-inclusive labour market policies. Meanwhile, the rate of older men is rather stable, and at times, taking a mild retreat (e.g., the rate of men aged 60–64 in Bangladesh declined by 4.8 percentage points from 2006 to 2016), which could be partly linked to improved income status allowing them to choose retirement and live off their pension and savings.

With life expectancy extending, will older persons be working even longer?

They take retirement and get out of the job market at a pre-set retirement age. Longer life expectancy does not automatically imply a longer healthy life span that allows for work.  The overall improvement in mortality rates in Asia is seen more among the under-5 population and less among older adults due to the rising incidences of noncommunicable diseases.  Evidently, ill health, injuries, and disability explain much of the temporary or permanent absence from the labour market of individuals in their 60s, which is relatively high in Bangladesh (33.0%) and Indonesia (28.6%).

What can governments do to support older persons’ desire to work longer?

While raising the pensionable age may be inevitable at some point, the priority must be to ensure that ample job opportunities are provided to older persons beyond the low-wage farm and retail work that heighten informality. Measures to discourage age discrimination in the workplace should be promoted while revisiting seniority-based human resource practice.

Obsolete skills are a key challenge for older persons to remain in the workplace. Comprehensive support toward lifelong learning will be invaluable by introducing financial incentives for workers and employers while keeping an eye on the specific needs of older learners. Strengthen universally available health services and preventive care to address the rising incidence of noncommunicable diseases among the elderly. Adopt technology that enhances the productivity of older persons and matches them to jobs.

Opportunity abounds if Asia effectively taps the talents and expertise of the growing population of more educated and healthier older workers.

This blog post was based on the authors’ research, Trends and Characteristics of Labor Force Participation Among Older Persons in Developing Asia: Literature Review and Cross-Country Assessment, published at the Journal of Population Ageing.

This article was first published on the ADB Blog and can be read here. 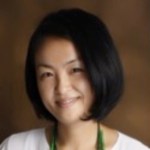 Aiko covers research portfolios of the movement of people including labour migration, remittances and tourism; aging and demographic changes; and regional research collaboration. She joined ADB in 2017 from the International Organization for Migration where she led the development and implementation of technical assistance programmes on migration and overseas employment policy, remittances and financial literacy, and disaster relief operation targeting mobile population. 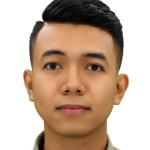 Raymond’s research interests include international economics, labour economics, poverty, firm dynamics and innovation. He obtained Master in Development Economics from the School of Economics at the University of the Philippines – Diliman.