To stave off risks to recovery, policymakers should focus support on firms that can survive and prepare to restructure or liquidate those that cannot
01.03.2022
Ceyla PazarbasiogluDirector of the Strategy, Policy, and Review Department at the International Monetary Fund
Rhoda Weeks-BrownGeneral Counsel and Director, Legal Department at the International Monetary Fund

A technician makes a motorcycle engine in Java, Indonesia. Photo by Mufid Majnun on Unsplash.

Companies entered the COVID-19 crisis with record debts they racked up after the global financial crisis when interest rates were low. Corporate debt stood at $83 trillion, or 98 percent of the world’s gross domestic product, at the end of 2020. Advanced economies and China accounted for 90 percent of the $8.9 trillion increase in 2020. Now that central banks are raising rates to check inflation, firms’ debt servicing costs will increase. Corporate vulnerabilities will be exposed as governments scale back the fiscal support that they extended to stricken firms at the height of the crisis.

Governments face difficult decisions as they manage these risks to the economic recovery. They may need to continue providing financial support to firms that can recover (but cannot raise the private financing to do so) while withdrawing support from firms that are so badly scarred that they should be restructured or liquidated. Financial support should become more focused amid shrinking fiscal space. Effective insolvency systems make economies more resilient, productive, and competitive. Shoring up these systems is critical as there are shortcomings in many important areas at present and countries may need to tackle many cases at once. There is not much time to prepare.

New IMF research takes stock of corporate vulnerabilities and assesses countries’ preparedness to handle large-scale restructuring. It proposes principles to guide the design of policy support for firms that can recover and to facilitate the restructuring of those that cannot.

We use a new indicator to measure the extent to which countries’ insolvency and restructuring regimes are prepared for a crisis. Covering 60 economies that account for 91 percent of the world’s GDP and 84 percent of the global population across all continents and levels of development, this indicator offers a representative perspective on countries’ preparedness to handle large-scale corporate crises. The chart below summarises the five sub-indicators for advanced, emerging market, and low-income economies. The whole dataset is available here.

Corporate vulnerabilities tend to be more pronounced in economies where our indicator shows that there are shortcomings in crisis preparedness. Two-thirds of the emerging market economies whose corporate debt was more vulnerable to adverse economic conditions than the average country also had systems of crisis preparedness that were weaker than average. Almost 40 percent of advanced economies with vulnerable corporate debt had below-average crisis insolvency systems that could struggle in the event of a large number of restructurings. These countries should step up efforts to improve insolvency systems. But all countries can improve crisis preparedness.

Many countries have continued to strengthen their insolvency systems, either with targeted reforms (Brazil, France, India, Korea, Turkey, and the United States) or with broad reforms affecting key elements of their systems (Germany, the Netherlands, and the United Kingdom).

What strategies should governments put in place to support viable firms and what legal reforms should they undertake to facilitate debt restructuring, liquidation, and reorganisation of distressed companies?

Governments were right to support firms financially through the worst of the pandemic. They recognised the initial large premium on speed over precision and provided rapid support without distinguishing between enterprises that could be saved and those that should not. Now policymakers should calibrate financial support and direct it efficiently to companies that are in need. They should also be prepared to restructure or liquidate badly scarred firms.

This piece was first published on the IMFBlog and can be read here. 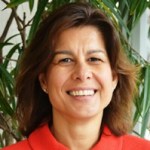 Director of the Strategy, Policy, and Review Department at the International Monetary Fund

Ceyla Pazarbasioglu is Director of the Strategy, Policy, and Review Department (SPR) of the IMF. In this capacity, she leads the work on the IMF’s strategic direction and the design, implementation, and evaluation of Fund policies. She also oversees the IMF’s interactions with international bodies, such as the G20 and United Nations. 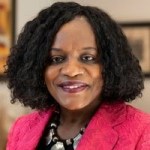 Rhoda Weeks-Brown is General Counsel and Director of the IMF’s Legal Department. She advises the IMF’s Executive Board, management, staff and country membership on all legal aspects of the IMF’s operations, including its lending, regulatory and advisory functions. Over her career at the IMF, she has led the Legal Department’s work on a wide range of significant policy and country matters. She has written articles and many IMF Board papers on all aspects of the law of the IMF and co-taught a Tulane University seminar on that topic.